Eiyuden Chronicle: Rising is an action packed side-scrolling RPG with a ton of potential | Hands-on preview 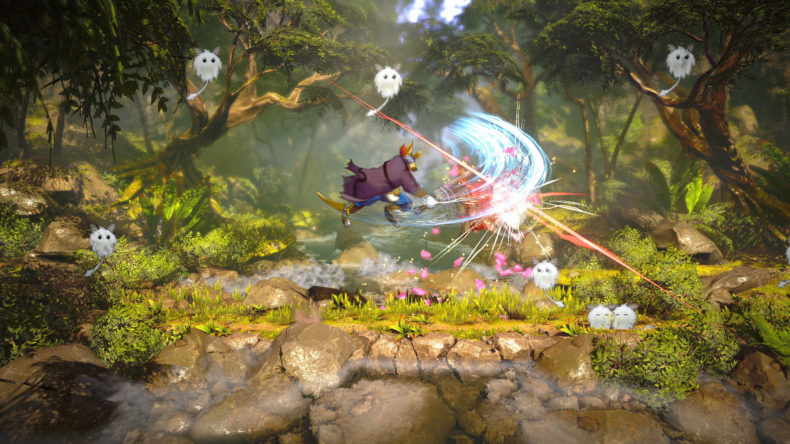 When two developers known best for their work on the Suikoden series launched a Kickstarter to create a classic JRPG, I was more than a little excited. The promise of a game where you gather an army to take down an evil empire sounded like something I’d need to play, and the gorgeous 2d sprite work only served to get me more giddy. Since then Rabbit & Bear Studios have announced a second game in their upcoming Eiyuden Chronicle series, Eiyuden Chronicle: Rising, an action RPG that will introduce some of the characters you’ll meet in the other game. It’s slightly confusing, but from what I’ve played Rising is anything but an afterthought.

CJ is a plucky young treasure hunter seeking glory and riches when she arrives in New Neveah. The mining community has seen better days, with a mayor gone missing and businesses and homes in ruin. The news that the local quarry holds top quality loot has brought many outlanders into the community, so to rebuild the town acting mayor Isha is asking newcomers to help out the locals if they want a pass to enter. CJ is more than happy to oblige, and thus begins a quest packed full of people to help. 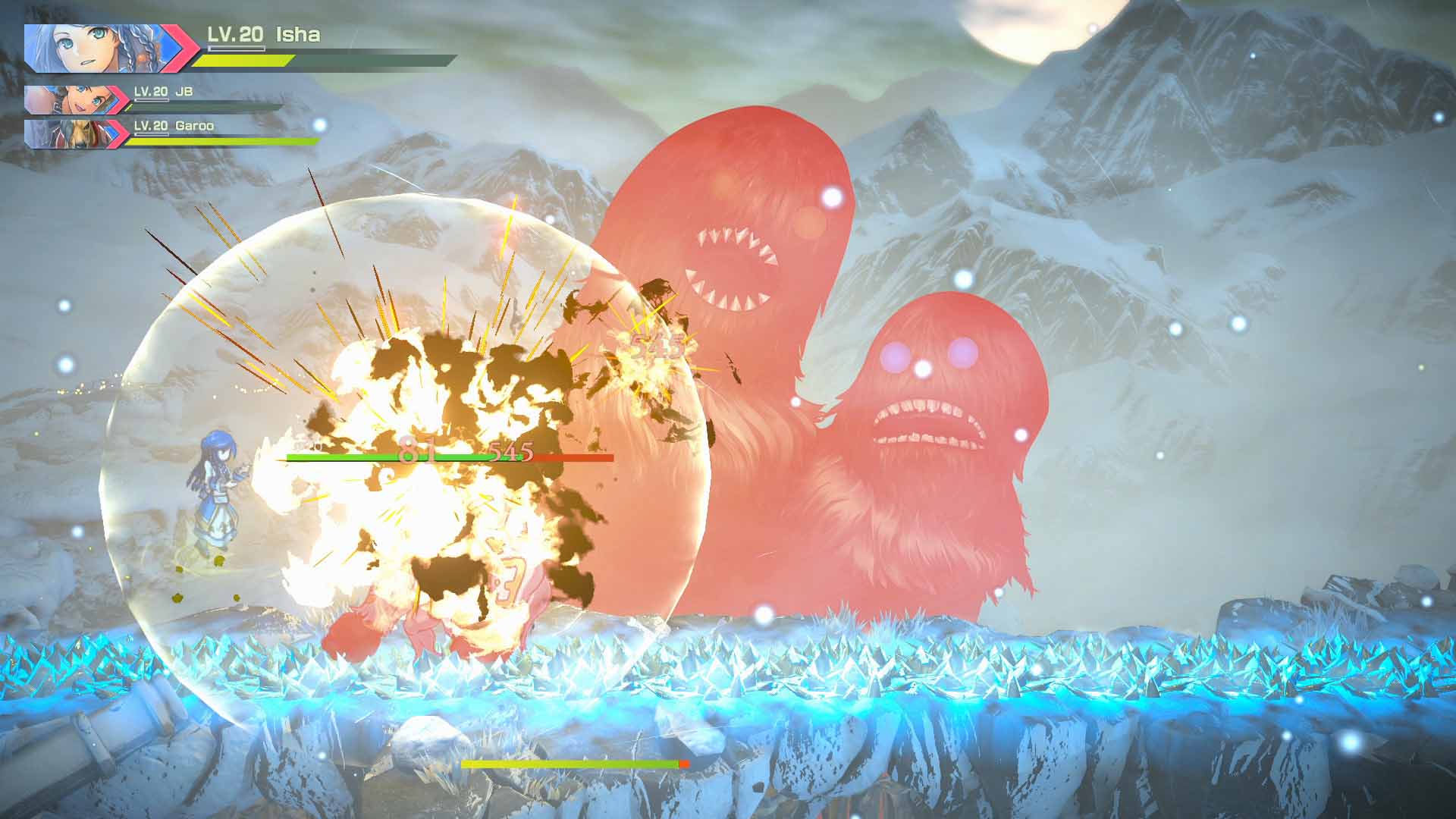 Most of the villagers’ issues stem from the monsters outside of town, and armed with her trusty climbing axes CJ is the perfect girl to explore the dangers of the local forest. Combat starts out fairly simple, with a three hit combo, jumping and a dash packed full of handy invincibility frames. Monsters come in all shapes and sizes, from practically harmless slime monsters to plants that launch damaging seeds in all directions. It’s pretty hazardous outside the gates of New Neveah, but the loot and experience makes it all worthwhile.

It won’t take long for CJ to start levelling up, with each slain foe and completed quest rewarding a chunk of EXP. From what I played, raising your level never really did anything more than boosting my stats so I dealt more and took less damage. There are plenty of other ways to power up your character though, and that involves picking up all the rocks, sticks and gargoyle wings you can carry.

To begin with most of your quests involve fixing up the shops in town (accompanied by a jaunty repair montage) and once there’s a few services in town you’ll really be able to do some damage. You can upgrade the base power of a weapon with some ore grabbed in the caves, and with the right materials can even add extra hits to your combo. Upgrading armour is just as important, and the first major upgrade I grabbed made my armour so light I could double jump. After only a few hours with Eiyuden Chronicle: Rising, I was starting to see a gameplay and upgrade loop I can’t wait to get stuck into later this year. 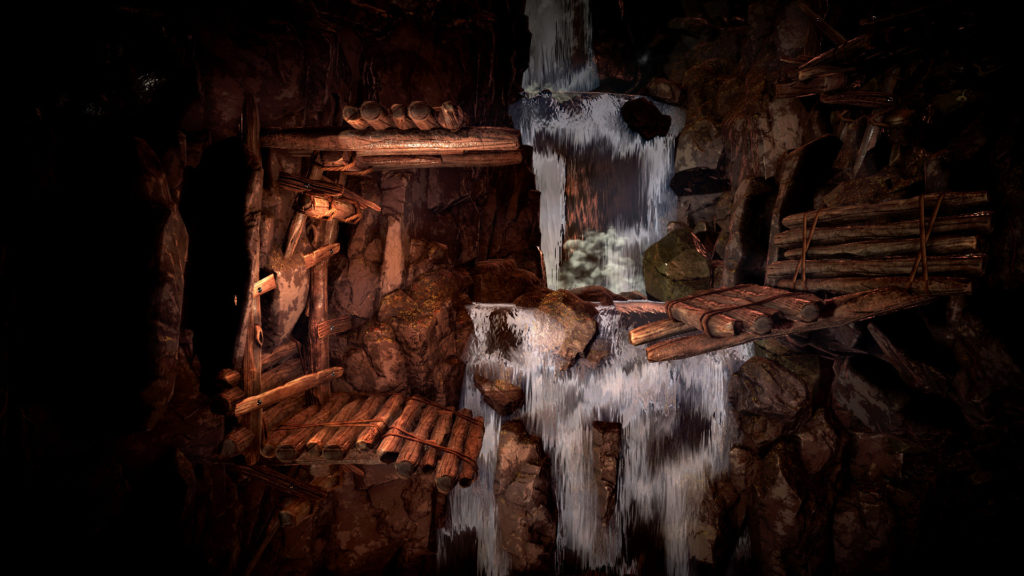 The moment I really began to see what Rising could be capable of was when I met my second party member. Garoo is a massive humanoid kangaroo with an eyepatch and a massive sword, so is clearly the coolest character ever designed. Once he’s shown his softer side and joined CJ on a trip to the mines, you’ll get to see his power in combat. Controlling him in combat is totally different than the nimble CJ, with big clunky sword swings and a block replacing the dash ability. You never actually have to commit to one hero over another though, with each face button representing a different ally. After each hit you can switch who’s attacking to perform a link attack which swaps characters and deals a special extra powerful blow. It’s kinda like tagging in a fighting game, and works really well in an action RPG setting.

You’ll need the extra power Garoo brings when taking on the massive bosses in Eiyuden Chronicle: Rising. I got to fight a creepy living tree and powerful rock golem during my time with the game, and both were fun and challenging. Fighting the tree was an exercise in pattern recognition and projectile dodging until its weak point was revealed, whereas the golem just took a ton of punishment until I finally broke its guard and could deal real damage. With the final game promising to deliver around 20 hours of content, I’m excited to use epic combo attacks on all sorts of enormous foes.

There’s a lot of other exciting systems to talk about in Rising. Like the Inn that’ll provide you with home cooked meals that buff your stats if you gather enough materials, and an Apothecary to make potions to use in battle. I was only able to scratch the surface in this preview, especially because there’s a third party member I didn’t even unlock. With plenty of upgrades and even longer link combos coming, the full game will have even more enticing action. 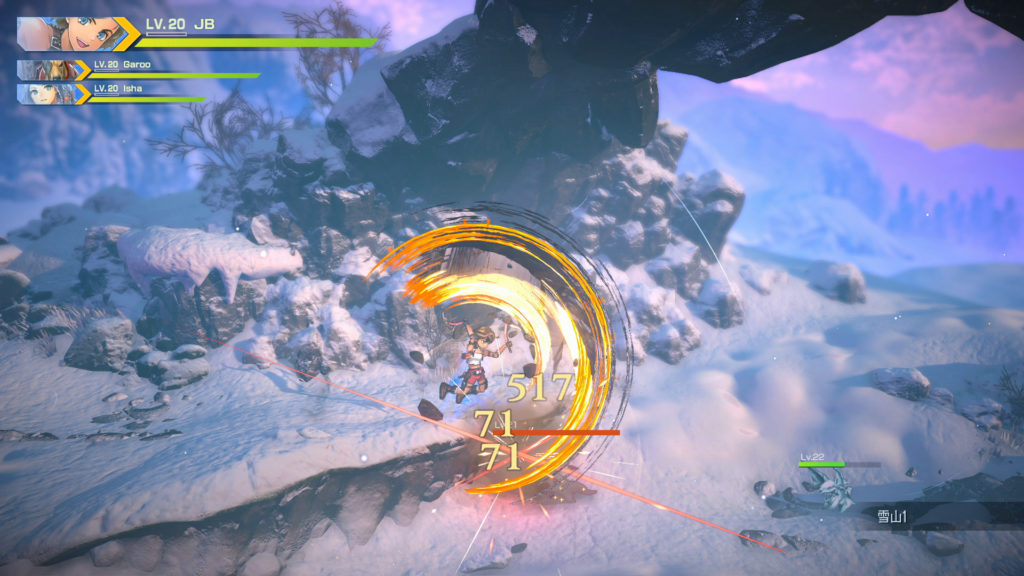 It would be heinous to preview Eiyuden Chronicle: Rising without talking about the gorgeous visuals. The 2d sprites put almost anything I’ve ever played before to shame, and the gorgeous 3d backgrounds are the perfect backdrop for them. The 2.5d revolution is in full swing now, and I am absolutely here for it.

Eiyuden Chronicle: Rising is an action packed side-scrolling RPG with a ton of potential. The combat is fantastic, and with an extra character to tag into will only get better later on. With plenty of ways to upgrade your characters, jaw dropping visuals and charming characters, this is a game that should be on the radar of all you fans of the genre.

Eiyuden Chronicle: Rising is due out this year for PC.