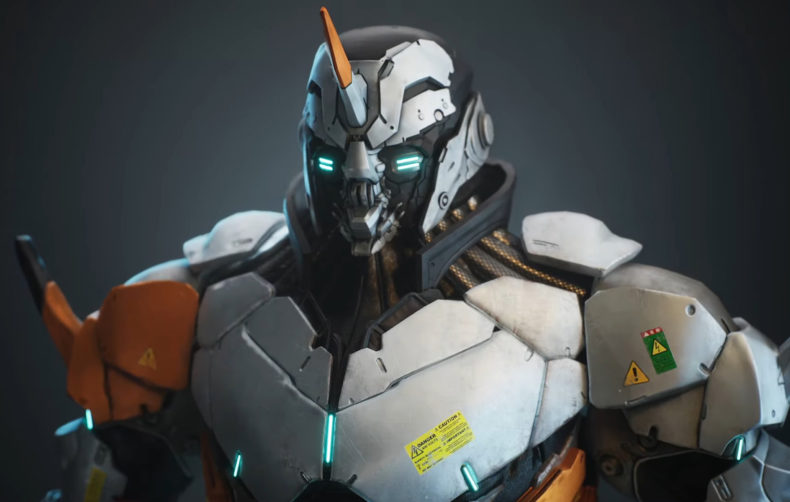 We don’t get enough mech games nowadays, so I’m always happy to hear about a new one. There’s some serious talent behind this game too, as award winning composer Giorgio Moroder is working on Vengeance is Mine. I can’t imagine much better than fighting robots with time powers, and although we don’t know much about the game itself currently this musical morsel is very interesting.

“110 Industries is pleased to announce its collaboration with Oscar-award winning composer Georgio Moroder for upcoming mech combat title, Vengeance Is Mine, currently in development for PlayStation 5, Xbox Series X|S and PC. Working with actress/singer and Vengeance Is Mine Creative Director, Stefanie Joosten, Moroder has put his legendary talents to use to record the title song for the game.

Moroder is a pioneering figure in the musical world, credited for his innovative use of synthesizers and his huge influence on everything from disco, to new wave, to techno. He has worked with scores of iconic artists, including Daft Punk, David Bowie and Donna Summer, and won three academy awards, scooping the Best Original Score Oscar for Midnight Express and two Best Song Oscars for his work on Flashdance and Top Gun. The Dance Music Hall of Fame inductee’s career also includes his work on the music for acclaimed 1983 movie Scarface, four Golden Globes and four Grammy Awards.”

“Vengeance Is Mine is a third-person melee mech combat title with a unique time-manipulation mechanic that adds a fascinating twist to encounters. Thanks to the capabilities of the HYDRA mech suit, the player will have the ability to speed up time and blink towards unsuspecting enemies, or rewind time to readjust combos or evade death. HYDRA also comes packing an energy-based projectile weapon that allows you to take on foes at distance.

In Vengeance Is Mine, players will step into the shoes of Gabriel Jaeger, brutally executed by his brother in order to obtain an old piece of technology that will allow him to operate the Deacon – a derelict military installation buried under the streets of New Amsterdam. Charles Jaeger, now in full control of the Deacon, rallies his flock to meet their spiritual leader Robert Wright beyond the horizon of space and time. His only problem is Gabriel. Somehow making it out alive, Gabriel is in control of the prototype HYDRA mech suit and ready to wreak his revenge.”