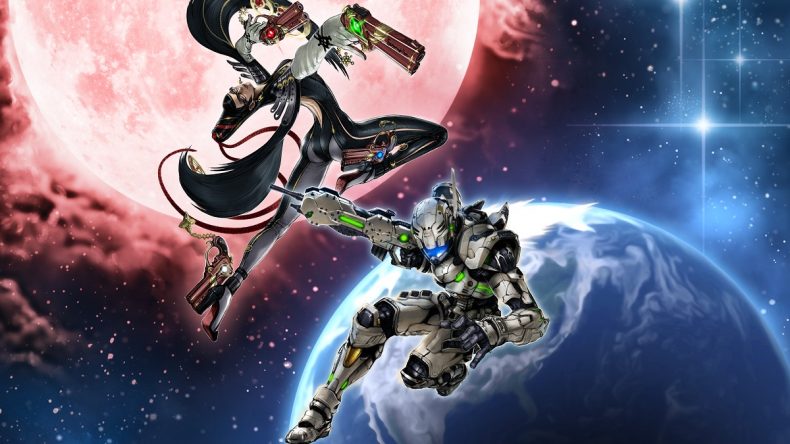 As I boot up Platinum Games’ Bayonetta & Vanquish 10th Anniversary Bundle, I feel pangs of frustration, guilt, happiness, and euphoria. It’s a weird concoction of feelings and emotions, and for a while I hate myself for leaving it this long, but as the minutes tick by, and I’m blowing the living shit out of robots, machines, and angels, I start to feel at ease with what’s going on. I am in love. It may have taken me ten years to play these classics, and even though I’m annoyed with myself that it’s taken this long, I am in my element.

Platinum Games has released some of my favourites over the last seven years. Nier: Automata, Astral Chain, and Metal Gear Rising: Revengeance managed to inject the chaos and excitement into my veins, providing me with superb combat and visuals unlike anything I’ve ever seen. I’d heard about how good Vanquish and Bayonetta were, but I never had an opportunity to play them, and I was unlikely to go back and hunt them out, what with so many other games taking up my time. Thankfully, to celebrate their ten years anniversary, they’ve been remastered for the current gen.

Self-loathing aside, now I could play both titles and enjoy them as many millions of other people had in the last ten years since they’ve been out. To say I’m infatuated with them is an understatement. Vanquish and Bayonetta definitely hold up, all those years later. Visually they may look a tad dated, but the frantic action of both games remains fresh with a smooth 60 frames per second, and the combat on offer challenges the best games released today. Vanquish is a cover-based shooter where you play as Sam Gideon, a DudeBro with a devil may care attitude and a big set of cahones. Earth is at crisis point, giving the Order of the Russian Star – a rogue Russian military outfit – the chance to threaten the USA with a microwave transmitter. They’ve already destroyed San Francisco, and unless Sam and friends can stop them, New York City will be next.

The amount of guns on offer is ridiculous, ranging from rocket launchers to laser canons to use. Throw into the mix a highly efficient augmented suit, and you’ve got all the ingredients of a one-man killing machine. What makes Vanquish so special is the way all your abilities work together to create a seamless flow of action. Holding the left bumper allows Sam to power slide everywhere, giving you increased speed to either charge into battle or evade a tricky situation. You can dodge out of the way of an enemy, and by pressing the left trigger at the right time, you’ll enter a short period of bullet time, giving you an opportunity to do significant damage to the enemy.

Like most of Platinum’s back catalog, the focus on crazy action and a mixed move-set is present in Vanquish. No matter how mad it gets, you always feel like you’re in control. There’s always plenty of cover to regain your power gauge, and there’s so much cracking off that you’ll never grow tired of shooting those damn enemies. Boss fights are a big highlight, offering a range of attack patterns to study, and even when you’re not one-on-one with them, there’s still lots of different enemies scattered throughout the various stages. Bayonetta is a different beast, but the combat is equally as enthralling, opting for hack-and-slash heaven as opposed to bullet hell. Bayonetta is an Umbra witch with no recollection of her past, and after awakening from a 20-year slumber at the bottom of a lake, she slowly pieces together the past to uncover the story of the Umbra Witches and the Lumen Sages. It’s a camp horror with plenty of Platinum charm, and even if Enzo is one annoying dude, the game is a goddamn gem. Bayonetta has such a large move-set, using pistols attached to her shoes, hair that can summon demons, and extravagant combos that allow her to beat the shit out of her enemies in so many different ways.

If you dodge at the last moment, you unlock ‘Witch Time’, and this slows down time for a short while so that you can get some well-timed attacks in without any repercussions. The guns can act as long range attacks, and by holding in your melee attack buttons, she’ll fire from a distance. One of my favourite moves was spinning the left analogue stick around followed by holding in fire to use a 360 attack that shoots everyone within range. Torture Attacks are also cool as hell, allowing Bayonetta to summon different devices like a guillotine, iron maiden, or tombstone to do some serious damage to her enemies. She can also transform into different animals (or Beasts) to aid her in combat. You can unlock plenty of abilities by spending Halos you collect in-game, and the options are plentiful.

If you’ve never played Vanquish and Bayonetta before, I cannot recommend them highly enough. They provide very different experiences, but both take combat to the next level and neither one feels dated, even though they were released ten years ago. The stories are hammy and over-the-top (in a good way), the music is awesome, the action is endless (even if there’s the occasional lag in cut-scenes), and the gameplay is so satisfying that you’ve got plenty of reasons to play them again even after you’ve finished. Hopefully SEGA sees how loved Vanquish is to ponder on whether to make a sequel with Platinum, and with the upcoming releases of Microsoft and Sony’s new consoles, the possibility of seeing more of Sam Gideon is a rather exciting one.

If you've never played Vanquish and Bayonetta before, I cannot recommend them highly enough. They provide very different experiences, but both take combat to the next level and neither one feels dated, even though they released 10 years ago.