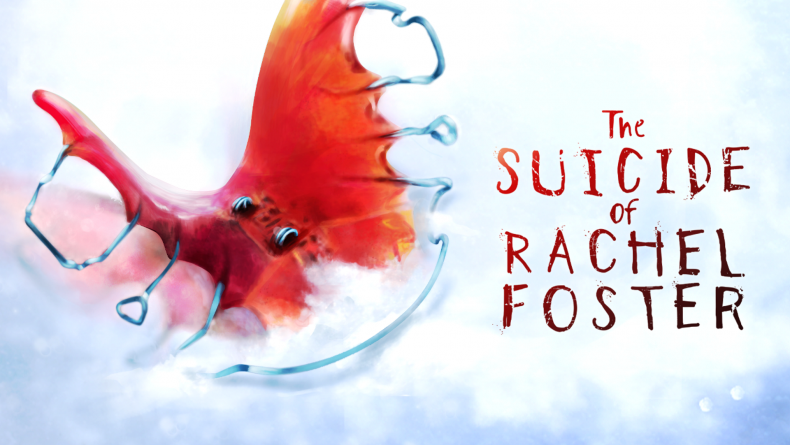 I’m a firm believer that any subject matter can be covered in the medium of video games. As long as the appropriate steps are taken to respect the subject matter and those who may be affected by it. The Suicide of Rachel Foster is fairly blunt as titles go, though the approach by One O One Games is anything but. It’s clear from the outset, there is a respect here for the topic at hand, and how the raw story they wish to tell could affect people. Every time you begin a new session, there’s advice to seek help and reach out to others for support if you are struggling. It’s a message I would echo as well before we continue, given the serious nature of the plot.

Remember, you don’t have to go through things alone.

Set in the early 90s, the protagonist of this tale is Nicole, a young woman who has lost both of her parents. The death of her mother sees her become the owner of the family hotel, The Timberline, high up in the mountains. It is a place of childhood memories for Nicole, that she’d rather forget. Not because her upbringing was hard or painful, far from it, but more so the tragic events that resulted in her abrupt departure ten years ago: the suicide of Rachel Foster. As the new owner, Nicole travels to the hotel to inspect it, with a view to selling, only to get trapped alone there due to a pretty nasty snowstorm. Her only contact with the outside world is via one of the first mobile phones, which keeps her in touch with Irving, a FEMA agent tasked with helping her through the transaction. Wandering around a large abandoned building alone is a pretty well-traveled narrative trope, particularly in horror games. But The Suicide of Rachel Foster feels equal parts horror and mystery to set up more of an exploration-thriller than anything else. As you search more of the hotel, the mundane tasks of securing food and lighting quickly escalate as you begin to unravel more of your family’s past and how it is interwoven with Rachel’s before her death. You begin to accidentally uncover clues that feel out of place, that confuse and challenge Nicole’s perspective of what happened in her past.

Undoubtedly, this is a game dripping with atmosphere, through some very well-considered design decisions. The empty hotel quite rightly feels old and full of memory, its foreboding walls, rooms, and corridors could tell a thousand stories. Narrow corridors feel suitably cramped, restricting your field of vision, but even the wider open rooms are full of furniture and knick-knacks that prevent you from ever feeling at ease in those open spaces. The relentless storm outside provides constant claustrophobia as the wind rattles the shutters, and howls through every nook and cranny. It’s a perpetual reminder, that no one is coming, and this journey of discovery is yours and yours alone.

The story is broken up into days, with you playing out the key moments of each. A lot of this is back and forward phone calls with Irving, and then exploring more of the hotel for a particular purpose. The pacing of the story is an interesting one, because it starts off slowly with Rachel’s suicide being mentioned, but not really tackled. Then, the breadcrumbs of intrigue begin to force Nicole into a mystery she feels compelled to solve. From there on in, the narrative ramps up quite significantly. And the hard-hitting themes and plot that the game’s title suggests definitely are addressed as the story reaches some quite hard-hitting crescendos. Whilst dramatic and emotional, the way in which the key themes are dealt with is respectful without downplaying their impact. There’s clearly been care and consideration to how best deliver the more poignant moments the developers wanted to display. My only criticism would be that the ending felt perhaps a little rushed. So as to not reveal its hand, plenty is kept back from you until quite near the end and then laid out all at once. It’s well done, but a few more nods and clues earlier on might have made me feel more in control of the mystery. Alternatively, a few more minutes stretching out reveals would have helped slightly with the pacing. It doesn’t undo the narrative or make it feel cheap, but it just feels like its three-hour runtime ends just a little too soon.

In such a conversation-led story, the quality of the voice acting is critical, and it hits the mark here. The interactions between Irving and Nicole feel realistic and help immerse you as a player. It’s engaging to see Nicole go from being a confident, assertive young lady, familiar, but ultimately frustrated by her situation, into a more erratic personality. As doubt and mystery creep in, her sense of fear and unease is clear in her words and tone. Irving, meanwhile on the other end of the line provides a calming tone, but even he has a sense of passion and duty of care for Nicole, worrying for her safety. Also, despite there being decision-based dialogue, the conversations still feel fluid and natural, reinforcing the quality of the writing.

As usual in titles that champion atmosphere, headphones are recommended. The use of binaural audio is well-done, as sounds such as ringing phones move to each ear depending on your character’s orientation. The creaking floorboards or crunching carpet underfoot feel eerie in the hotel’s otherwise silent existence. As tensions ramp up, the use of sounds to further unease Nicole and you are well-placed, and purposeful, as you will discover by the end. The occasional music you do notice tends to juxtapose the mystery of the narrative. In the same way that safe rooms in Resident Evil have their reassuring calm music, the softer melodies that play when you’re in your bedroom or surrounding areas provide a welcome respite to the uncertainty. There are some neat visual ideas, that perhaps not unexpectedly work well because they restrict what you can see. This is a game that understands that unease comes from hinting at the unknown without showing it to you, allowing your imagination to run wild. So when the lights go out and you’re reliant on a dynamo flashlight for sight, or even worse, the flash from a Polaroid camera, fearing what you might see is an incredibly effective tool for tension. Playing the game on the highest visual setting shows it off in all its glory. However, it does expose the short draw distance and pop-in of texture detail. There were plenty of occasions I’d spot something in my peripheral vision, thinking I need to pay attention to it, when in fact it was just some detail popping in for a wall or hanging picture and nothing more. It was slightly distracting, and something I had to accept in the end due to its frequency.

The Suicide of Rachel Foster could have been an over-the-top, blunt take on the emotive subject of mental health. Instead, it deals with the topic head-on with finesse and respect so that it hits home, but for all of the right reasons. It’s an experience that whilst centred on a tough topic, manages to create a mysterious, engaging narrative that discusses much more than its title implies. And in the moments it does deal with the elephant in the room, the care and attention feel real and it leaves you asking the right questions of the subject matter. It doesn’t pretend to have the answers or cast judgment itself but leaves it open for unique reflection and interpretation of the player. And thanks to the brave, but equally respectful approach, this is an experience well worth undertaking.

The Suicide of Rachel Foster tackles some tough issues but in a respectful way. Surrounding it is a mystery that will intrigue and surprise right to the end.