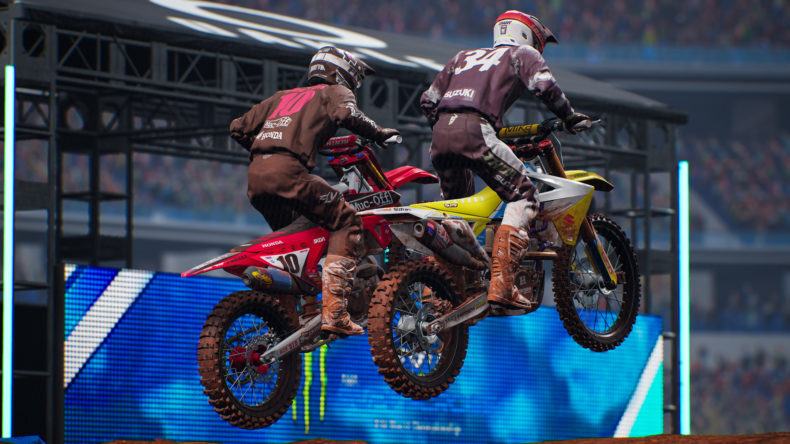 We’re in a heavy period of driving games once again, and Milestone will be releasing Monster Energy Supercross 5 in March. I got to play a preview build recently to get a feel for some of the changes made since MES4. While the preview wasn’t packed with content, I did get to see what improvements had been made to the heart of Supercross: the driving. There are definite improvements, however, it’s too early to say how these play out in the full game. Saying that, there’s a more organic approach to tearing round a track trying to get in first position.

Racing certainly feels sharper, and taking corners feels smoother. In the previous entry, it felt a little stiff and unnatural. Managing your weight distribution when going into a turn has always been important, but now it’s more considerate about how and when you muscle into it. If you are successful when turning, the pay-off is satisfying. You feel your patience and precision is noticed whenever you get it right. This in partly due to how Monster Energy Supercross 5 is more responsive in its gameplay. 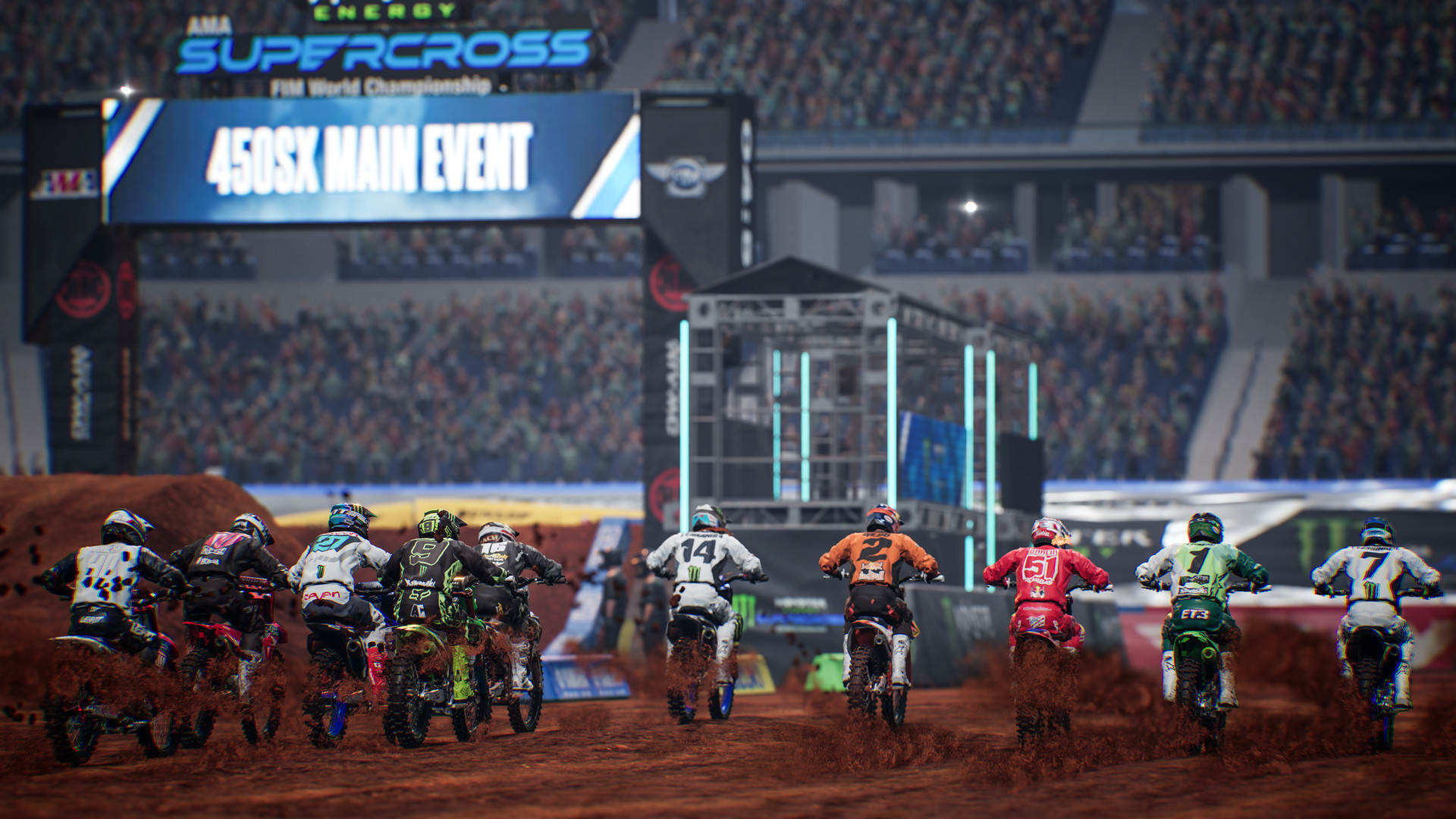 Another key feature in the improvements is when landing a jump successfully. Control after coming down from a bump in the course is much better. You don’t veer off too much and can then organically turn into a corner with a greater sense of control over your decisions. As you’re more vulnerable on a bike as opposed to a car, it seems as though Milestone has put more in place to take care of you when in the air and around other racers. You’re not punished for your mistakes in the same way, but given certain assists to help manipulate courses and the competition.

This just means that newcomers are given a cushion so they’re not put off instantly. Having the option to turn on aiding in jumping, steering assist, or even that rewind option means players don’t struggle as much. Of course, once you start to feel more at home, these can be turned off. Whether you use them or not, the racing does feel more enjoyable and complete this time around. Monster Energy Supercross 5 is heading down the right path. 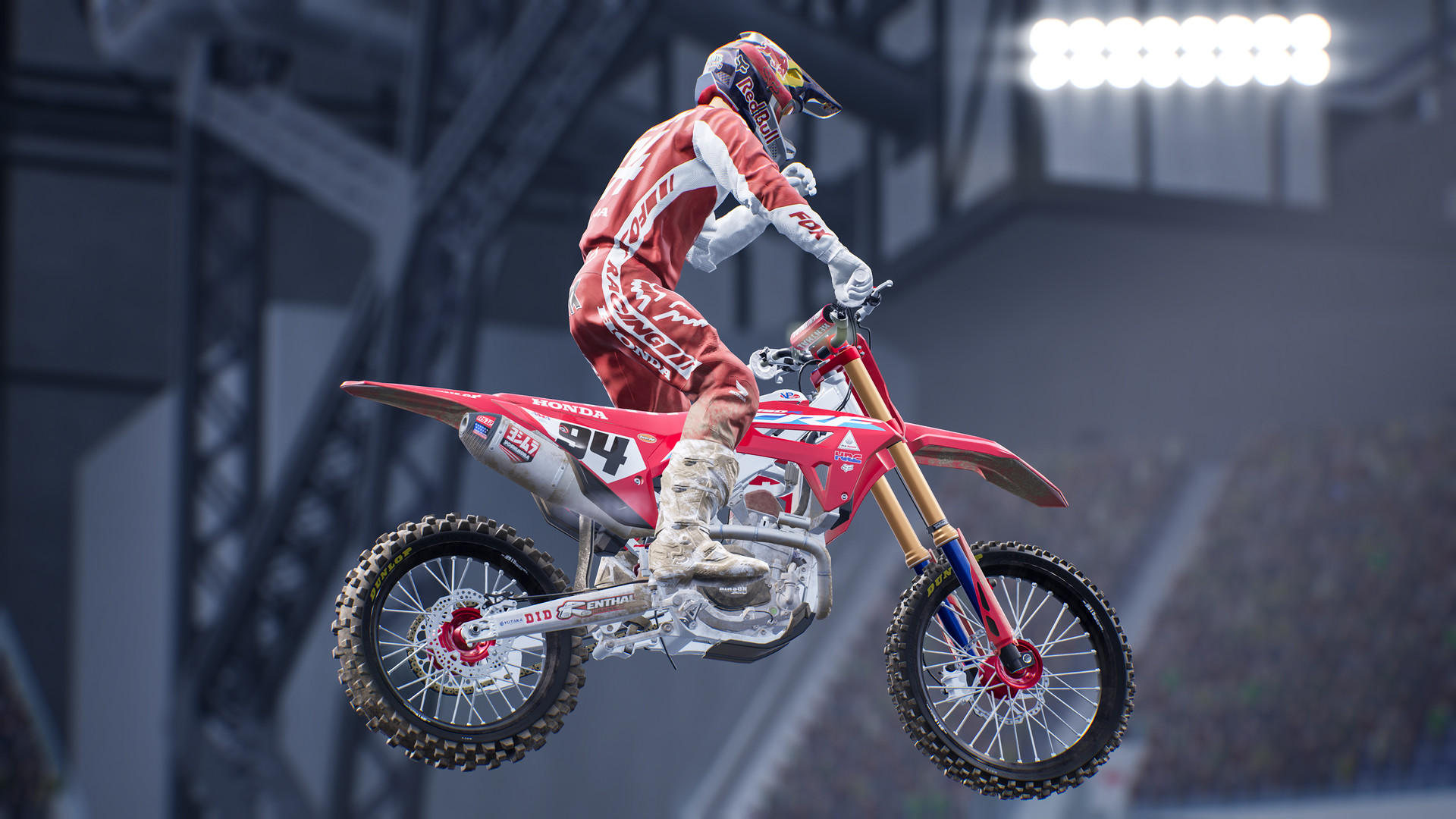 A big feature included to help players is the Futures Academy. It’s been an omission in previous games. For too long, the tutorials in the MES series consist of a quick lap around the track with a few “this button does this” prompts. You were expected to just get on with it. Now, the Academy lets you compete in a tutorial race. There are now other lessons that explain the systems a bit more, specifically controlling your bike in all facets.

The general presentation has been improved, giving menus a bit more life than previous iterations. The tracks, racers, and presentation of races look sharper, though. It’s hard to compare it to the likes of phenomenal racers like Gran Turismo 7 and Forza Horizon 5, but Milestone has done a decent job in making it look good enough. Again, it’s a preview build so there’s time for those final kinks to be ironed out. As it stands, Monster Energy Supercross 5 is pretty enough that the improvements are noticeable. As it stands, MES5 has made sure the racing aspect feels more satisfying and welcoming. It definitely offers a challenge, but there’s enough guidance for those who need a helping hand along the way.

Monster Energy Supercross 5 is due out on PlayStation, Xbox, PC, and Switch on March 17th.

Video games are cool. Don't let anybody tell you any different.
MORE LIKE THIS
MilestoneMonster Energy Supercross 5Preview