previous
What to look at when choosing Online Casino payment methods?
random
next
Moonscars is a gorgeous, brutal 2D Soulslike
0 comments 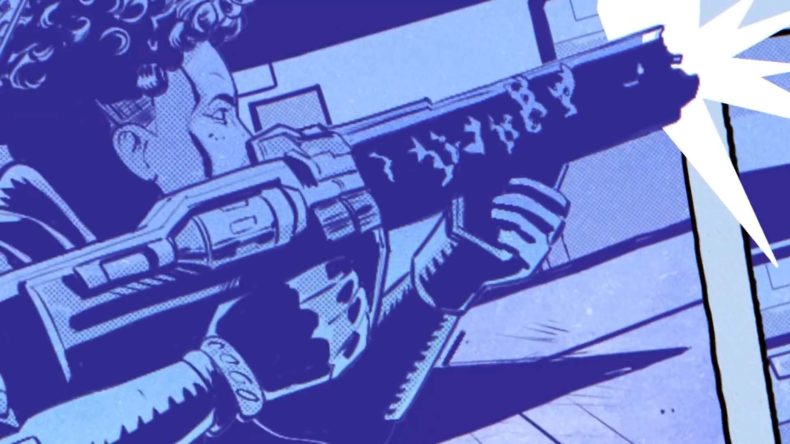 Apex Legends is going from strength to strength at the moment, and a brand new major update has been revealed as well as the next hero that will be joining the game.

It’s all happening on May 10th, when the new update called “Saviors” will be released. The new hero is called Newcastle, and we’re pretty sure it’s not named after the football team, though if people choose to nickname him “The Magpie” that’d be fine, also.

Not a huge amount of information has been given about Apex Legends: Saviours just yet. The end of the trailer suggests the full hero reveal will be happening on April 28th, with another “stories from the outlands” video. What little information we have so far is from the trailer as well, with a short blurb.

When a monstrous beast attacks Storm Point, new Legend Newcastle leaps into the fray to protect and inspire his fellow Legends: because that’s what heroes are for.

It looks as though Newcastle has some kind of deployable (possibly throwable) shield that can be used to protect himself and his teammates in Apex Legends. Earlier on in the trailer his shield is also able to be used as a… well, normal shield, as well.  The trailer also shows a lot of Bangalore, who is an offensive-type character, which might be a hint that the two work well together, being opposites, and… look, slight spoilers for the end of the trailer, but, being siblings helps.

That’s about all the information we have. Newcastle is apparently “The Hero of Harris Valley, Newcastle will need to shield his squadmates and his secrets to survive the Apex Games”, and The Downed Beast looks to be some kind of time limited mode, though we’ll have to wait and find out if that’s the case. Lastly, there seems to be a Ranked Reloaded mode coming with Saviours, along with a Season 13 battle pass for the event that offers the chance to “battle through Daily and Weekly challenges to earn rewards like Legendary skins, reactive weapon skins and more”.

Apex Legends is out now on all formats, for free!