“Godfall was a hugely ambitious game for us” – Godfall: Ultimate Edition interview with Dan Nordlander 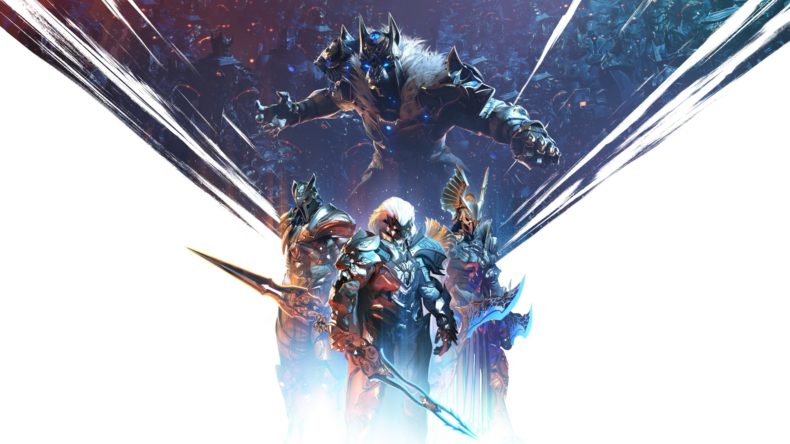 Recently updated to the Godfall: Ultimate Edition, the game was first released as a ps5-launch title in November 2020. It’s an action looter developed by Counterplay Games and published by Gearbox Software. In it you play as Orin, last of the godlike Valorian Knight in the world of Aperion. Equipped with twelve Valorplates that alter his appearance, gender and fighting style, Orin embarks on a quest to save his kingdom from the hands of his mad brother, Macros.

In his original review, Adam said:

The combat is just so good, and the draw of smashing enemies with such thunderous force was always compelling. Yes, under it all it’s a grind-based loot game, but it’s a very good one and makes so few of the missteps its contemporaries make. Out of the box this game doesn’t need major loot overhauls, or huge redesigns: it’s not ashamed of what it is, and it does what it intends very well, and because of all of that, it’s one of the biggest surprises of the year.

Since release it has seen a number of updates, including the Fire & Darkness expansion and the Challenger Edition.

The Godfall: Ultimate Edition features all of the existing content as well as a plethora of new features and quality of life improvements. Not only can you instantly boost your character to max level and get stuck right into the endgame, you can also play through the entire campaign with new cutscenes, story beats, and dialogue that enhance the narrative. 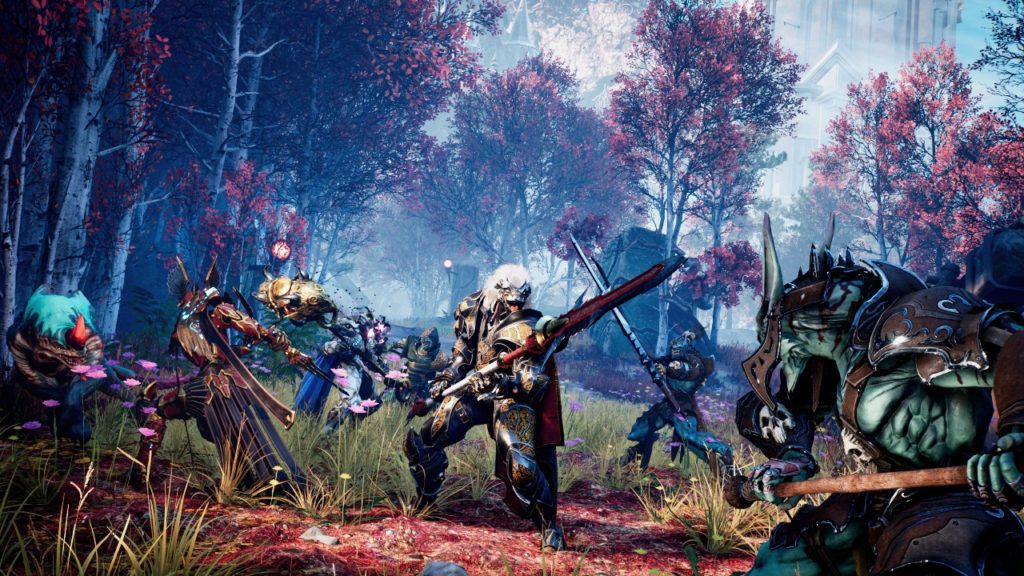 The huge Exalted Update (launched for free alongside the Ultimate Edition) adds new features to combat, including a knockdown recovery move that keeps the pace high during fights. There’s also a host of new cosmetics for your weapons, armour and shield. New cosmetics for each of the twelve Valorplates allow you to customise your look to a greater degree.

Despite a mixed reception at launch, Godfall has gone onto great success, fuelled by consistent player engagement and regular updates and tweaks by the developer. Following the launch of Godfall: Ultimate Edition, GodisaGeek got the chance to speak to Game Director, Dan Nordlander of Counterplay Games, about Godfall’s post-launch success, as well as the future of the title.

GIAG: After a slightly rocky launch, Godfall has gone from strength to strength. What do you think has been the key factors in that success?

Dan: Godfall was a hugely ambitious game for us and it was a great honor to be a PlayStation 5 launch title, but we also heard the community when they offered us insight on how they would like to see the game improved. Listening to the fans, analyzing the data, and then of course going down our internal wish lists were the three factors that drove all of the changes and additions we’ve made since launch.

GIAG: Are there plans to extend the story campaign, in a similar fashion to say, Destiny 2?

Dan: Destiny is a live-service title, whereas Godfall is a more traditional, all-inclusive package. That said, we did broaden the campaign, world, and story with the Fire & Darkness DLC expansion released last year. Additionally, the free Exalted Update comes with a host of story enhancements like new cutscenes, more NPC interactions, contextual loading screens and new Macros dialog. At this time, we have no additional updates to share about potential further expansions to Godfall’s story. 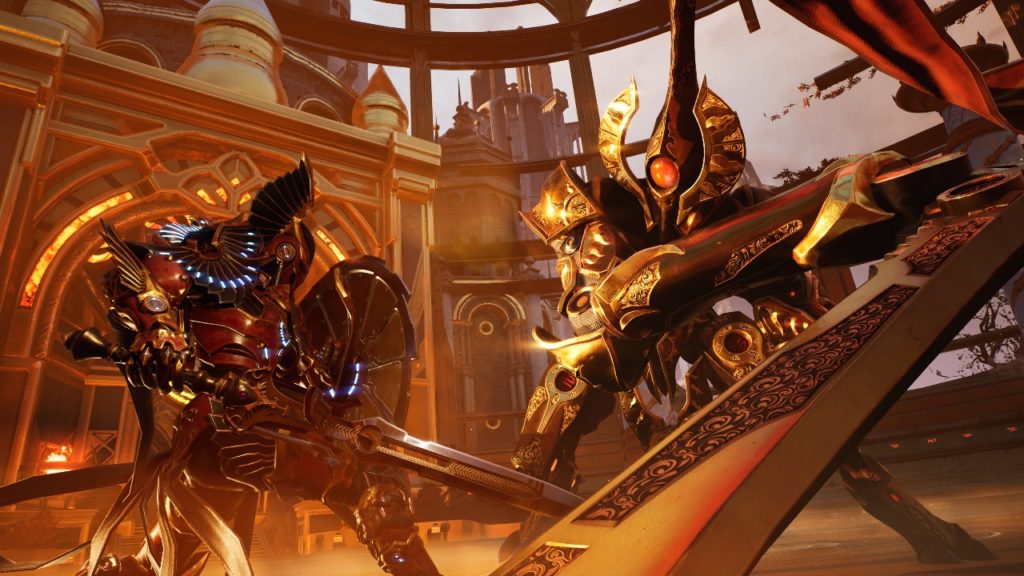 GIAG: Where do you see Godfall in 3 years? Is it a universe you intend to expand on?

Dan: That’s something we’re talking about now so we don’t have news to share at the moment. All I can say is that our team loves this universe.

GIAG: How difficult is it to balance a game like Godfall and maintain a happy medium for both solo and co-op players?

Dan: We’re ultimately focused on letting players have fun and feel badass doing it, no matter how they choose to play the game. We think both the single-player and co-op experiences in Godfall succeed at exactly that.

For more experienced players we provide plenty of options to increase the challenge (and also the loot!), including harder difficulty settings, dynamic endgame modes, and the newly added Exalted Tower of Trials that has even our most hardcore testers sweating profusely [laughs]. For those looking for a more casual experience – Godfall’s missions do come with difficulty settings that decrease enemy health making the combat a bit more forgiving.

GIAG: Are there any plans to bring a PvP mode into Godfall?

Dan: No. Godfall was strictly envisioned as a story-driven single-player and co-op experience. 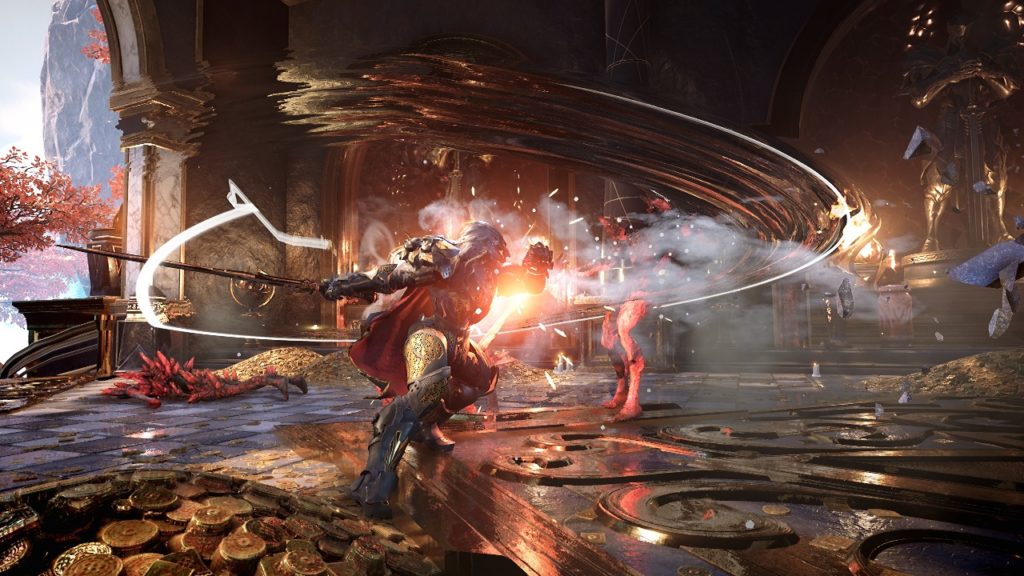 GIAG: Given the structure, people are surprised Godfall has no season pass? Is this something that’s likely to change or a deliberate stance?

Dan: This was a very, very deliberate stance. This is not a live service game. We have hundreds of cosmetics in Godfall: Ultimate Edition but they can all be unlocked by simply playing the game as you did in the good old days.

GIAG: Godfall looks incredible. What were the key inspirations for the aesthetic?

Dan: Godfall first and foremost built off the mixture of sci-fi and medieval that we really loved from our first game, Duelyst. So we took that and the vibrant colors to the next level to ensure they jumped off the screen on next-gen consoles and the latest range of PC graphics cards.

Beyond that, our team drew not only from our experience on titles like Destiny, Titanfall, God of War, and Halo, but also from beloved sci-fi and fantasy series such as Brandon Sanderson’s The Stormlight Archive, Joe Abercrombie’s The First Law, and Isaac Asimov’s Foundation. 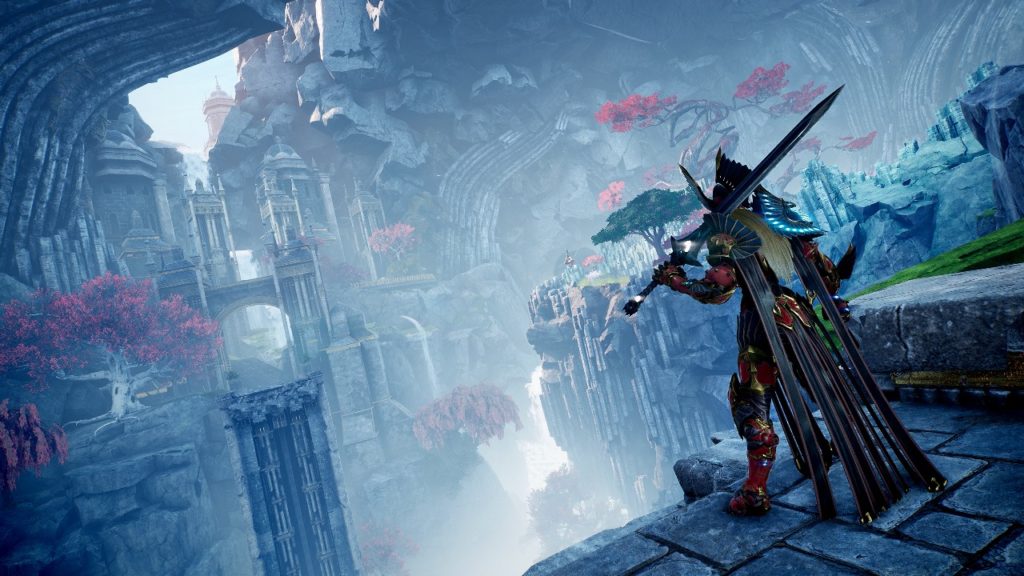 GIAG: Will you ever introduce new Valorplates to the line-up? Or perhaps skins that change the appearance beyond colour schemes?

Dan: We have 12 Valor Plates in the game already, and our goal is quality over quantity. That’s why we introduced Valorplate Shards in the Exalted Update, which gives each Valorplate four unique skills, three passive abilities and generally makes each of them much more distinctive and rewarding to play.

As for cosmetics, we have a ton of skins in the game that are far more than color swaps. Our art and lore teams have done a fantastic job of creating some truly awe-inspiring alternate Valorplates models, including the all-new Ascended and Exalted Valorplates, to the point that it’s hard for me to decide what I’m going to wear for a night out on the town in Aperion. [laughs]

Senior Content Editor Mick has been playing games for over 30 years and writing about them for around 12. After drifting from site to site for a while, settling briefly at the now-defunct Made2Game and freelancing for the gone-but-not-forgotten NintendoGamer Magazine, he came at last to rest at Godisageek. Mick has been a reviewer, staff writer and content editor here for some time, while also moonlighting a little for Red Bull Games. He has 4 kids, has written 2 novels, and sometimes even manages to pay a bill or two. You'll usually find him defending the galaxy in Destiny 2, battling evil in Diablo 3, or lurking in the background on Twitter. Find him there @Jedi_Beats_Tank, or on XBL (JediWaster247), PSN (Jedi_Waster) or Nintendo (JediWaster).
MORE LIKE THIS
counterplay gamesGearbox Softwaregodfall