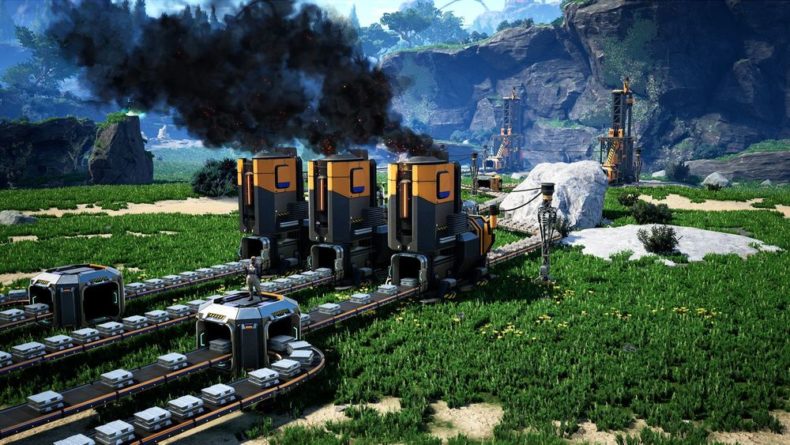 I’ve heard nothing but good things about Coffee Stain’s factory building simulator Satisfactory, and the game seems to be going from strength to strength with the new Satisfactory update promising to revitalise a few areas and drop some new critters in for good measure.

“Coffee Stain Studios is excited to announce the details and launch window of Update 6 to Satisfactory, the otherworldly factory building simulator. As the game continues to build out its content ahead of full release, Update 6 will provide changes and improvements focused around the Exploration aspect of the game.

Coffee Stain Studios has confirmed that Satisfactory is coming closer to exit Early Access following its hugely successful rollout so far. It is entering into a new phase of production where the big content updates we have seen in the past will taper down while the studio focuses entirely on finalising the game for a 1.0 release. The coming updates will shift to have a stronger focus on specific sections of the game.

The headline additions with this update include complete area overhauls to the Spire Coast and Swamp, new creatures and critters to test the combat capabilities of FICSIT’s employees, and a conveyor belt full of quality of life improvements. Update 6 is set to launch on Experimental in June 2022.”