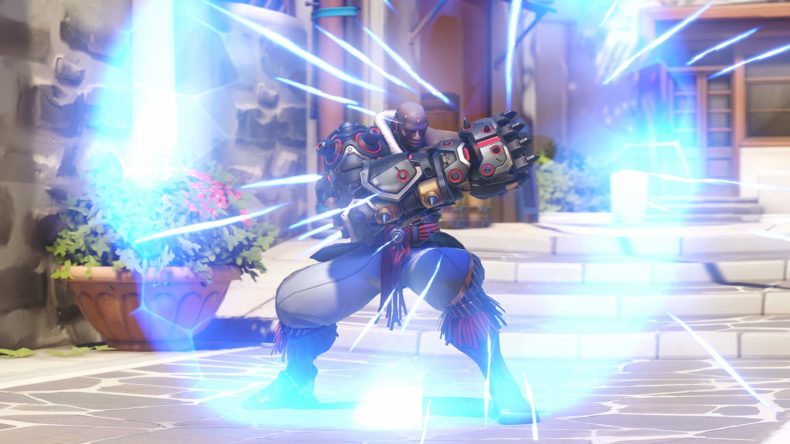 Things have been quiet on the Overwatch 2 front for quite some time. Despite the first game being incredibly beloved, with multiple members of the team leaving, Overwatch 2 was a little bit in limbo.

But now things are ramping up, and not only do we have a closed beta to look forward to next week, but Blizzard has revealed heroes Orisa and Doomfist are getting major reworks for the game. There’s a lot of info to get through here, so let’s start with Doomfist, and the official word from the developer. 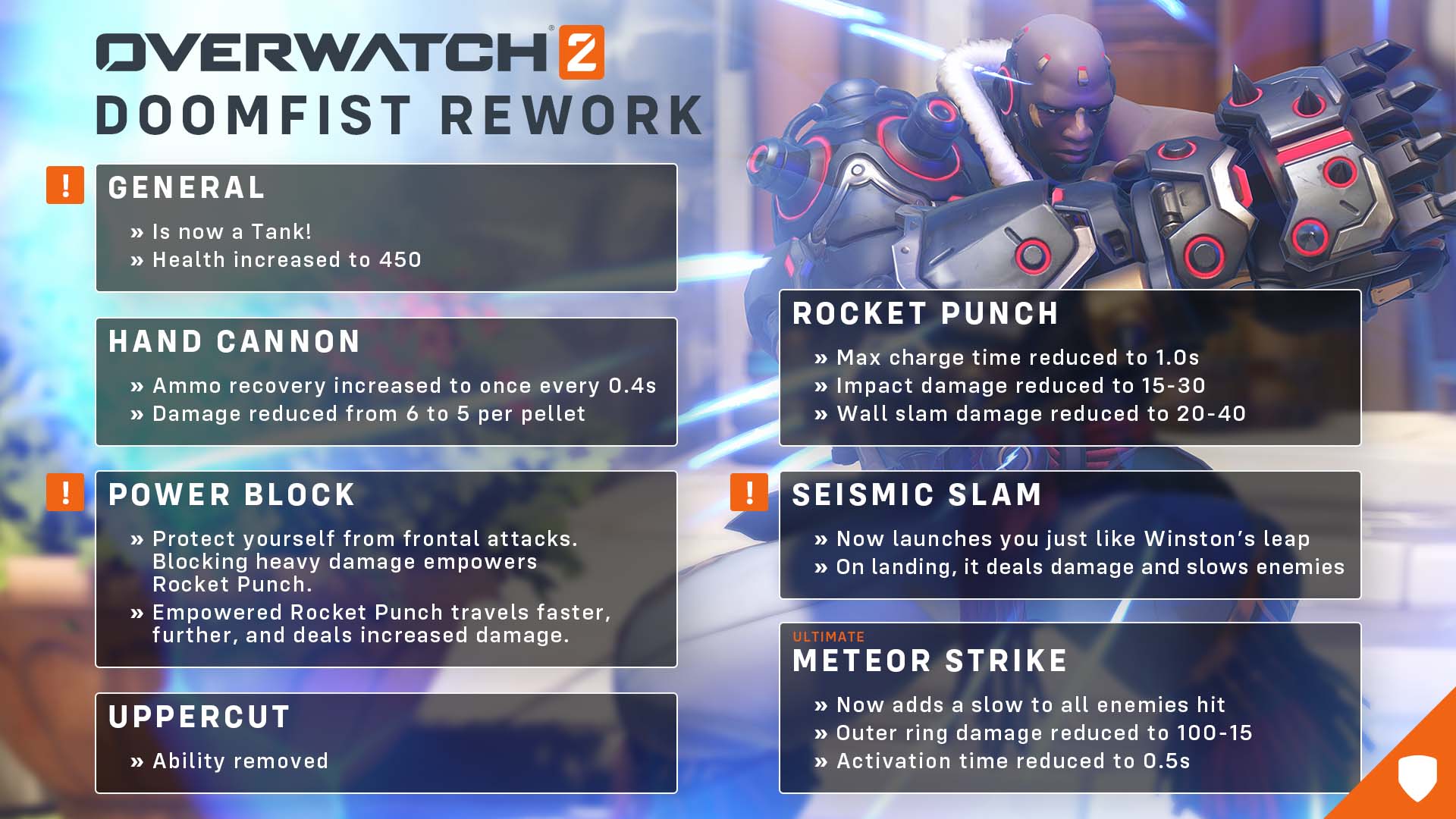 Although the new 5v5 team composition will change the way tanks approach team fights, their primary objectives will remain the same: focus on making space for their team, initiate engagements, and peel for allies in trouble. Overall, they’re going to feel brawlier, dishing out damage while utilizing their strong defensive capabilities.

Lead Hero Designer Geoff Goodman led the charge on Doomfist’s transition from damage to tank hero. His base health is increasing from 250 to 450, putting him much more in line with other tank heroes. Hand Cannon will function similarly, trading faster ammo recharge for slightly less damage. Rocket Punch is quicker and deals less damage, but still has the potential to knock back enemies.

Power Block is the new core of Doomfist’s kit. With Power Block, Doomfist enters a defensive stance that reduces all damage taken from the front by 90%. Doomfist’s gauntlet becomes charged if he blocks enough damage with Power Block. His charged gauntlet empowers his next Rocket Punch’s damage, knockback radius, travel speed, and distance. His targets will be stunned if he knocks them against a wall. Seismic Slam now launches Doomfist into the air towards where you’re aiming, like Winston’s leap, and Doomfist’s ultimate, Meteor Strike, has gained new utility and a shorter cast time. 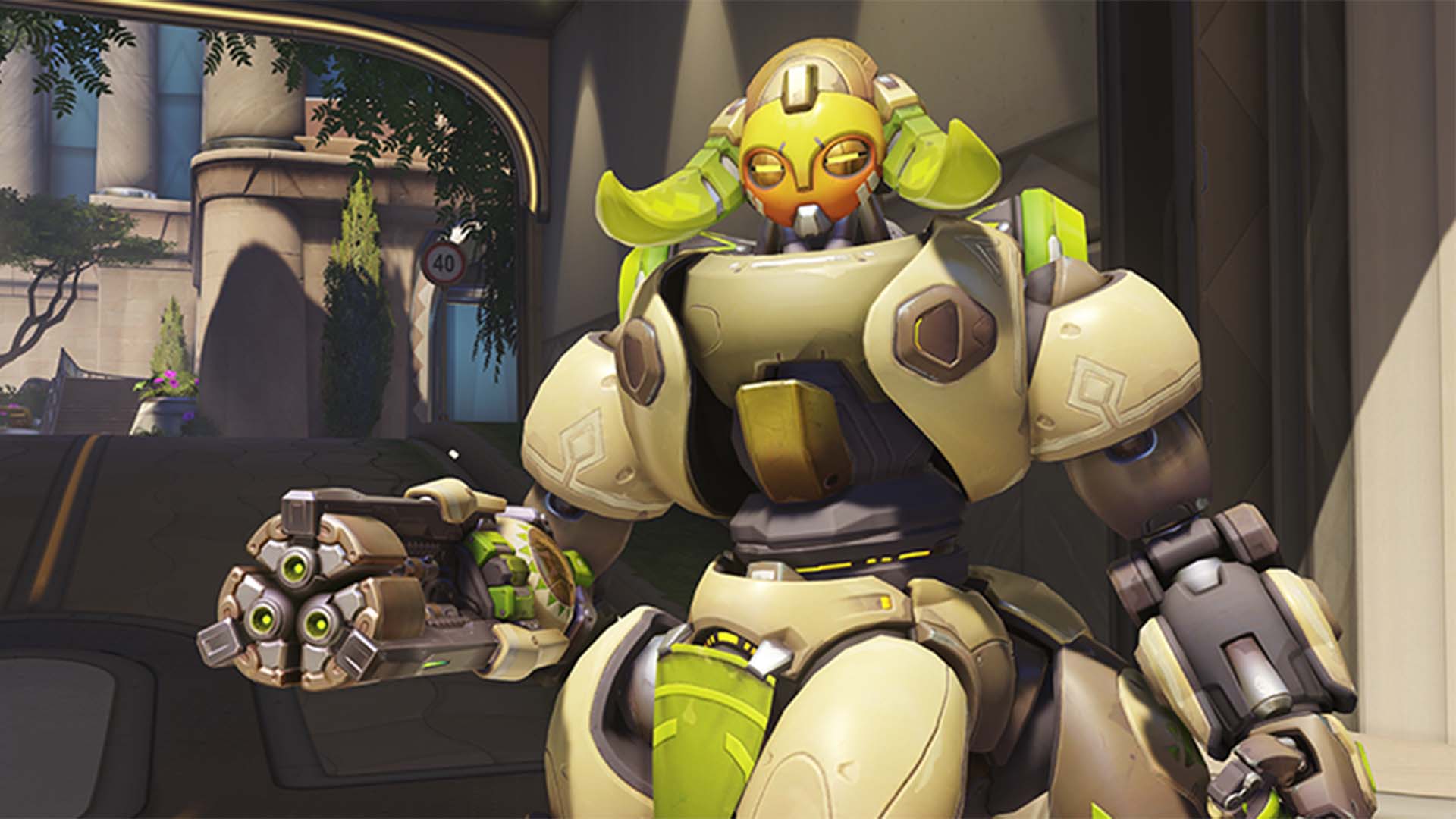 Senior Hero Designer Brandon Brennan took point on the Orisa rework. Orisa’s secondary fire, Energy Javelin, is now a skill shot projectile javelin that impacts the first enemy in its path. “It’s a micro-stun and can do more damage when there’s a wall behind you,” says Brennan.

Javelin Spin, another new ability, enables Orisa to rapidly spin a javelin that destroys incoming projectiles, increases forward movement speed, and damages enemies while pushing them back. “Our primary purpose with Javelin Spin is to help Orisa engage and get into the fight,” says Brennan. “When paired with her other abilities, it can become a lethal combo. You can herd enemies backward and follow up with an Energy Javelin to push them into a wall.” 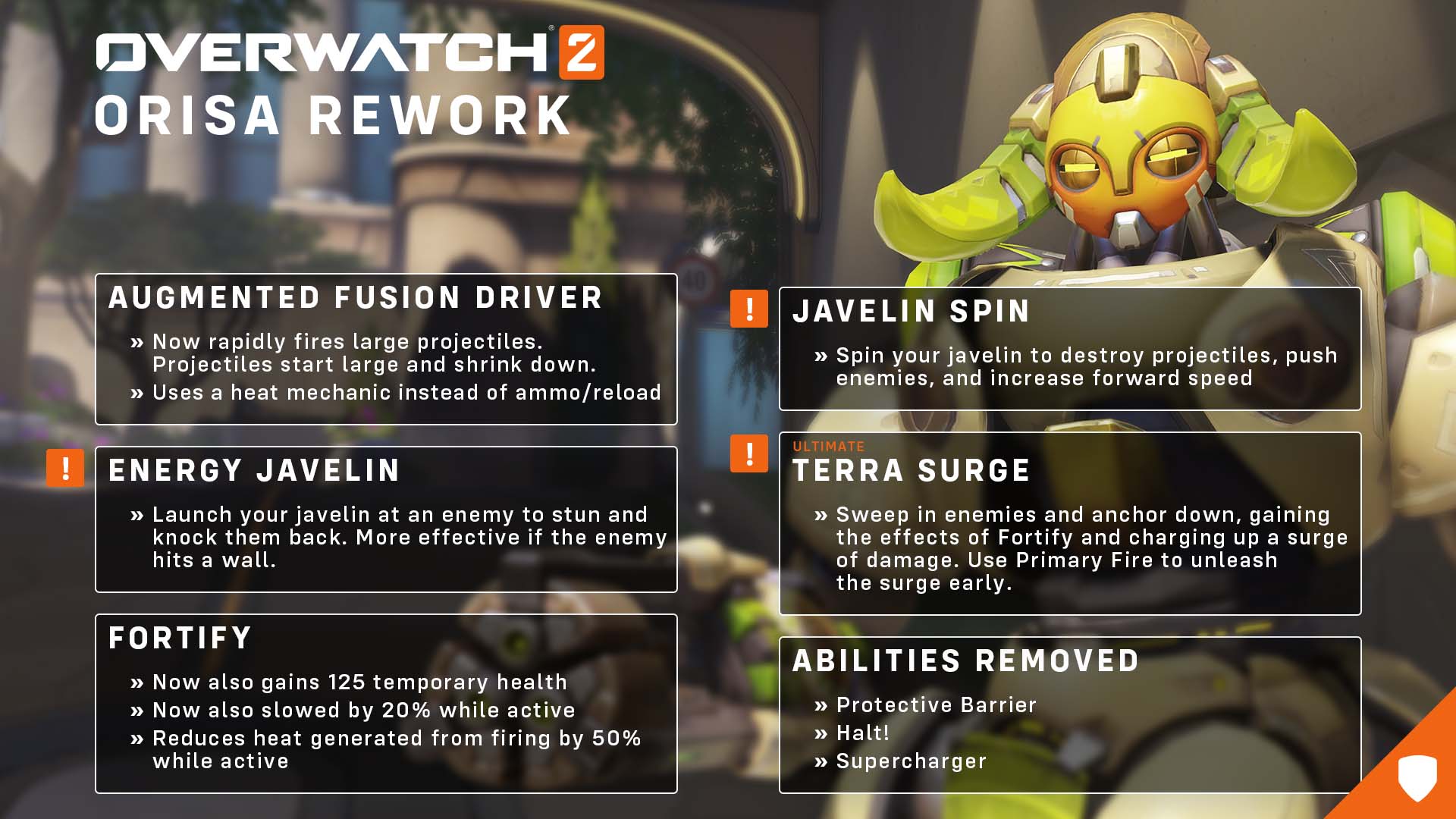 Fortify has received a few adjustments to fit her new playstyle, including generating less heat with Orisa’s primary weapon, allowing her to fire it for longer. The ability also provides 125 extra health, giving her increased survivability in team fights. Brennan explains: “The idea behind this change is that Fortify will always yield meaningful defensive value for Orisa whenever she uses it.”

Terra Lance is Orisa’s new Ultimate ability. She becomes fortified and pulls in nearby enemies while charging up an area-of-effect attack. “We started her rework by removing Orisa’s barrier and her Halt ability, but we still thought Halt was really cool,” says Brennan. “We incorporated the idea of Halt into Orisa’s new ultimate, and this is where the pull comes from.” This creates a moment for the team to rally around and quickly coordinate combos. However, enemies aren’t bound to the center of Orisa’s pull like a Zarya Graviton Surge, so you will need to collaborate quickly to make the most of this ultimate.

Blizzard says that as the beta testing shifts the game to 5v5 with one tank per team, people should remember all these changes are “work in progress” and could themselves, get reworks in the future.

Overwatch 2 currently has no release date, but will come to PC and probably consoles. Check out our Switch review of the original here.