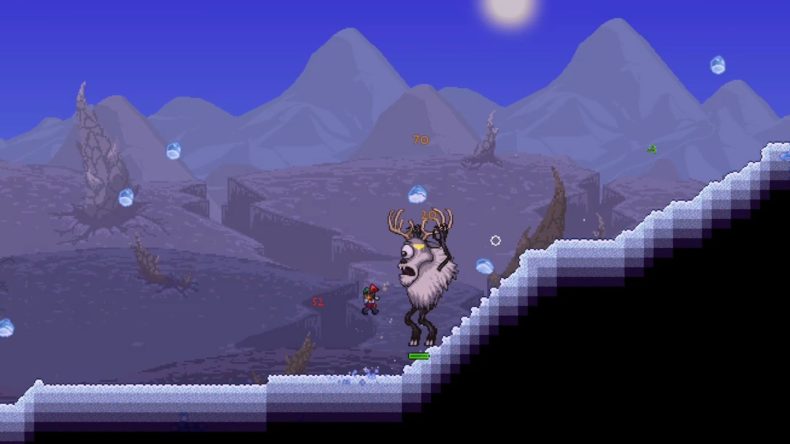 It boils down to being a world seed for Terraria called “The Constant”, offering new mechanics, pets, weapons, equipment, emotes, and even bosses that are all new to Terraria.

As you can probably see from the trailer, you can fight Deerclops from Don’t Starve Together, but the 1.4.3 update also brings lots of bug fixes and improvements. This update was already available for PC versions of the game, but now it’s also on mobile devices and consoles. As well as the Deerclops you can also wield the Tentacle Spike.

Both games have done well critically, with Mick Fraser awarding an 8.5 to Terraria’s new-gen edition, saying: “If you already own Terraria and the DLC, there’s not much reason to upgrade to the Xbox One version. However, if you’ve never played it for whatever reason, I would urge you to give it a try on the next-gen machines just to see how accessible and addictive it is”.

Likewise, Don’t Starve’s console edition got a 9/10 from us, with Mick again handling the review way back in 2014, saying: “We expected big things from the studio behind Mark of the Ninja and Shank, and in Don’t Starve, we got them. It’s a wonderfully dark survival-craft game with great scope for emergent, unique experiences, even if it will make you rage occasionally”.