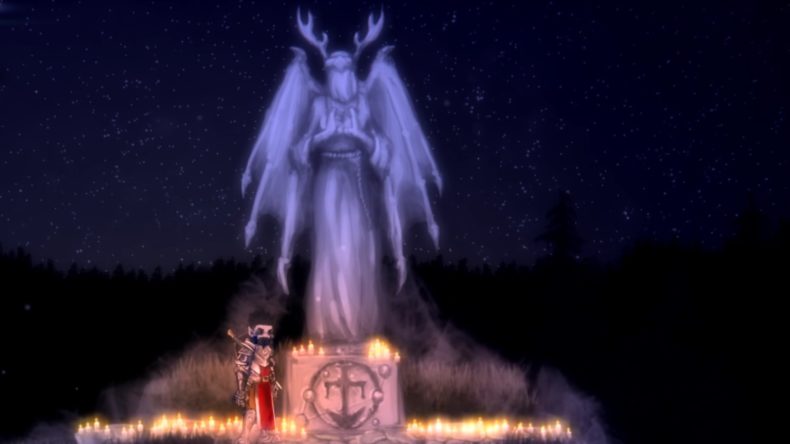 One thing Salt and Sacrifice isn’t great at is explaining its systems. It throws things at you at a rate of knots, from place names to items, factions and bosses. It also doesn’t directly tell you how to level up, and instead relies on the player’s ability to blunder through based on genre knowledge. But even that might not be enough, so we’re here to tell you how to level up in Salt and Sacrifice.

Soulslike veterans will probably expect to level up at any of the save points, here depicted as great obelisks scattered through each zone. But in fact there’s only one place you can level up, and that’s at the huge statue in Pardoner’s Vale. 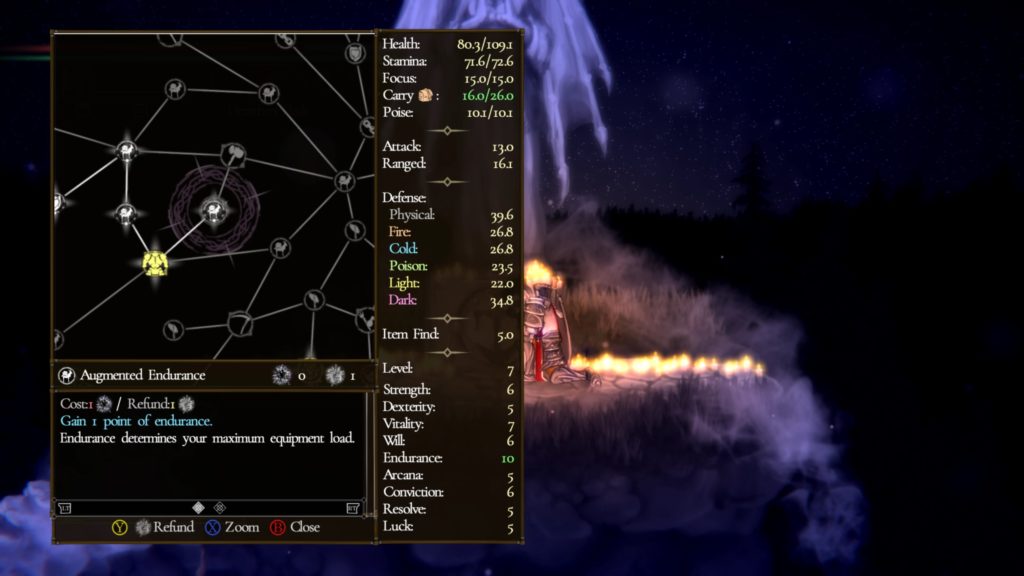 You reach it by climbing the stairs in the middle of the camp, or grappling up there when you have the grappling hook tool.

How do you level up in Salt and Sacrifice?

You level up by spending accumulated Salt, which increases your HP and bestows upon you a Black Starstone. This is then spent inside the Tree of Skill to unlock nodes for weapon, Rune Art, and armour proficiency, and to increase your base stats.

Each of the star nodes has multiple points you can spend, while gear proficiencies soon start requiring more than 1 Starstone. 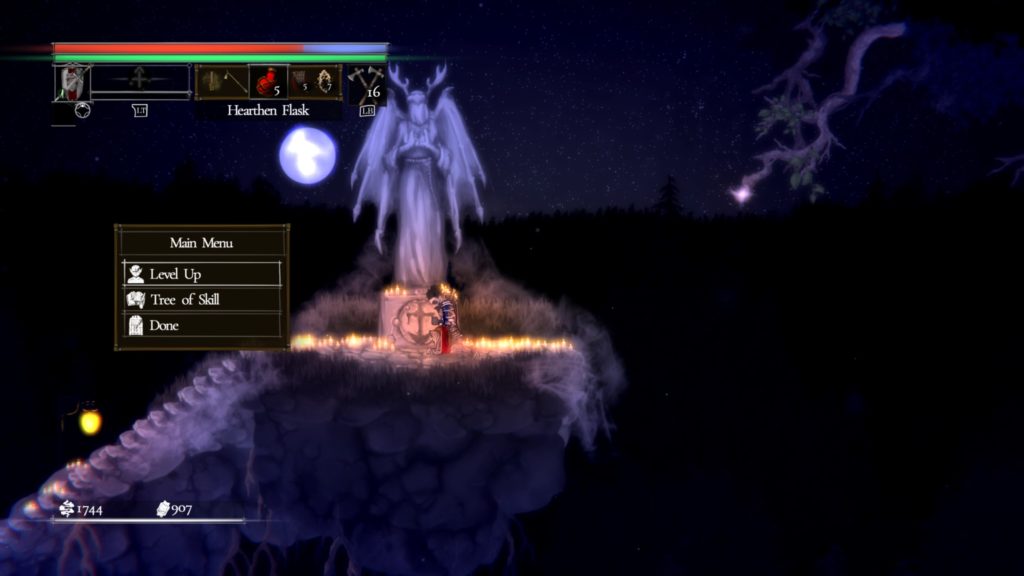 Can you repsec in Salt and Sacrifice?

You can, yes. You’ll need to use Gray Starstones to refund skills you’ve spent. The cost is the same to refund as to unlock, so it’s better to plan your route through in the first place as it can take a long time to fully respec from one class to another.

Senior Content Editor Mick has been playing games for over 30 years and writing about them for around 12. After drifting from site to site for a while, settling briefly at the now-defunct Made2Game and freelancing for the gone-but-not-forgotten NintendoGamer Magazine, he came at last to rest at Godisageek. Mick has been a reviewer, staff writer and content editor here for some time, while also moonlighting a little for Red Bull Games. He has 4 kids, has written 2 novels, and sometimes even manages to pay a bill or two. You'll usually find him defending the galaxy in Destiny 2, battling evil in Diablo 3, or lurking in the background on Twitter. Find him there @Jedi_Beats_Tank, or on XBL (JediWaster247), PSN (Jedi_Waster) or Nintendo (JediWaster).
MORE LIKE THIS
GuideHintsSalt and Sacrificetips