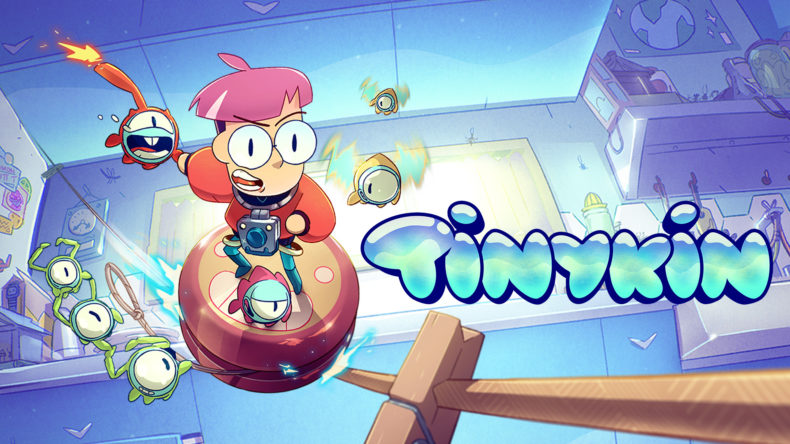 If you love indie games as much as I do, all the different shows at Summer Games Fest were probably a little overwhelming. Even worse than that though, is if you’re a console gamer. With so many demos releasing on Steam for players to try, us unfortunate few just have to watch everyone else have the fun. Well no more, because thirty demos are coming to Xbox as part of the ID@Xbox demo event. You have until the 27th you can check out these snippets of upcoming games, and may I suggest you start with Tinykin.

Our hero Milo has somehow shrunk to the size of a bug, and with the goal of growing back to normal size is teaming up with some creepy crawlies to help build a machine that will facilitate this. Gathering parts to create such a thing isn’t easy when you’re so small, but thankfully the Tinykins are here to help him out.

Tinykin are adorable little critters that follow our hero when he collects them from their coloured eggs. They each have their own special ability you can use too to help you on your adventure. In the demo you’ll get access to purple Tinykin which carry objects for you (kind of like Pikmin) and red Tinykin that are more than happy to be thrown at obstacles and blow themselves up for your convenience. Using these little guys is key if you want to find all the sweet collectables you need to progress. 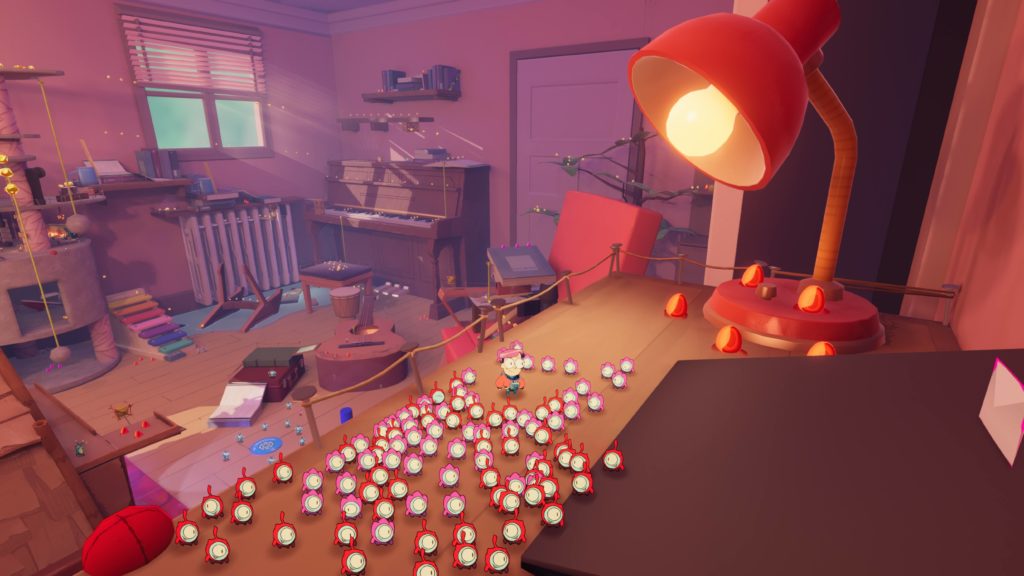 The demo gives you access to one stage of Tinykin, the living room. This once human inhabited world is absolutely vast when you’re among the ants and shieldbugs, with cabinets and sofas feeling like mountains to climb for our hero. The environment is just so charming, and Tinykin itself shares a lot of DNA with GameCube classic Chibi Robo in that regard – albeit with more jumping.

At its core Tinykin is essentially a 3d platformer, but instead of enemies and hazards this world is just full of collectables. There’s no way to fail at Tinykin, the name of the game is just exploration. Gathering enough of the titular critters will give you access to more areas, be it by destroying barricades with explosive Tinykin or getting the heavy lifters to move a key back to a piano.

As you explore you’ll also be given missions by the bug residents of the game, which will lead to even more collectables and occasionally the machine part you need to beat the level. These missions generally involve you finding an item and getting your little buddies to take it somewhere, but don’t think that makes it any less satisfying when you start a CD player pumping out some tunes by bringing over a loose CD and get to watch all the insects singing happily. 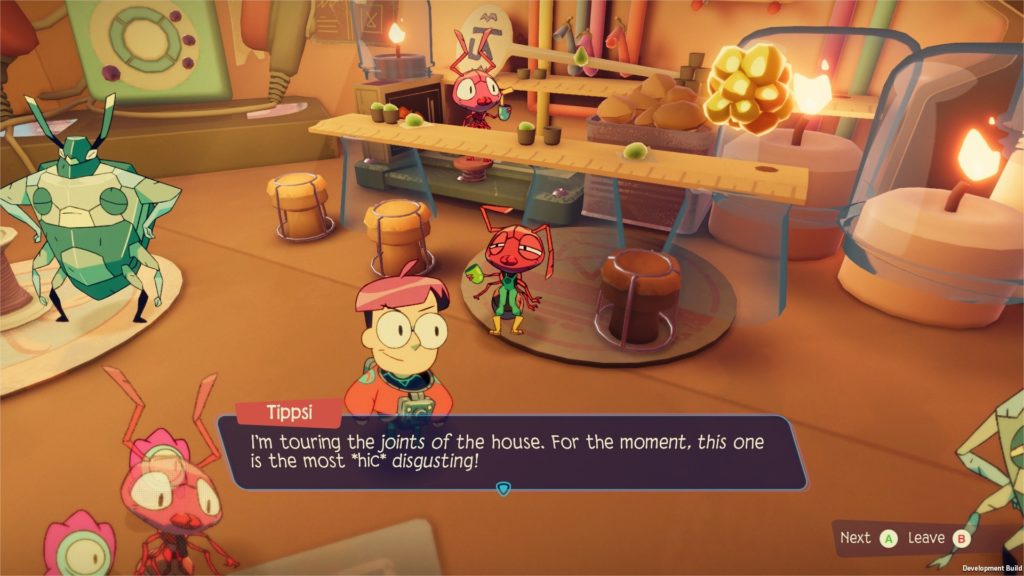 I can’t finish my impressions of this demo without mentioning one of the main ways you get around in Tinykin, a tiny bar of soap. Whenever you want to get somewhere quickly, Milo can hop onto this slippery bar and speed across the floor like it’s a skateboard. This is as delightful as it sounds, especially as the soapy board can grind special shortcut webs and any angled surface for extra radical maneuvering.

The only aspect of Tinykin I’m unsure on currently is what you’ll use all your collectables for. In the demo there was no way to see how the nectar and other items you find could be spent back at your base, and I just hope they give you a reason to gather every last little shiny thing. I loved exploring every nook and cranny of the room in the demo, but as you progress further into the game I think it’s important that these collectables have a real purpose.

After playing this demo, Tinykin shot right up to the top of my list of most anticipated games coming this year. The charming “Honey I Shrunk the Kids” world is a joy to explore, and using your army of adorable little monsters to solve problems was entertaining even in the first level of the game. If you have a spare hour or two today, do yourself a favour and check out this demo.