Wreckfest is out on Nintendo Switch today 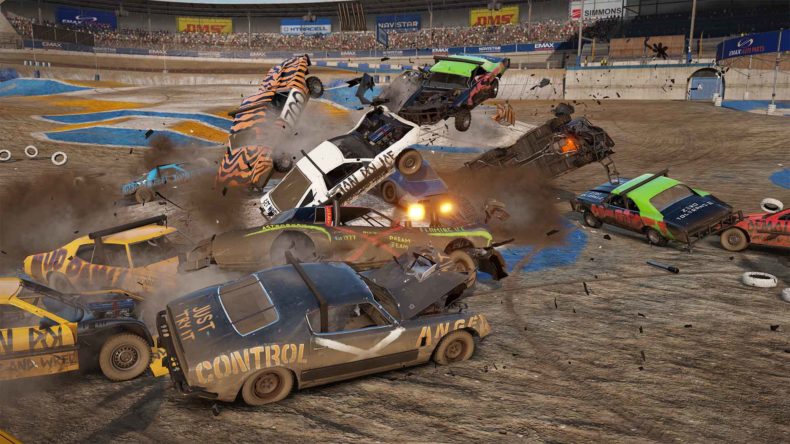 If you liked games like Destruction Derby back in the day, then Wreckfest is a game you absolutely should have on your radar; and it’s out on Switch as of today.

Originally released on PC in 2018, PS4, and Xbox One versions followed in 2019, and we’ve even had a new console version for PS5 and the Xbox Series S|X in 2021. June 21 (today!) though, marks the Switch release date. Here’s the launch trailer:

The Nintendo Switch version offers two acquirable season packages additionally to the base game: Season 1 package includes 20 crazy and iconic vehicles, 20 insane roof decorations, and a car customization pack with new armor, rims, and more and costs £11.99. Season 2 package grants you access to 12 additional cars for £9.99. The base game is £34.99. Season packs are sold separately.

Back in 2019, Gary Bailey said of the PS4 (and PS4 Pro edition) that “Despite its issues, Wreckfest remains a fun racer that recalls memories of the classic Destruction Derby games. It’s almost as good as the PC version (performance issues aside) and the handling is the right mix of arcade and realism, a bit like DiRT 4 was, with enough customisation to keep both casual and hardcore race fans happy. With a patch or two, it could be one of the best driving games on console, but it’s certainly the best demolition racer out there, at the very least”, and awarded it an 8/10.