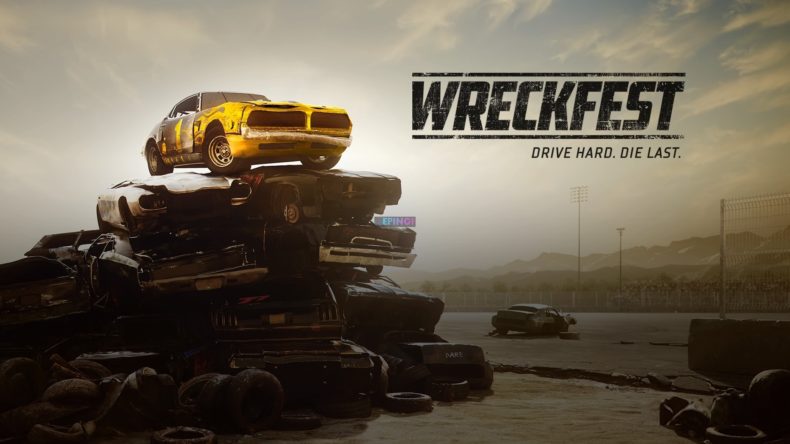 Porting anything from home consoles or PC over to Nintendo Switch can be a tricky business. On the one hand you get the convenience and portability of a handheld, but on the other you get the often-huge graphical concessions of moving onto less powerful hardware. Switch users are by now used to playing their games with lower resolution and muddier textures, but there are some games where it’s just more noticeable than others. Take Wreckfest, for example, Bugbear’s destruction derby-style racer first released onto the other consoles and PC a few years ago. Wreckfest is a great game. It remains a great game on Switch, but performance takes a hit on Nintendo’s console. It’s just unavoidable.

As a racer the onus is on speed and handling, and while the Switch version is able to maintain a respectable pace, it doesn’t feel quite as responsive as other versions and the textures are so low-res in places that it becomes a little distracting. It’s not ugly, by any means, and compared to some other racing games on Switch it’s actually pretty well presented; the problem is probably more down to the fact that I know what it looks like on the PlayStation and it’s hard to forget. 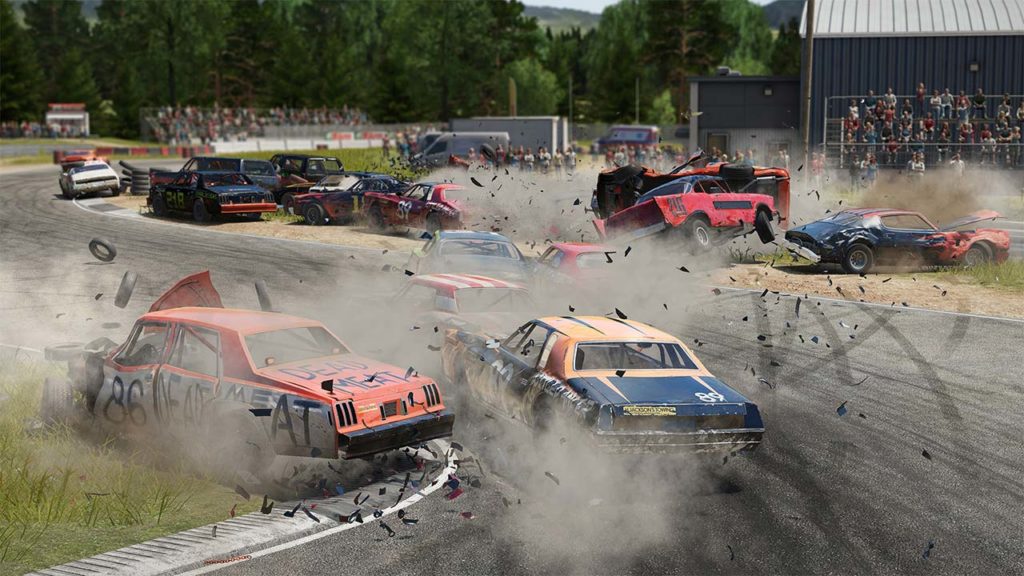 But look, it is what it is. That the Switch is less powerful is hardly news and Bugbear should be praised for how well Wreckfest moves and how good it feels to play on Nintendo’s system. Also, if this is your first time with Wreckfest, you’ll be too busy smashing through the mass of content to worry. There’s a total of 45 different tracks and arenas to race and wreck in, which is impressive in itself. From straight races to destruction events in sports cars, muscle cars, trucks and even ride-on lawnmowers, the focus is on fun and variety.

One caveat to porting such a large game onto Switch and attempting to maintain not only a solid frame rate (it manages a steady 30fps around 80-90% of the time), but also the physics effects that make wrecking other cars feel so cathartic is that the load times do drag a little. Performance is boosted across the board by playing the game docked, but that’s not always an option. 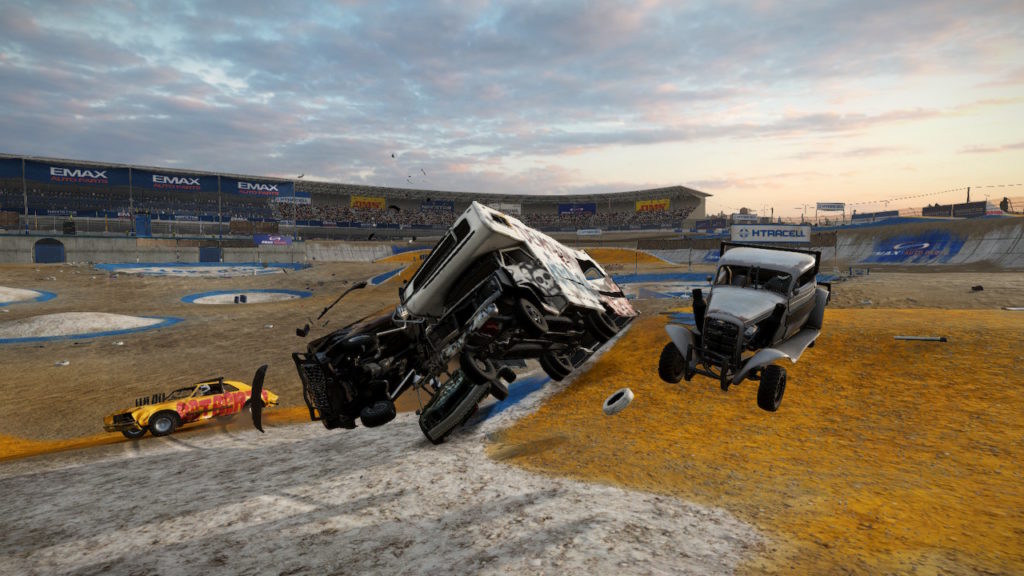 You can play through all the events solo if you want to, racing against AI drivers with those weird computer-generated gamer tags that make you feel like you’re online like Rubber Duck and Slam Master. It may be the best option a lot of the time too. The Switch doesn’t have the best record for online play and Wreckfest’s servers aren’t exactly heaving with players itching to take you on. I have played a few games online, but the wait is often a long one.

If you can look past the iffy graphics and occasional performance issues, Wreckfest is a decent game on Switch. Like most ports to the handheld though, it’s not cheap. You can decide for yourself if the asking price is fair. It comes up to around £50 if you buy the DLC which, annoyingly, isn’t bundled in with the base game. On it’s own you’ll pay around £25 to £30 depending on where you buy it.

The Switch doesn’t have many racers that offer the same kind of thrills and excitement as Wreckfest at its best though, so if you’re just looking for a driving game to smash through while chilling on your commute or stretched out on the couch, it’s not a bad option.

The Switch doesn’t have many racers that offer the same kind of thrills and excitement as Wreckfest at its best.

Wreckfest is out on Nintendo Switch today