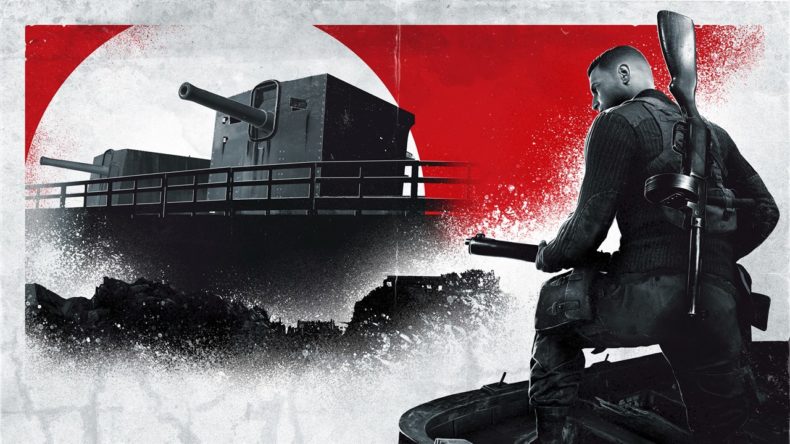 Sniper Elite 5: Landing Force marks the first piece of DLC for the title, and with it comes a brand new mission featuring tons of new areas to explore, intense mission objectives, and a stunning yet terrifying new location. The main focus of the new mission sees Karl Fairburne try and shut down a gun battery buried deep within an enemy base. Like all missions in the base game, it’s not a simple task, with tons of enemies to take on and enough firepower to turn a simple mistake into certain death.

I thoroughly enjoyed Landing Force. Starting off on a beach facing the looming mountain where the Axis base is built into, it appears an almost impossible task. Searchlights scan the nearby area, with enemy boats patrolling the waters and various soldiers positioned at important vantage points along the way. Sniper Elite 5 did a fantastic job of allowing players to do exactly what they want in terms of playing safe or going in all guns blazing. The smartest option is to be careful by taking out guards quietly, sniping enemies who are isolated, and trying not to alert a soul.

What helps dramatically are the two new weapons that come with the Sniper Elite 5: Landing Force DLC. The first is the D.L. Carbine, perfect for silent kills at long range. Only nearby enemies can hear gunfire from close range, as the carbine is deathly silent, meaning fellow soldiers have to be in extremely close vicinity of the kill to be alerted. After getting to the part of the island where the gun battery stands, it was so useful near the docks as the enemies are rather close together, so picking them off with the D.L. Carbine was extremely satisfying. 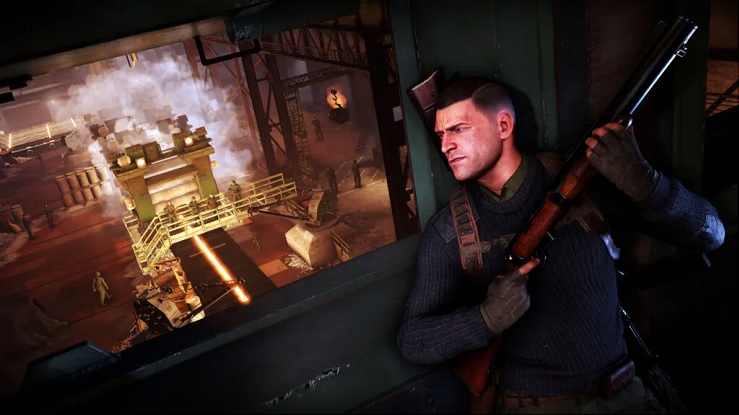 When you finally get into the base, there’re a lot of enemies patrolling every floor. Planting explosives and running isn’t a simple task at all. There’re a lot of floors and rooms that need to be travelled through before you can plant the explosives. The other, louder weapon that has been added is the PPSH submachine gun. While its rate of fire is exceptional, it makes a ton of noise, and unless you upgrade the magazine, you’ll need to pick and choose the moment you decide to unload the clips. You can still go in silently, but mistakes are so costly inside the base. I finally managed to get into the huge room where the gun battery was situated when a guard I didn’t see saw me and alerted everyone else nearby.

So much to see

Once I’d set the explosives, I then had to go back through the base to the entrance, and it took a hell of a lot of time to make sure I survived the fight. It was a thrilling experience, and the mission wasn’t even over as I still had to head to a radio tower and take it down before venturing back to the other side of the island where a lighthouse was situated. Once there, I could alert the Allies to initiate the famous Operation Dragoon. It was an intense journey from start to finish, with tons places to explore for secrets, collectables, weapons, explosives, and ammo.

On my first run, it took me 1 hour 26 minutes to play through, and I still hadn’t seen everything. As mentioned in the review of Sniper Elite 5, it feels a lot like Hitman with replayability being a key reason to go through missions all over again. While there’s nothing much else in the Landing Force DLC, its new mission is a great addition that is both challenging and gorgeous to look at. It all boils down to whether you enjoyed the main game, and if you want the same high-quality of level design, this is definitely for you.

Doesn't feel particularly fresh
Another mission would have been good

Sniper Elite 5: Landing Force features a new mission that packs just as much of a punch as the originals, with some cool new weapons as well.