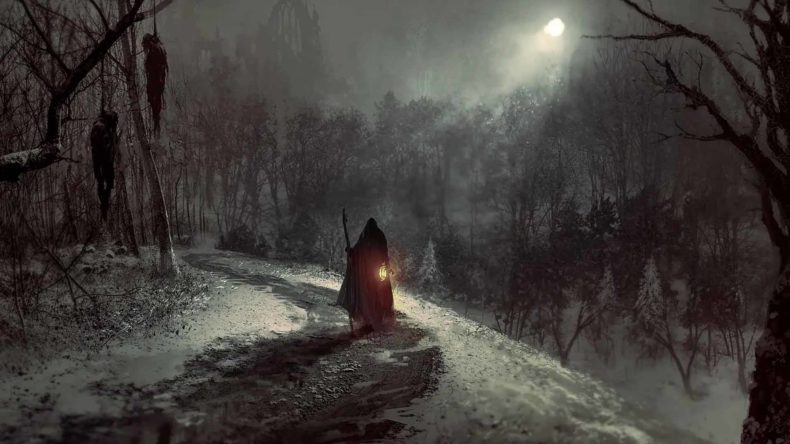 Piepiora started by explaining there will be seasonal resets for Diablo 4, and that “Diablo is a game about choice and possibility! We feel it is at its best when you get a clean slate to start from in a season, picking a class, customizing your build, and chasing down items that support it along the way”.

Likewise, Piepiora thinks that new content is important, adding “We think it is important that players see that the game is changing in meaningful ways. Each season will be released with a fresh new gameplay feature and questline that introduces new challenges, mysteries, and possibilities into the level-up experience. This is something players should begin to experience before the end of their first hour of play. One of the benefits of our seasonal direction is that it enables fun, new ways to play throughout your character’s progression”.

Referring to Diablo 4 as a “vast game”, he explained that the team wants to make sure that the game remains balanced, while not ruining creativity, and that there will be constantly refreshed meta, thanks to new legendary and unique items, paragon boards, glyphs, and more.

Kegan Clark, director of product for Diablo 4 was the person tasked with talking about the approach to live service monetisation for the game, which Clark points out is a “full-price game with a Cosmetics Shop and Season Pass—none of which provide any pay-for-power options”.

Clark said: “Seasons will add all-new gameplay, quests, challenges, meta changes, and quality-of-life improvements. The Season Pass recognizes players’ dedication, with greater rewards unlocking as you play more throughout the Season. There will be a single track of rewards with Free Tiers that are unlocked just by playing the game and leveling, and Premium Tiers which provide no in-game power or advantage over other players. The Free Tiers of the pass will provide gameplay boosts to all players—things which make the journey of leveling up a fresh seasonal character faster and more streamlined. In contrast, the Premium Tier rewards are focused on aesthetics, providing a huge value in the form of cosmetics and Premium Currency. Many of the rewards embody the seasonal theme, helping players show off their participation in that Season”.

There will be a free and premium tier, and like the shop, these are offering cosmetic rewards that don’t affect gameplay, though some cosmetic types are going to be exclusive to the Season Pass. Players can purchase tiers, but it won’t speed up getting season boosts, and the season pass awards premium currency, which in turn can be used to buy cosmetics. 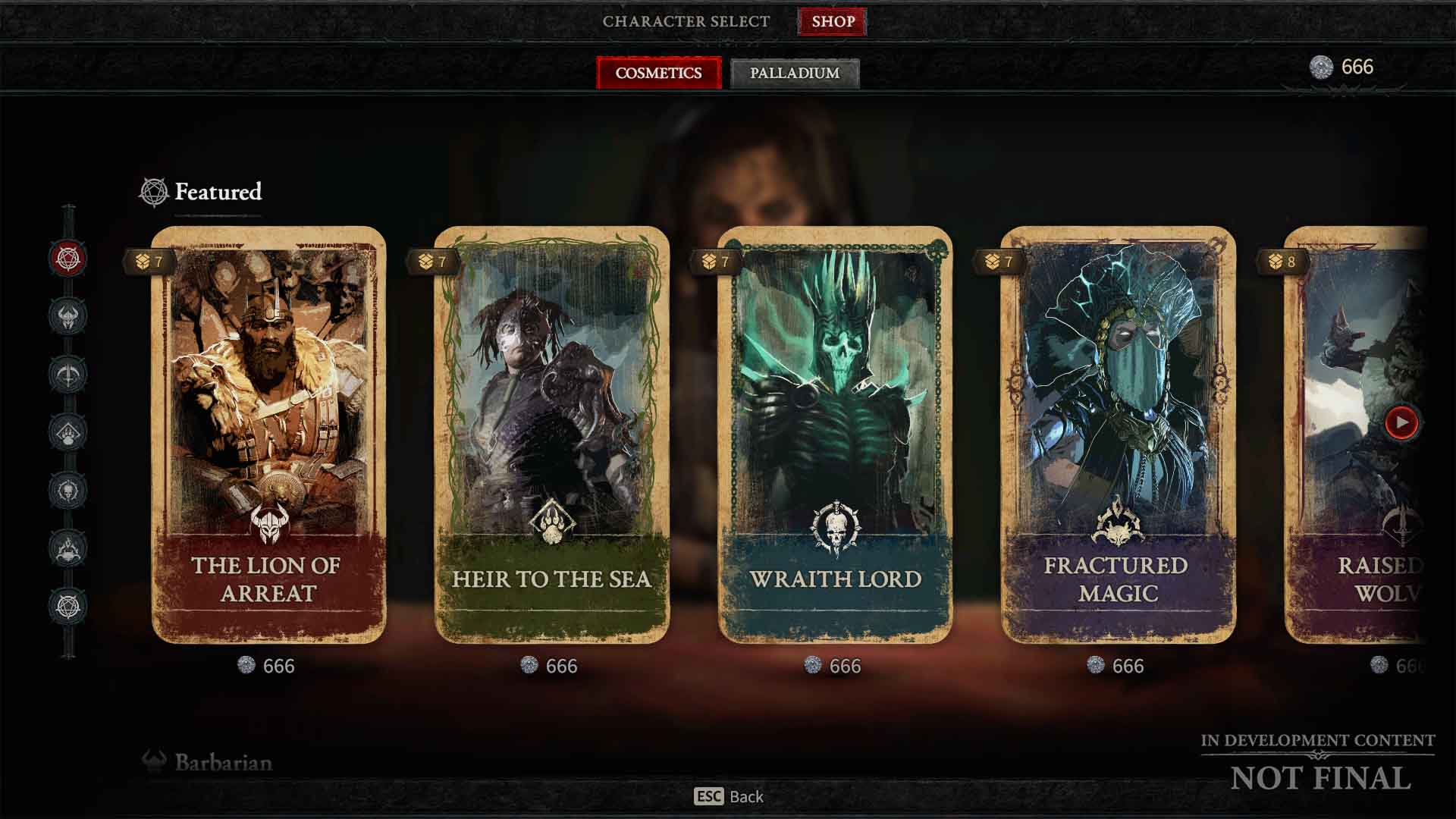 The shop (above) will sell cosmetics, and “nothing offered in the Shop grants a direct or indirect gameplay advantage. So, while many of these may look like powerful pieces of gear, they have no in-game stats”. Clark says the shop is completely optional and transparent so players know what to expect before buying anything.