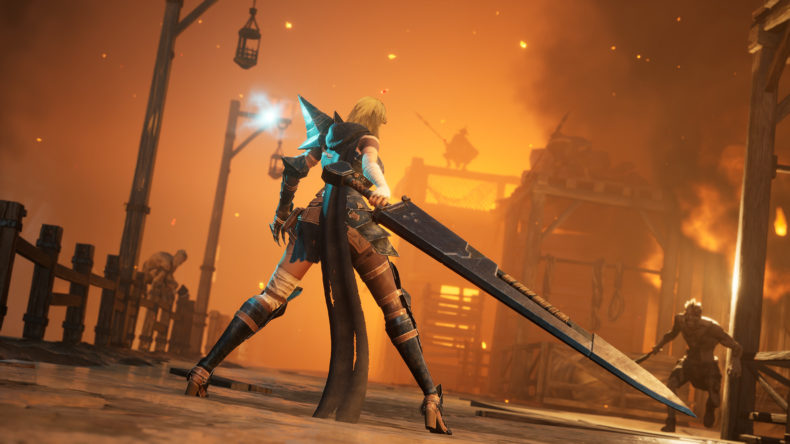 I previewed the PC version of Soulstice a few months ago after a hands-off reveal followed by a little time with the game itself and, while I found it intriguing, my opinion was coloured by the unfinished condition of what I played. Having now spent time with a later, more stable build, I’m feeling a lot more confident about the final release.

As I stated before, this is not a Soulslike. It might look like one on the outside, but it actually has more in common with Devil May Cry than Demons Souls. Soulstice is a character action game that sees Ashen Knight Briar sent to investigate a rising darkness in Ilden, a city overcome by a tide of evil. As Briar struggles to contain darkness within herself, she is aided by her “sister” Lute, a disembodied spirit bound to her soul. Together they are a Chimera, soul-bound beings who need one another to survive. 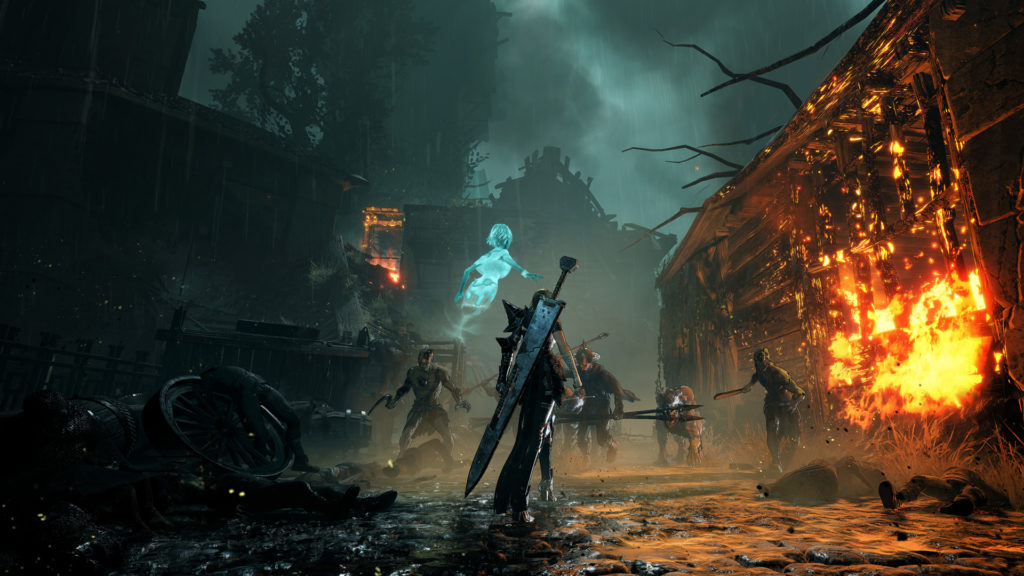 Combat is fast and impactful, as you mix standard sword attacks with an array of secondary weapons you unlock and level up as you progress. Each sister has a unique skill tree, too. Briar’s tree is all to do with her weapons, and she spends red shards to unlock new moves and combos for each of them. Lute, on the other hand, uses blue shards to unlock nodes in a larger, more branching tree that can improve both her and her sister’s stats and abilities.

Parrying is all done thanks to Lute. Pressing LB at the right time will cause the spirit to leap to Briar’s defence with a handful of different counter types. Some can freeze or slow enemies, others will deal counter damage. Timing is everything, as pressing the counter button too late could leave Briar open to damage. Enemies come in the usual variety of light, heavy, ranged, magical, but some will need Lute’s special skills to even damage.

Pressing either trigger will create an orb of coloured light around Lute and Briar that can bring ethereal objects into the physical world for Briar to interact with. These could be blue platforms or ghostly enemies, or red crystal formations that block the way forward. The emphasis really is on teamwork between the sisters, and using each one at the right time to help the other. 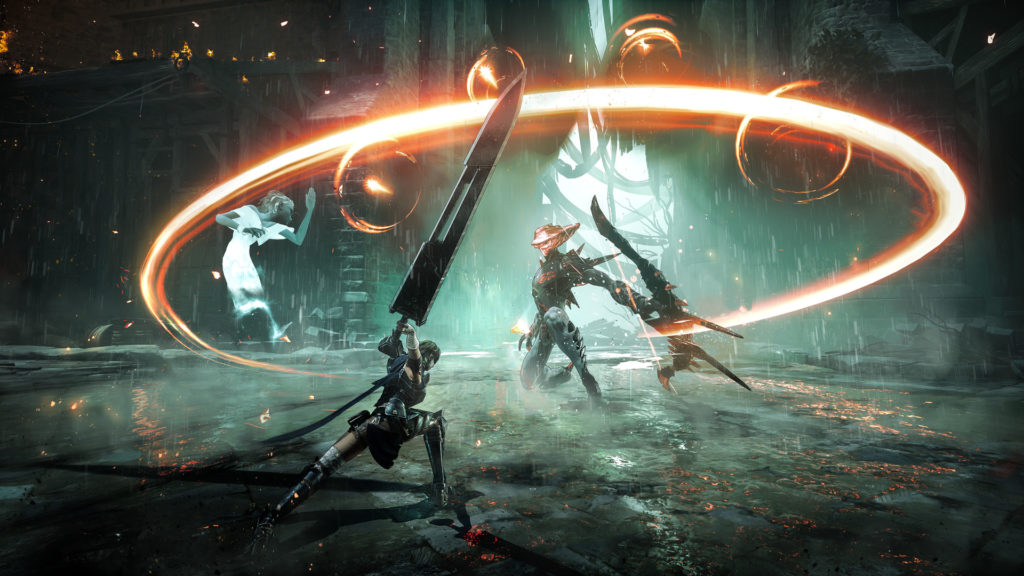 There’s a fair amount of platforming, double jumping and using hidden platforms to get around the game areas to find hidden crystals and, notably, portals to bonus stages. These portals will send Briar and Lute into a pocket dimension where they’ll face specific combat challenges to earn rewards. This might be landing a certain number of perfect parries, or simply killing the summoned enemies within a time limit. The combat is very satisfying, with a fixed camera that becomes free and positionable during fights. Each enemy has a poise meter, which you’ll need to run down before you can launch them into the air and juggle them.

You’ll run into the Observer, Layton, at certain points, who can shed light on the situation and flesh out some of the story around the Order of the Ashen Blade. Why he’s so sinister, why Briar appears to be considered the runt of the Ashen Knights, and exactly what is happening to the city are all answers for the full game, but the story is intriguing so far. Layton also allows you to buy consumable crystals and upgrade your skills. 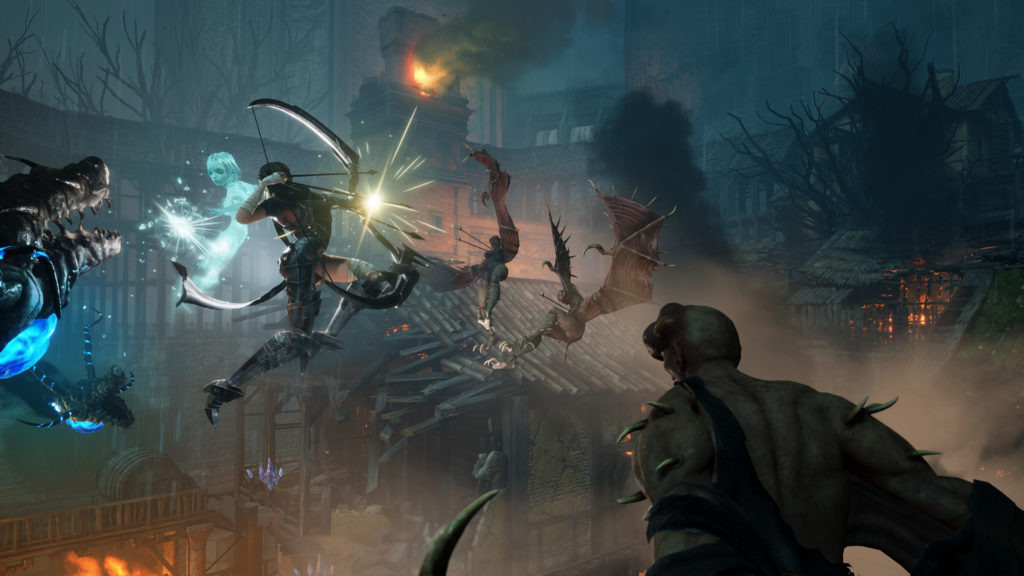 Aesthetically, Soulstice is dark, Gothic and, well, Souls-y. The characters have a larger-than-life, cel-shaded look to them that makes them stand out from the environment. The character and armour design is interesting, though why Briar is wearing approximately two-thirds of a suit of armour is best understood by the art team.

Ultimately, more time with the game hasn’t revealed much more in terms of gameplay, though the game itself is running much better. The setting and characters are interesting, and the concept behind Briar, Lute, and the conjoined Ashen Knights is incredibly cool. Focusing on a single-player, offline, straightforward adventure means Soulstice promises a deep story, while its RPG-lite mechanics mean you can adapt and modify your playstyle to suit. There’s a lot of potential here for a fun, engaging adventure that’s not bogged down by developers chasing trends, and that in itself has my attention.

Senior Content Editor Mick has been playing games for over 30 years and writing about them for around 12. After drifting from site to site for a while, settling briefly at the now-defunct Made2Game and freelancing for the gone-but-not-forgotten NintendoGamer Magazine, he came at last to rest at Godisageek. Mick has been a reviewer, staff writer and content editor here for some time, while also moonlighting a little for Red Bull Games. He has 4 kids, has written 2 novels, and sometimes even manages to pay a bill or two. You'll usually find him defending the galaxy in Destiny 2, battling evil in Diablo 3, or lurking in the background on Twitter. Find him there @Jedi_Beats_Tank, or on XBL (JediWaster247), PSN (Jedi_Waster) or Nintendo (JediWaster).
MORE LIKE THIS
Modus GamesReply Game StudiosSoulstice