previous
The Jackbox Party Pack 9 is coming this October
random
next
Desta is the new game from Monument Valley developer, and it's out now on Netflix
0 comments 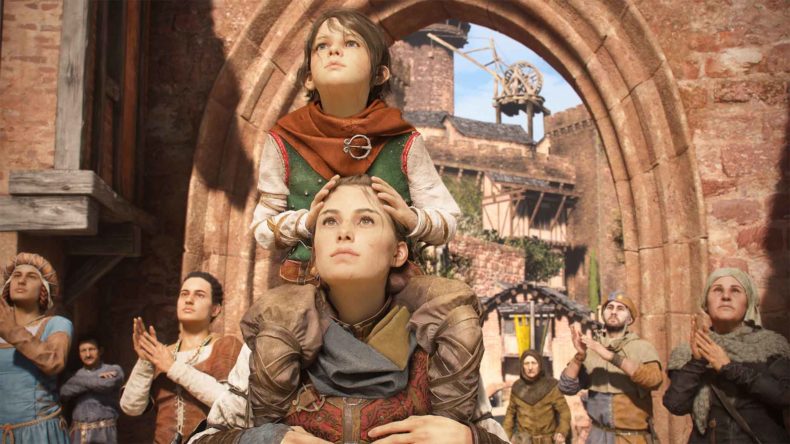 A Plague Tale: Requiem is high atop many people’s most-wanted list, and the newly released story trailer isn’t going to make the wait any easier.

The game of the year 2019 winner is due for release on October 18th, and like many others, we can’t wait. Obviously if you want to go in completely blind, don’t watch the trailer (below), but for the rest of us, it’s a nice way to whet the appetite.

A Plague Tale: Requiem, the sequel to the critically acclaimed A Plague Tale: Innocence by Asobo Studio and Focus Entertainment, just unveiled more narrative elements in a Story Trailer.

As Amicia and Hugo set out to find a mysterious island in the hope of ending the curse which runs through Hugo’s blood, they find themselves having to rely on the help of the people they meet. Walking into foreign territory, the young De Runes are unlikely to make it alone… but how much trust can they place in strangers? The answer seems as uncertain as the island is beautiful and terrifying.

Mick loved the original game, saying this in his review: “But what I will award A Plague Tale “props” for, as the kids would say, is its simple complexity. It presents a compelling plot, grounded characters who aren’t instant heroes because they pick up a sword, crafting and upgrades without an arbitrary levelling system bolted on, and some beautiful environments to solve your way around, filled with gruesome shocks and flashes of macabre grandeur. There’s a hint of old school Thief about the whole affair and, despite some unobtrusive flaws, it’s refreshing to just play through a game with a beginning, a middle and an end that doesn’t bog itself down with money-spinning microtransactions or half-baked ideas”.

A Plague Tale: Requiem is coming October 18th to Xbox Series X|S, PlayStation 5, PC and with a Cloud Version on Nintendo Switch. The game will also be available Day One with Xbox Game Pass for Console, PC, and Cloud.