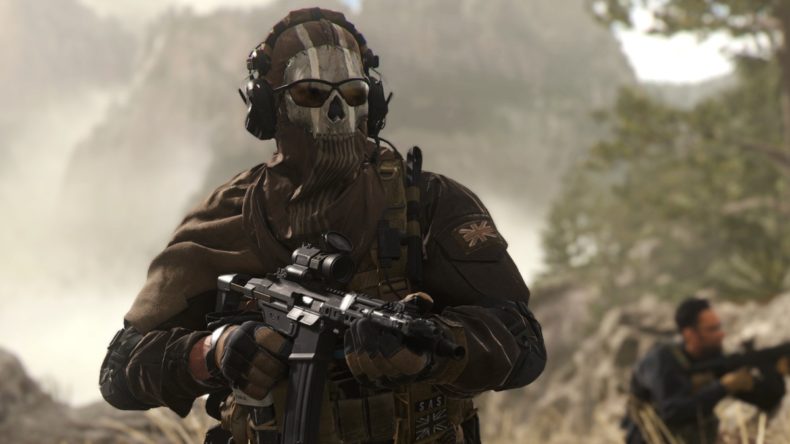 The second weekend of the Modern Warfare II open beta is over, and fans around the world got to see what Infinity Ward has done with the wonderful world of its hugely popular multiplayer. While there’re lots of positives to take from the beta, a few things stuck out as needing room for improvement. Of course, there’s still time for the developers to make some tweaks and changes, but the core modes and mechanics are generally solid, however, it’s the little things that could do with some adjustments.

The majority of the maps seen in the beta all have a focus on preventing players from camping. While there are spots for players to hide and pick off unsuspecting players, many of the areas are both denser and more open, or at least have more paths leading into them. I liked how a lot of the action, especially in modes like Invasion, led into more open spaces or even spots where opportunities to get a kill weren’t ruined by a cheap kill from behind. Speaking of Invasion, the new 20v20 mode where teams are populated by real players and bots, brought back a lot of what drew me to CoD online in the first place.

Generally, AI is decent enough to pose a challenge, but it’s clear who the real players are. Bots get to cover and can certainly bring in the kills, but they’re much easier to pick off. This will be a plus for many returning CoD players who aren’t fans of the twitch-heavy reflexes and fast-paced action of Team Deathmatch  as it’ll guarantee a more balanced fight. Some of the maps, such as the wonderfully designed Sa’id and Farm 18, have plenty of variety in their layouts, meaning action can spill into multiple locations without choke points dominating where the action tends to lead. 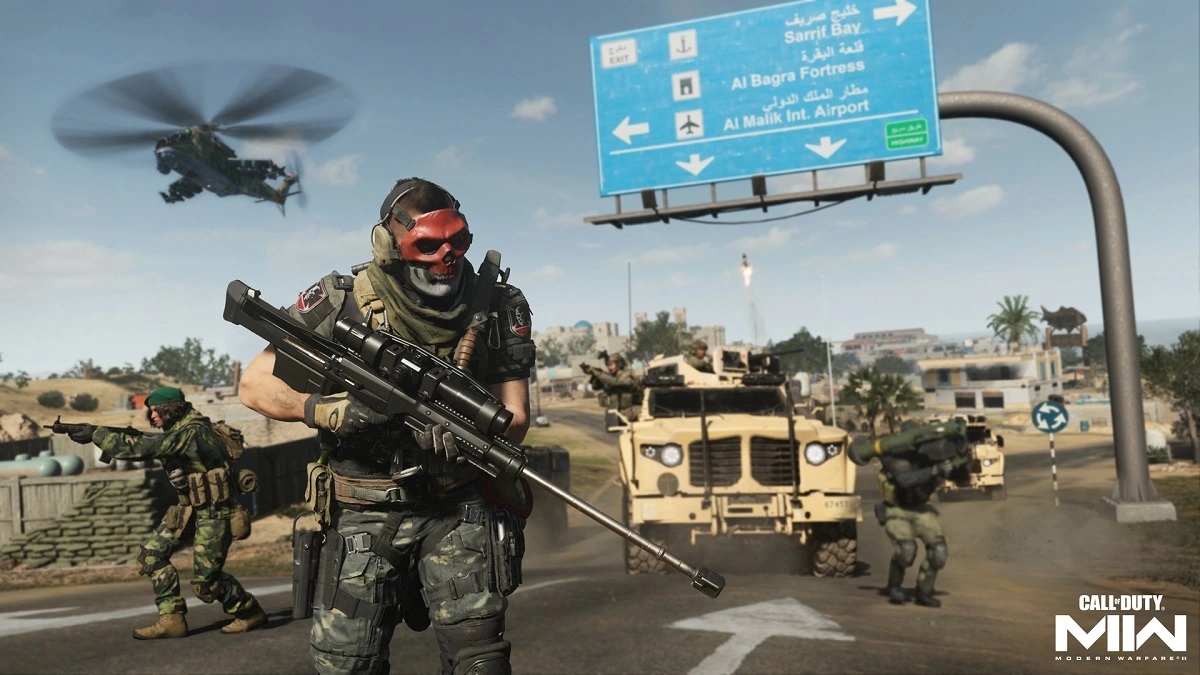 Invasion will also appeal to the Battlefield fans who prefer to be more articulate in their approach, using patience and distance to get kills instead of running around like a chicken with a trigger finger wired on acid. You’re freer to take your time and master your approach, admiring the playing field and executing well-placed shots instead of being launched right into the action. Some spawn points drop you too close to the action, as I found that on occasion, I was thrown in close to enemy soldiers that led to quick deaths on my part.

Being able to pull out your handgun and shoot enemies from ledges not only gives you a safety cushion and removes the vulnerability when hanging from ledges, but it gives you another tactic at your disposal for taking out snipers who remain stationary in high spots. You’re still more exposed than on the ground, but at least the option to get a kill while reaching high points is there. Encouraging verticality and scaling adds a new depth to matches, and for me personally, I felt a level of comfort knowing I had some protection for when I opted to go high instead of staying with my boots on the ground.

A few tweaks to movement are also more realistic than before. Sliding doesn’t feel as fast, removing some of the frustrations of faster players dominating when moving around maps. You can also dive to the ground into a prone position, not only helping to avoid getting shot, but offering quick turnaround when taking out enemies from the floor. They might not be revolutionary changes, but these noticeable tweaks do feel like an improvement to overall manoeuvrability. 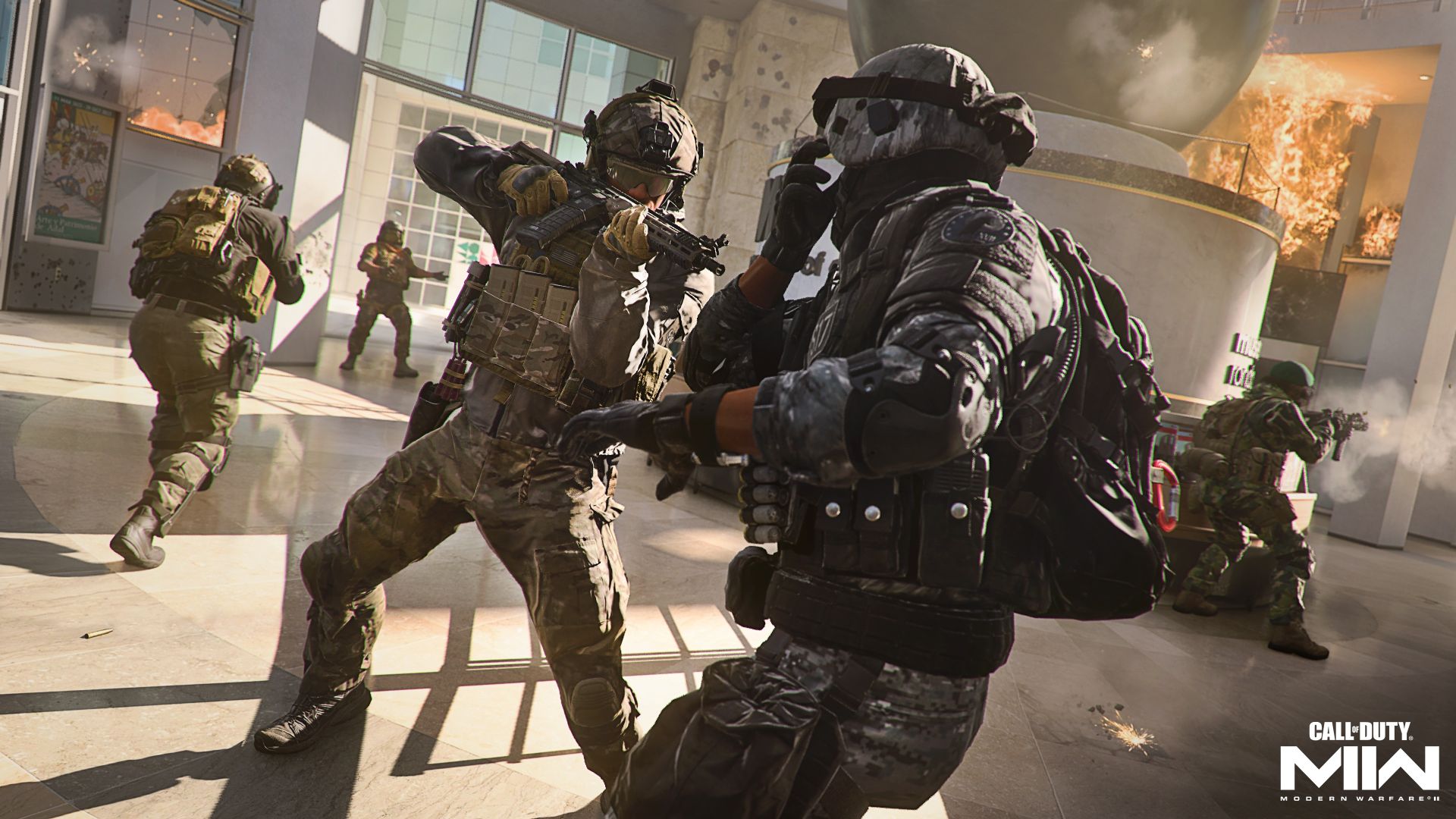 Some of the issues with the visuals have been cleared up, such as enemies being hidden behind explosion aftermaths where smoke from grenades hindered visibility. Enemies are clearer to see anyway thanks to the rich colour palette of the maps, and player models look so good, popping against the various locations in each map. There’s also a satisfaction to how weapons feel and sound, with more weight and impact coming from the controller, and when those bullets rip through the bodies and limbs of enemy soldiers, you’ll be smiling from ear to ear.

Although I didn’t play enough to see the real benefits of the Modern Warfare II open beta levelling systems, the Platform system for weapon attachments is a welcome addition. It removes the grind of finding the same attachments for different weapons, instead allowing you to use your new magazines or muzzles across your entire arsenal. Experimentation is encouraged as well, removing the previous ten attachments to equip in favour of five. This change allows you to add more precision to your loadout and make favourite weapons refined to your exact taste.

The Modern Warfare II open beta has provided plenty of promise for when the full release comes at the end of October. The maps are encouraging and filled with some fantastic designs to allow plenty of opportunities to get kills, with fewer camping opportunities that will please many returning players. The Gunsmith 2.0. features are impressive, and the Invasion mode is definitely a standout, especially if you’re looking for a less stress-inducing mode.

Video games are cool. Don't let anybody tell you any different.
MORE LIKE THIS
Call of Duty: Modern Warfare IIfeatInfinity WardOpen Beta