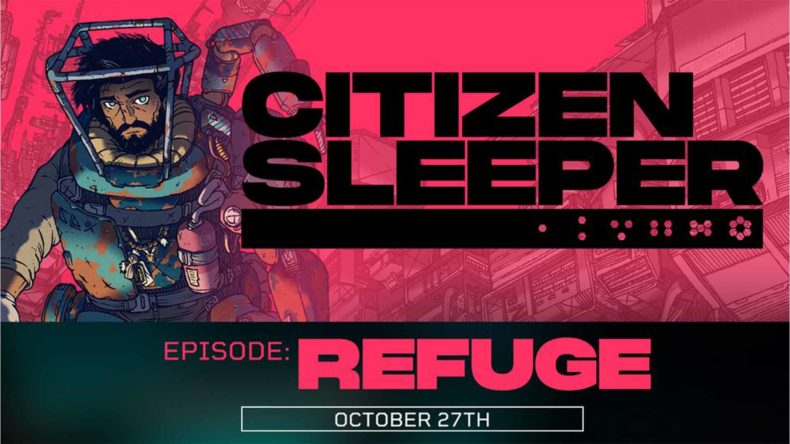 Called “Episode: Refugee”, the second free DLC for Citizen Sleeper is coming on October 27th, for all platforms the main game is available on.

This update “continues the events in Episode: Flux, and introduces players to Sol, captain of the Pilgrim Seed, the reluctant leader of the refugee flotilla which arrived at Erlin’s Eye in Flux”.

Following the events in the first DLC update, Episode: FLUX, this new episode expands upon the story of the refugee flotilla, and the wider narrative of the Helion System, the star system in which the Eye orbits.

In Episode: FLUX, the first ships from a refugee flotilla arrived at Erlin’s Eye in response to pressures in the Helion system. Now, in Episode: REFUGE, a strange event sends ripples through the communities of the Eye. Players will have to enter the flotilla to understand this new threat and help the refugees stabilize their community. 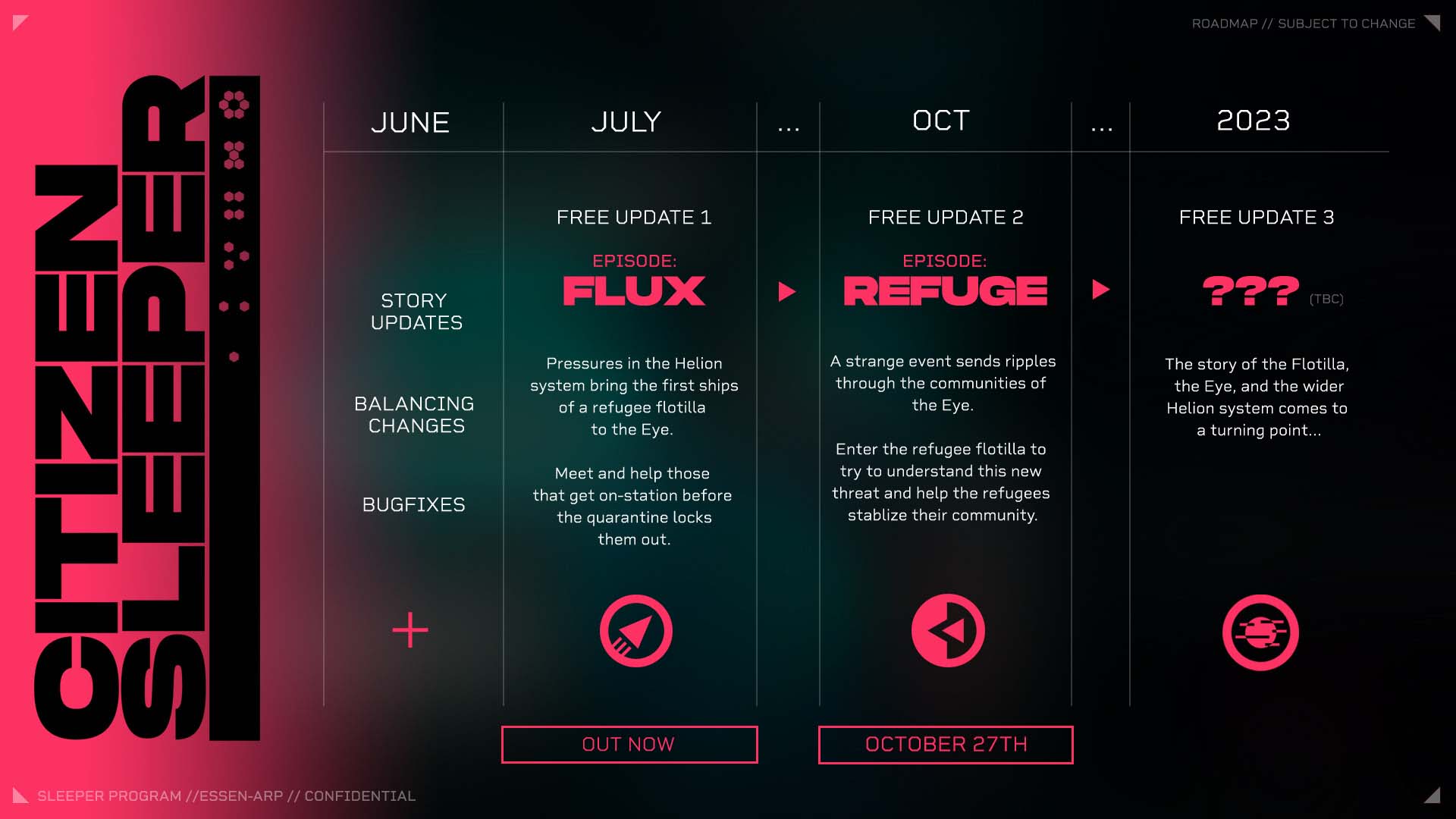 As can be seen in the roadmap above, the game still has a third free update to come next year, which is remarkable given Jump Over The Age is a one-person studio. That third update will be the “third and final episode” which is set to arrive in “early 2023”.

Citizen Sleeper currently has a 95% ‘Overwhelmingly Positive’ rating on Steam, and is also available on Xbox One, Xbox Series S|X, and Nintendo Switch.

It’s going to be 20% off via a sale on Steam, starting today and lasting until September 25th.