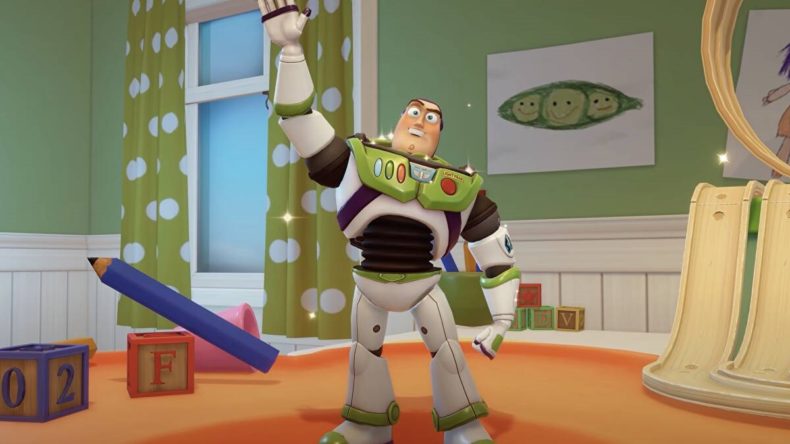 GameLoft has today revealed a brand new trailer for Disney Dreamlight Valley that shows off the upcoming Toy Story Realm. In the trailer below, you’ll see how your character will interact with the likes of Woody and Buzz in Andy’s bedroom, as well as other locations from the much-loved Disney franchise. There’re themed outfits and clothing that hasn’t yet been seen, including Woody’s famous cowboy hat and a cool Buzz-inspired hoody.

Also in the trailer, it shows just how they’ll look in your valley, staying small much like they are in the movies, interacting with the likes of Scar from The Lion King and Ursula from The Little Mermaid. There’s no official release date yet, but it’s slated to become available to players with a Founder’s Pack on PlayStation, Nintendo Switch, and PC, and Xbox Game Pass on Xbox platforms Fall 2022.

Disney Dreamlight Valley and a Toy Story update seems like a match made in heaven, and we’re still loving the game even after reviewing it. We said, “although this is an Early Access title at present, there is a lot to do. Aside from living your second life on the island, there’s a story quest line associated with the Forgetting, and what happened to the Ruler before you got there. It introduces various villains from across the House of Mouse, with quests being surprisingly deep. For saying Disney Dreamlight Valley will be free-to-play when it releases in 2023, it’s dense structure will give a lot of players plenty to do. My only concern is the grind that’ll eventually come the further you get, whether that’s to spend money upgrading everything, or unlocking new Realms.

Saying that, it feels no different in that sense to ACNH. I’ve never struggled to make money or Dreamlight, and I’ve had plenty of great times simply living out my life on the island, finding new ingredients and fish, discovering all the secrets and collectables the game has to offer, all while soaking in every aspect of Disney. Strutting around the village and noticing all the references to my favourite films, hearing the various instrumental tunes from across various soundtracks, I am completely and utterly hooked on Disney Dreamlight Valley.”

Video games are cool. Don't let anybody tell you any different.
MORE LIKE THIS
Disney Dreamlight ValleyToy Story