previous
Homicidal All-Stars is XCOM with a bad attitude | Hands-on preview
random
next
Sackboy: A Big Adventure is coming to PC in October
0 comments 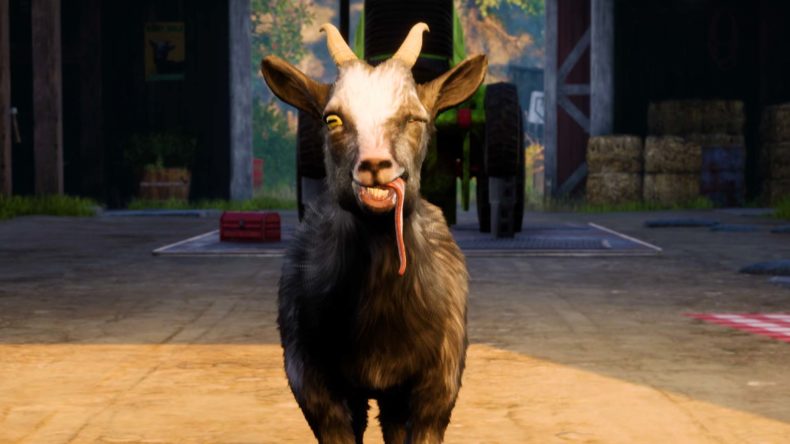 Coffee Stain has announced that Goat Simulator 3 is coming to Fortnite either by way of pre-order, or from the Fortnite store.

If you pre-order Goat Simulator 3 (out November 17th), you can get the bonus “A Goat” outfit in Fortnite right now, but if you don’t want to pre-order anything, you will be able get the outfit via the Fortnite item shop from November 26th. In other words, if you want it early, pre-order the new Goat Sim.

Elin Hamberg, Lead Artist at Coffee Stain North said, “Now we know Goat Simulator 3’s Pilgor looks different in her ‘A Goat’ Fortnite form, but our signature approach to hyperrealism simply didn’t fit in this bright and colourful game. Her arrival in this new world meant giving her a Fortnite twist, and muscles. If the thought of transforming into a questionably named, half goat / half human hybrid rocking a ragdoll print crop top is still your thing – live your best life. We won’t judge”.

Side note: I did not know the Goat Sim protagonist was called Pilgor, but there we go.

Goat Simulator 3 is a direct sequel to Goat Simulator, a silly game that started life as an April Fool’s joke born out of a game jam. In 2014, Goat Simulator became a true goat simulation sensation, selling millions of units across consoles and PC, as well as ‘earning’ ports to Nintendo Switch, iOS, Android, and most-recently Apple Arcade.

Goat Simulator 3 builds on everything fans of the first game loved, raising the baa to brand new heights (sometimes literally). Goat Simulator 3 is coming to PC exclusively on the Epic Games Store, as well as Xbox Series X/S and PlayStation 5 on 17th November 2022.

And obviously, Fortnite is available now on every platform I can think of. Is it on PlayDate? I wouldn’t beg against that, but no, apart from that, it’s on everything. Oh and Steam Deck, it’s not on there, of course.