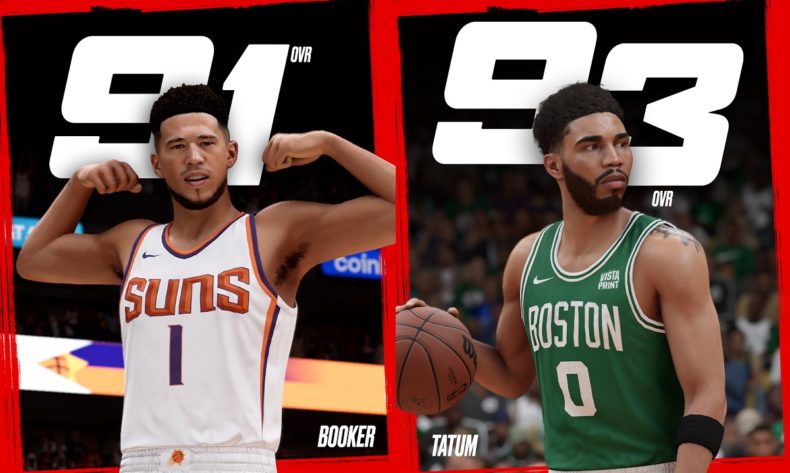 2K has started to reveal the NBA 2K23 player ratings on the social media channels, including who’s the best player in the game. It’s no surprise to anyone that Bucks’ forward Giannis Antetokounmpo is the top player with a 97 overall, however, LeBron James, Steph Curry, Nikola Jokic, and Joel Embiid are right behind him with 96.

Ratings for the best dunkers (Ja Morant, 97) and three-point shooters (Steph Curry, 99) have also been revealed, as well as the best rookies (Paolo Banchero, 78) in the game. NBA 2K23 player ratings have always been debated and argued about on social media, with some fans thinking their favourite ratings aren’t fair. Kevin Durant has even had a playful pop at 2K, calling his 96 rating “laughable.”

Regardless of what the fans think, it’s almost time for NBA 2K23 to hit platforms, as it releases in just two days.

Video games are cool. Don't let anybody tell you any different.
MORE LIKE THIS
2kNBA 2K23player ratings