previous
Street Fighter 6 gameplay preview | Video of all the fighters so far
random
next
Eiyuden Chronicle: Rising is getting a physical edition early next year
0 comments 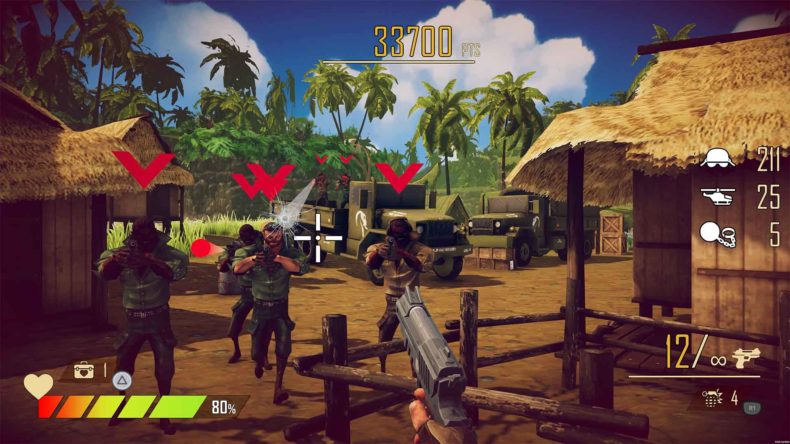 People of a certain age will remember the name Operation Wolf, but Operation Wolf Returns: First Mission is a brand new game coming to consoles this year, with a VR version hitting in 2023.

Officially licensed by TAITO, this is a “new vision” for the rail-shooter, a series I first played in an arcade in Spain in the 80s. For those who can’t remember it, there’s a longplay video available, which we’ve embedded below. Even the music stirs memories, for me.

Developed by the French studio Virtuallyz Gaming, Operation Wolf Returns: First Mission remains faithful to the original game whilst offering a brand new art style. Players are invited to experience the mood of an 80’s action movie thanks to a non-stop frenetic gameplay

There will be solo or local co-op in First Mission, where you play “as special agents tasked to fight a criminal organization. In addition to drug and weapon trafficking, the organization lead by the mysterious General Viper seems to have developed a weapon of mass destruction! Following the discovery of several of the group bases, the agents are sent on location to dismantle the consortium, eliminate the weapons and free the hostages from various prisoner camps”.

It will be released digitally and in retail with a day one edition for PS4, PS5, and Nintendo Switch, whereas it’ll be digital only on PC, Xbox One, and Xbox Series S|X. Perhaps even more exciting is the VR version, will be coming to Meta Quest 2 (formerly Oculus Quest 2) at some time in 2023.

Microids have laid out some facts about First Mission, as follows:

To be honest, I can’t believe I’ve woken up to news about the 80s arcade shooter coming back from the dead, and out of nostalgia alone, I’ll have to check this one out!