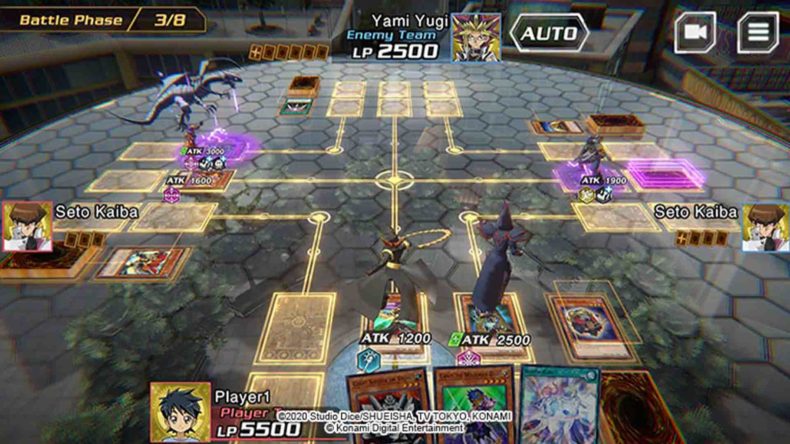 Konami has announced that Yu-Gi-Oh! Cross Duel, a brand new style of card game has launched for both Apple iOS devices, and on the Google Play store.

Yu-Gi-Oh! Cross Duel offers an “innovative and dynamic card battle experience for up to four players. Summon powerful monsters, target key opponents, and storm your way to victory”. The publisher says it takes the tactical appeal of the Yu-Gi-Oh! TCG (trading card game) and brings it to mobile in a “completely new, easy-to-learn experience”.

Four players are connected to each other in lanes that form a cross. They play cards to Summon iconic Yu-Gi-Oh! monsters to the Field. Summoned monsters can be sent along lanes towards other players and their monsters, as they look to inflict damage on their opponents.

Cross Duel is free to play and available now for both Apple iOS devices, and Android, via the Google Play Store.