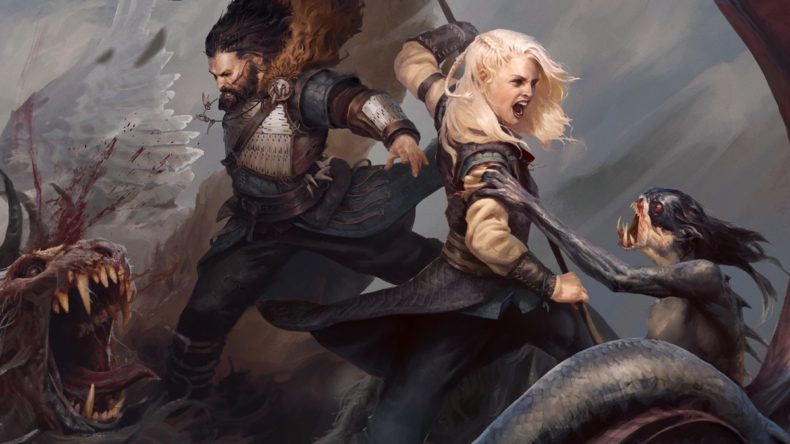 CD PROJECKT RED has today announced a brand new card drop for GWENT: The Witcher Card Game is available now across all supported platforms. Along with the new cards, there has also been a new update for the game which has been detailed on the game’s official site. The cards will be free as part of GWENT’s latest update, which features regular gameplay balance changes.

24 new cards have been added, which feature 12 golds and 12 bronzes of various types, including a selection of Knights of Toussaint, founding members of Clan Brokvar, and denziens of “Tir ná Lia,” the home of the riders of the Wild Hunt. These cards form the ‘Chronicles’ card drop, aimed at utilising and expanding the existing game mechanics currently being used in GWENT.

As well as the new cards, the Saovine Event has been announced, starting October 27, running until November 7. “Celebrate the upcoming Saovine! This event will be held in Reward Book where you can unlock special vanities by playing GWENT and completing quests. If you are curious what happened during the Saovine Party in Lady Orianna’s Estate dont forget to also read the story by unlocking Story Nodes from Geralt’s and Dandelion’s perspective.”

Finally, the GWENT in-game store will be hosting a special, limited-time offer starting from today. The Chronicles Pack contains all of the new cards from the Chronicles card drop in their premium animated versions, as well as the all-new Foltest Army Commander Skin. The pack will be available until December 6, 9am UK time.

Video games are cool. Don't let anybody tell you any different.
MORE LIKE THIS
CD Projeckt RedChroniclesdeck-buildingGwent