previous
"Choices with impacts": an interview with Matthias Linda, developer of Chained Echoes
random
next
Civilization VI has a new season pass that will add 18 new playable leaders
0 comments 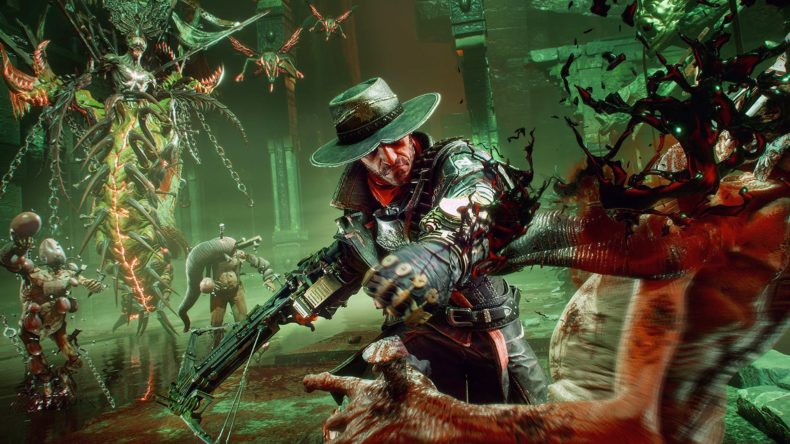 Evil West, the new supernatural Western blaster from Flying Wild Hog, can be a tough game in places. After all, you’re fighting off hordes of vampires, werewolves, and other mutated beasts with only your wits and the hald a dozen guns you can fit in your chaps. There are some gruelling encounters later in the game, and you’ll need to bring everything in Jesse Rentier’s considerable arsenal to bear. But it’s also a game about exploration and tactics, believe it or not, as there are so many options to play with and so many secrets to find.

We’ve put together 6 Tips for Evil West to help you get started with the early game and take you through to the tougher challenges in the back half. Saddle up, cowboy, and let’s go hunt some vampires. 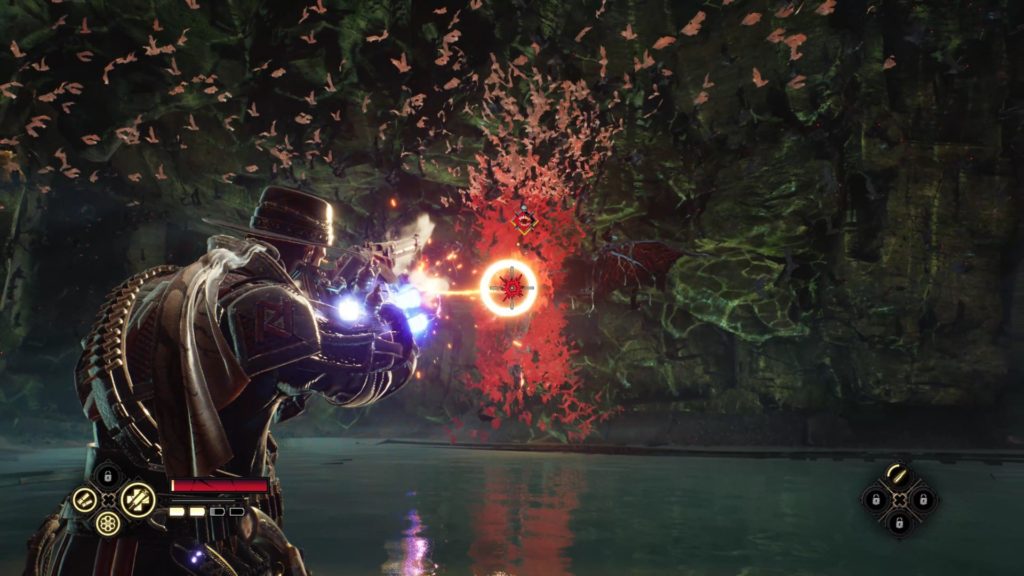 Every enemy in Evil West, from the lowliest Familiar to the deadliest Highborn, has weak points. Some glow before they attack, indicating where to aim, while others will signpost an upcoming ranged attack or buff with a series of glowing rings that Jesse’s aim will snap to. You don’t have to hit these points to kill them, but it speeds up the process and interrupts incoming attacks. When in doubt, hit the weak points.

Jesse’s Lightning Gauntlet is pretty devastating, useful for stunning enemies, closing gaps quickly, and chaining damage to multiple ticks. But its Supercharge mode requires four full batteries, which means you’ll often need to conserve the power for when you need it. Some Perks and weapon upgrades cause Energy pick-ups to drop from beaten foes, but in tougher fights it’s best to utilise Jesse’s vast arsenal of guns and explosives to conserve some of that energy. 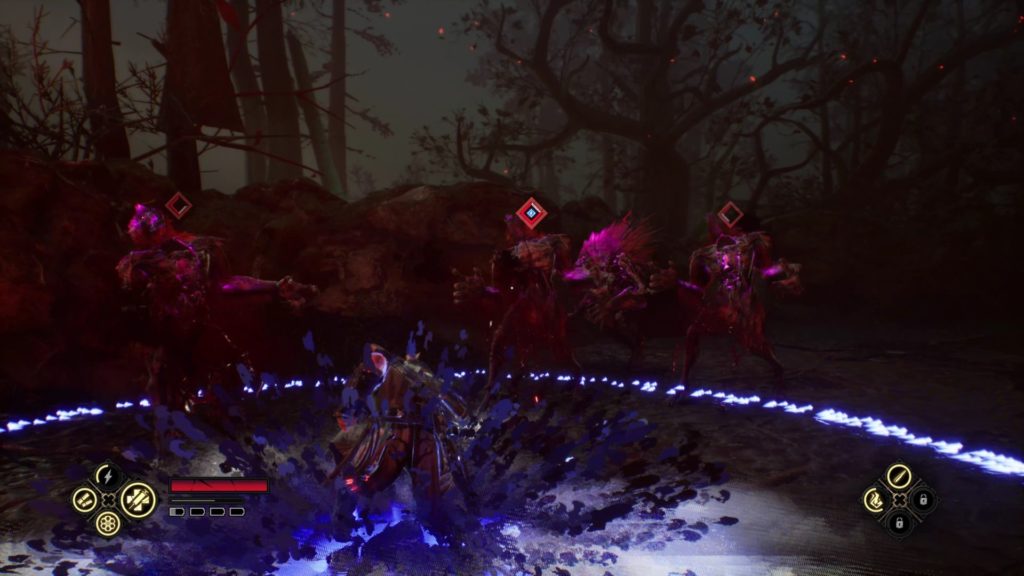 That being said, most encounters hurl multiple enemy types at you all at once. Leaping Nagals that dodge your bullets, charging exploders, huge beefy ticks with shields or clubs, flying mutated wasps that shield the other enemies. Crowd control is vital, and possible even without burning though Gauntlet energy. The Crippling Rod has a long cool down but stuns everything in the vicinity, including bosses, allowing time to heal or get in some quick free damage. Later you’ll have dynamite, while the augmented Boomstick applies short-lived damage-over-time to nearby enemies. In a pinch, the Flamethrower can do massive damage to clustered groups, too. And when you absolutely have no choice, the Gauntlet’s ground-slam will give you some breathing space fast.

Speaking of which, applying the power of Lightning to your weapons makes them incredibly powerful. You’ll find blueprints as you progress the story, but will still need to spend dollars on the actual upgrade, all of which are very costly. The pistol augment is superb though, adding chain lightning that leaps from enemy to enemy as you crack off single shots or fan-fire into crowds. The long rifle augment allows you to supercharge a powerful sniper shot that does massive damage. Unlock them all and apply them as quickly as you can to maximise your effectiveness. 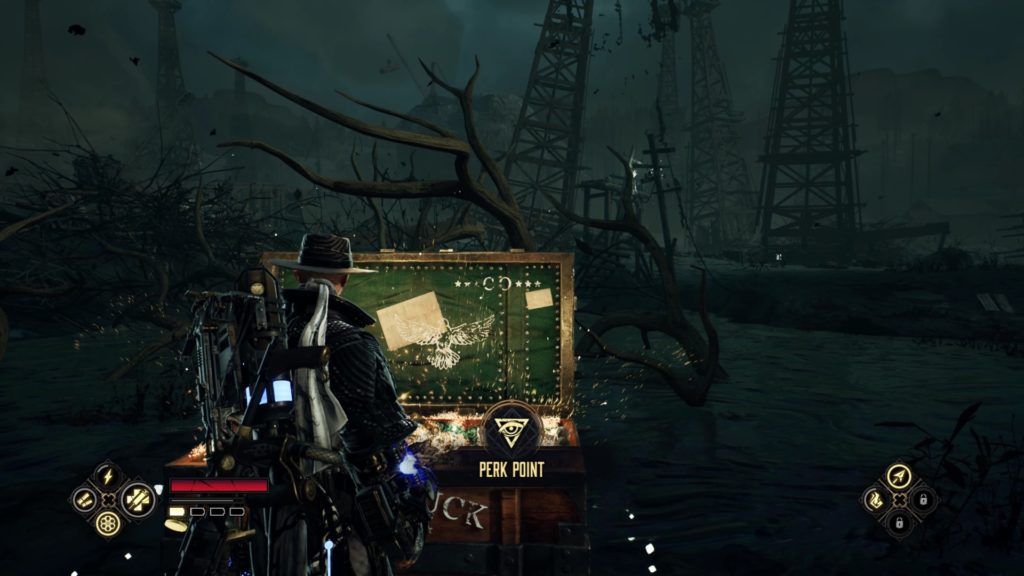 Everything you need, such as weapon augment blueprints and new gear will be given to you at set moments in the story and you can’t really miss anything. However, Evil West hides money everywhere, as well as Jack & Luck chests that contain cosmetic skins and secret Perks that you’d otherwise miss. It doesn’t always tell you which way will advance the story, but always look for tell-tale chains that show an access or climb point, and explore every nook and cranny.

Evil West has a massive variety of enemies, and has a habit of rotating its minibosses into standard encounters. As a result, some areas are incredibly tough, and you’ll need everything in Jesse’s arsenal to stay alive. But specific weapons are better for certain enemy types, and you’ll often have to modify tactics on the fly. Evil West’s weapon system is fantastic, assigning different guns to single buttons to allow you to flick between them without cycling or weapon wheels. There’s also no ammo to worry about, so you don’t need to reserve anything. Make use of this advantage and bring everything you have to the fight.

Senior Content Editor Mick has been playing games for over 30 years and writing about them for around 12. After drifting from site to site for a while, settling briefly at the now-defunct Made2Game and freelancing for the gone-but-not-forgotten NintendoGamer Magazine, he came at last to rest at Godisageek. Mick has been a reviewer, staff writer and content editor here for some time, while also moonlighting a little for Red Bull Games. He has 4 kids, has written 2 novels, and sometimes even manages to pay a bill or two. You'll usually find him defending the galaxy in Destiny 2, battling evil in Diablo 3, or lurking in the background on Twitter. Find him there @Jedi_Beats_Tank, or on XBL (JediWaster247), PSN (Jedi_Waster) or Nintendo (JediWaster).
MORE LIKE THIS
Evil WestFlying Wild HogFocus EntertainmentShooter