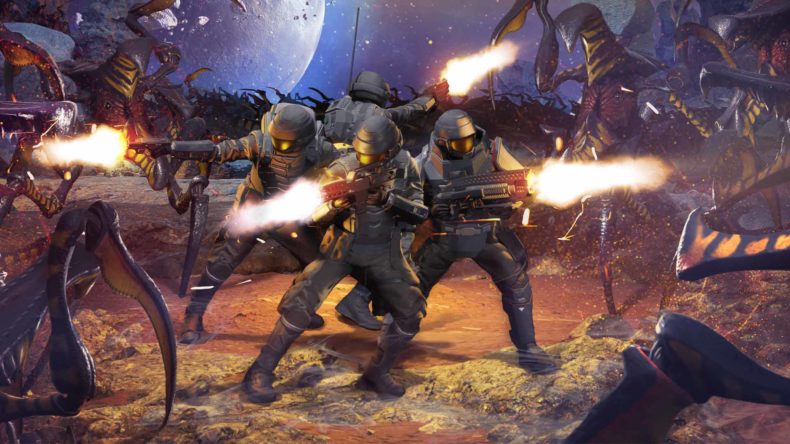 Offworld Industries has revealed Starship Troopers: Extermination, a brand new 12-player co-op first-person shooter, coming in 2023. The game is a collaboration with Sony Pictures, is inspired by the 1997 classic film, and is coming to Steam early access for PC next year.

Here’s the official word on the newly revealed game, along with a teaser trailer:

Starship Troopers: Extermination puts players on the far-off front lines in an all-out assault against the Arachnid menace. Squad up as a Trooper in the Deep Space Vanguard, an elite Special Forces group within the Mobile Infantry. And get ready to stomp some Bug because no Trooper will ever stand alone as they line up shoulder-to-shoulder with their fellow Vanguards—trusty Morita Assault Rifles in hand—to battle against hordes of bloodthirsty insectoid aliens on the hostile surface of the planet Valaka.

Work together to complete objectives, acquire resources, build and defend your base of operations, and then escape to the extraction point together. The battle will be intense but, as hardened warriors standing for all of humanity and the United Citizen Federation, leave no inch of ground safe for the Arachnids!

Here’s the list of “key features” for Starship Troopers: Extermination:

Other than that, we don’t have a huge amount to go on, though the screenshots provided do look pretty damn good, (see below) and the source material should make for a good game, right? 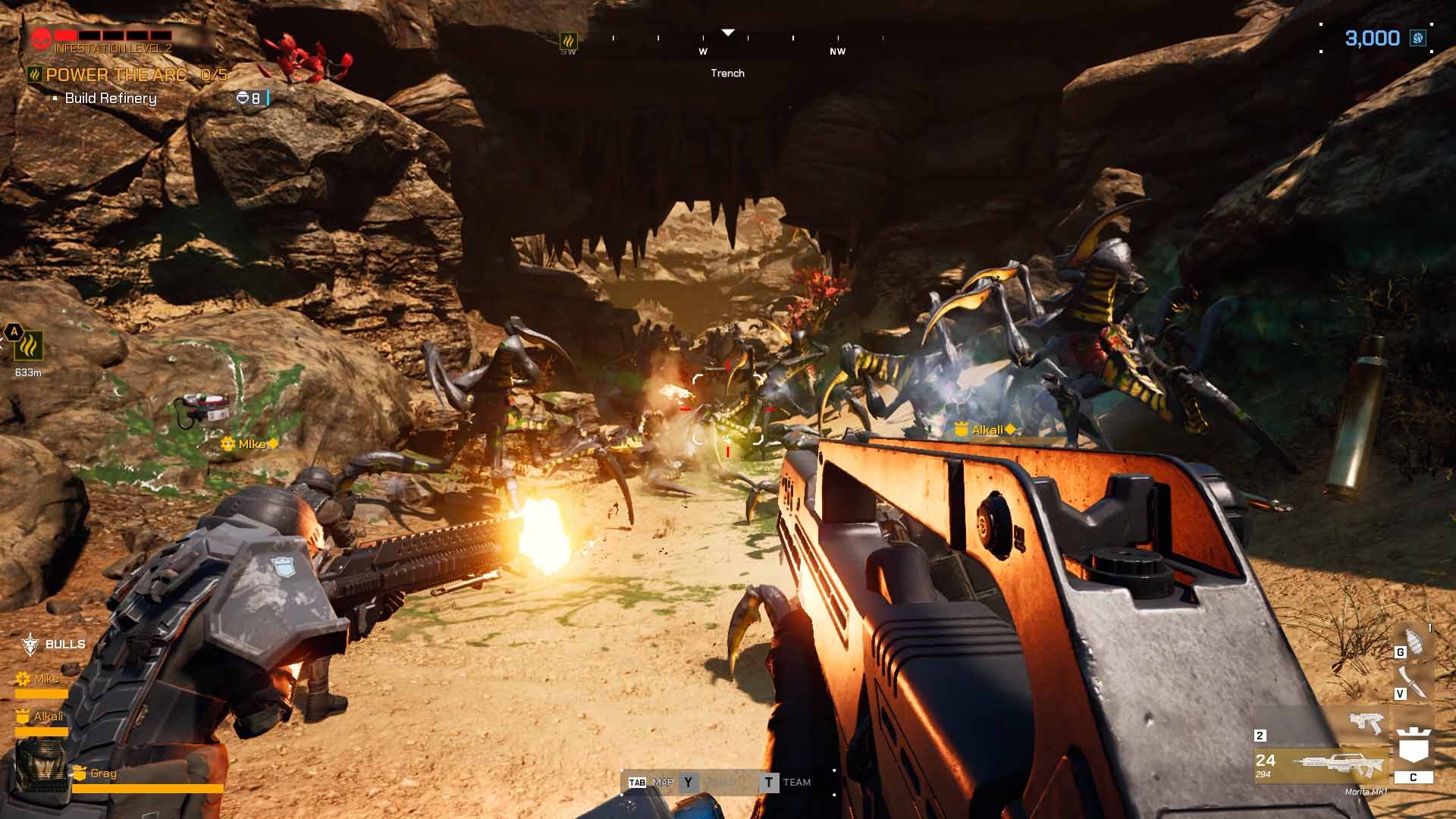 Offworld Industries is known for titles like Squad, Post Scriptum, and Beyond the Wire, and says on its official site that “we see ourselves as a safe haven in an industry known for it’s toughness and volatility: an industry where game developers are often marginalized or taken advantage of. Whether it is with our high level of developer freedom, our annual company trip, or encouraging developers to create and foster their own works, we always put the developer first at Offworld Industries”.

Starship Troopers: Extermination is coming to PC early access in 2023.