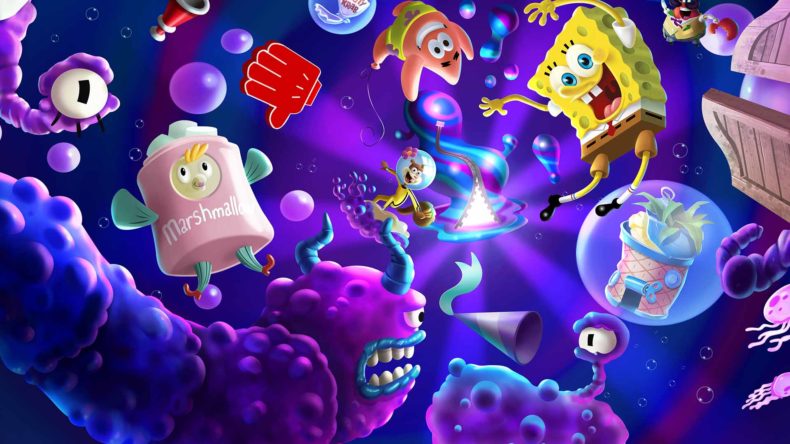 THQ confirmed this news with a new trailer, which you can check out below. SpongeBob SquarePants: The Cosmic Shake is coming to PC, PS4, , Xbox One, and Nintendo Switch. If you pre-order you’ll get a free costume pack which includes seven costumes.

The costumes are as follows:

Wish-granting Mermaid’s Tears in the hands of SpongeBob and Patrick… What could go wrong? Sure, the very fabric holding the universe together could come undone, opening portals into wild Wishworlds. But that’s nothing our favorite sponge can’t handle- with the right cosmic costume!

SpongeBob and Patrick meet the mysterious fortune teller Kassandra who gives them a vial full of Mermaid’s Tears. Legend claims they grant the wishes of those who are pure of heart…

Naturally, the two best buddies get overexcited and their flurry of wishes tears open the very fabric of space and time. All while releasing Cosmic Jelly© onto Bikini Bottom and opening portals to strange Wishworlds in the process.

Now it’s up to our heroes to rescue their friends who got lost in the Wishworlds and bring back Bikini Bottom’s most iconic buildings. But Kassandra has her own devious plan…

Take A Look At This Spongebob SquigglePants Launch Trailer!