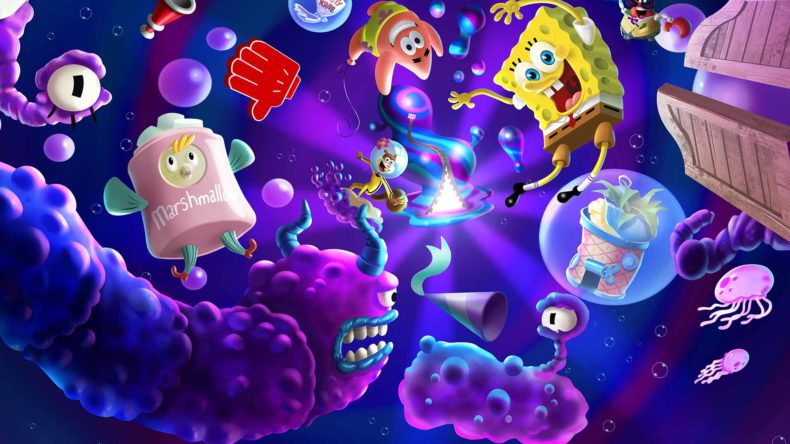 THQ Nordic and Nickelodeon has announced the BFF Edition of SpongeBob SquarePants: The Cosmic Shake, and it’s a cracker. Coming in at a price Mr Crabbs himself would find eye-watering, the BFF Edition includes a 9.8″/25 cm high Cosmic Victory Statue, a 19.7″/50cm wide inflatable Patrick, and TK.

You can see the goodies in the trailer below:

Now look, I’m not going to say it isn’t expensive, but I do want it. I have a major weakness for SpongeBob, and the statue looks genuinely ace, and I would absolutely use those place mats without irony.

Wish-granting Mermaid’s Tears in the hands of SpongeBob and Patrick… What could possibly go wrong? Sure, the very fabric holding the very universe very together could come very undone, opening up portals into Wishworlds full of knights, cowboys, pirates, and prehistoric snails. But that’s nothing everyone’s favorite sponge can’t handle – with the right cosmic costume! Everybody do the Cosmic Shake!

SpongeBob SquarePants: The Cosmic Shake is in development for Nintendo Switch, PC, PlayStation 4, and Xbox One and will be out in 2023 – when it’s ready!