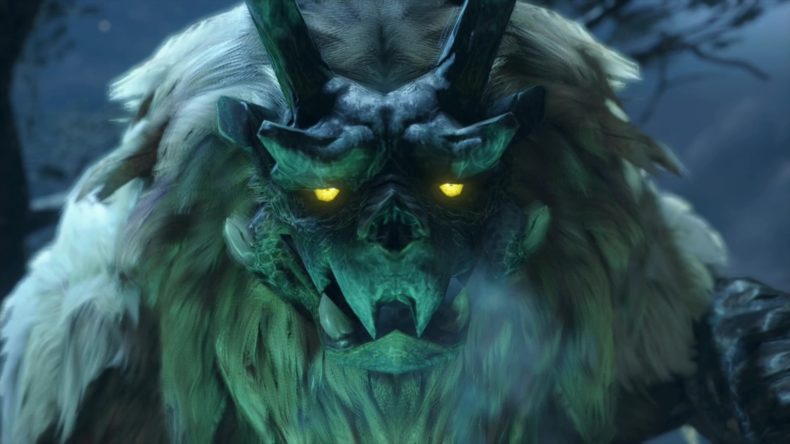 Goss Harag is one of our favourite new monsters in Monster Hunter Rise. A huge, Oni-like yeti, this abominable beast has a handful of punishing attacks and deals out both ice damage and iceblight. Goss Harag is similar to Arzuros and Volvidon, but bigger than both, and has more in its arsenal. Bring nulberries for the iceblight, ice resistance if you can, and a fire or blast weapon for elemental damage.

While brutal, Goss Harag is also fairly slow and shouldn’t be a problem for most nimble weapon-users. Unlike some of the beasties in Monster Hunter Rise, it doesn’t have any areas that are heavily protected, and slashing away at its bulky body or hands is probably the best strategy for damage early in the encounter.

Be aware that it can inflict Iceblight, and has a few pretty devastating attacks in its arsenal. It also has a powerful roar that can knock you out of the air. 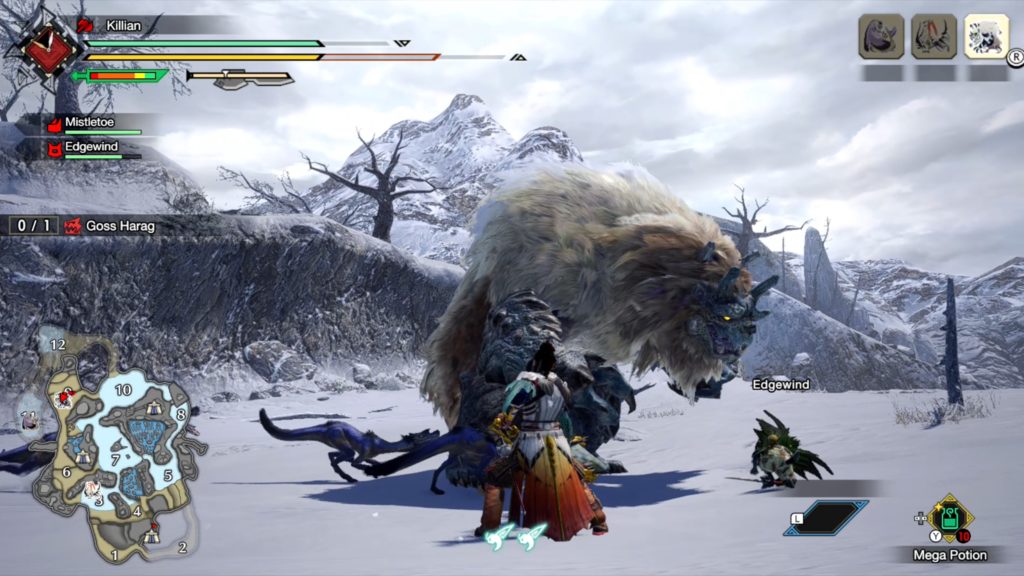 Goss Harag’s primary attacks are a ground slam and claw swing, but sometimes it will charge, then jump, turn and slam into the ground, sending a massive shockwave of rock at you. When it rears up and takes a deep breath, get close on either side or get some distance, because its mid-range iceblast will knock you back, do heavy damage and inflict iceblight. First, the beam will shoot out in front, but then Goss Harag will turn to either side and sweep across in an arc that’s hard to avoid if you’re in range – though can be blocked by a shield.

When it becomes enraged the fight dynamic changes. With huge ice blades on one or both claws, Goss Harag does much more damage and is more aggressive. It will swing back and forth and can catch you if you’re not directly behind it, and will do a devastating attack that launches splinters of ice at you. Usually, it will do this three times on the trot, but occasionally it will throw in an extra one for good measure. If you can’t interrupt the wind-up attack, then be prepared to block or dodge several fast and powerful volleys. If it knocks you down with a blade strike, get up quickly as it will attempt to combo you by leaping forward and slamming its blade down on you for serious damage.

Ultimately, the trick here is to stay close and behind Goss Harag where possible, and be wary when it gets its icy blades out. 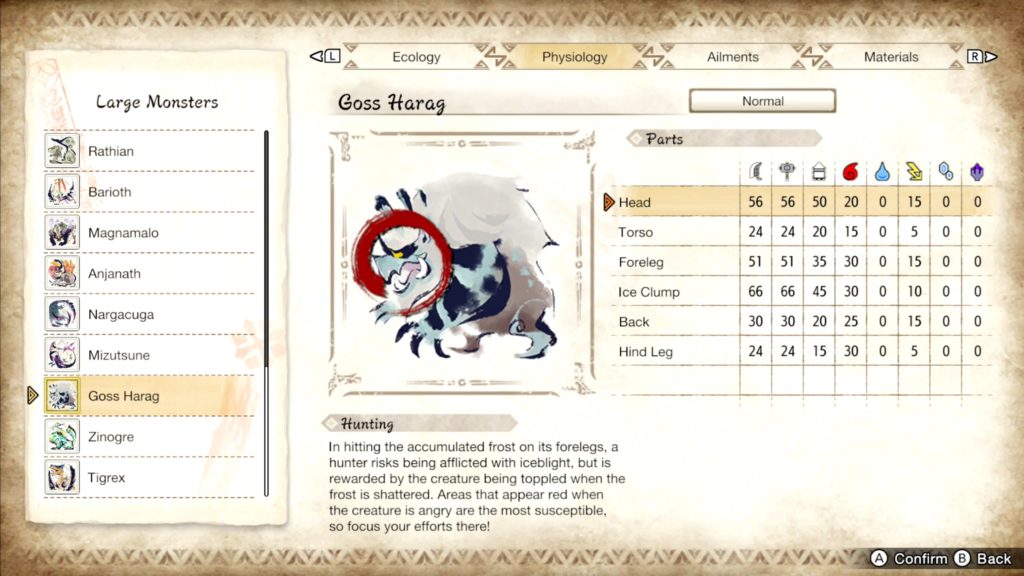 Goss Harag’s biggest weak spots are actually its strongest weapons. When its ice blades are out and slicing, you can inflict heavy damage on them and even break them. Also, its forelegs and hands, and head, are all viable targets for your attacks. Unsurprisingly, Goss Harag is weak to Fire, but also doesn’t like Thunder or Paralysis much.

Note that Goss Harag has no tail to cut, but you can break various other parts of its body such as its head, back and hands.

Goss Harag can be found in the Frost Islands.