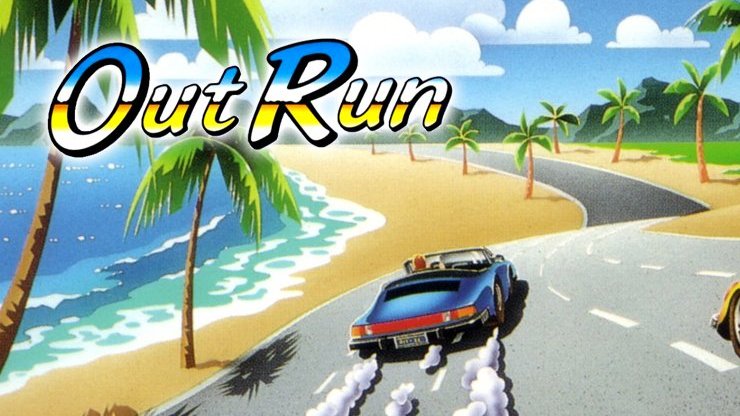 Terms like “classic” and “iconic” are thrown around with irritating frequency these days, but never have they been more appropriate than when it comes to describing SEGA AM2’s seminal OutRun. This is a coin-op that managed to transcend the artform – it became part of popular culture, with a name that even non-gamers will almost certainly recognise, and with its badass soundtrack and radical choice of sportscar, it was and remains a touchstone of gaming cool. The decision to bring such a beloved game to the world of stereoscopic 3D was a fine one – along with the equally legendary Space Harrier it is well known that Yu Suzuki designed both games with 3D in mind, even if they were presented in two dimensions thanks to his talent for sprite scaling – and the result is perhaps the ultimate version of the original racer, something that is instantly apparent the moment you push the accelerator on your Testarossa approximation and pull away from the familiar environs of Coconut Beach.
M2 have terrific form for porting vintage SEGA and Konami games (their run of shooter collections on the PSP remain among the best titles you can own for that system), and they have done an absolutely fantastic job here. The gameplay remains intact from the arcade original – minus the force feedback and ultra-cool cabinet, of course – as do the trademark SEGA aesthetics. These days when you play a driving game, even an arcade-oriented one like a Mario Kart, the pre-race routine will generally consist of tweaking your car. In OutRun you don’t bother dicking about with tyres or suspension or any of that malarkey – you choose your in-car soundtrack. And what a soundtrack it is. Passing Breeze and Splash Wave are supreme creations of gaming musical accompaniment, yet it is the mind-blowing Magical Sound Shower that will resonate with most gamers of a certain age and worm its way into your brain with its genius. M2 even have the balls to muster up two brand new ditties for this port – and they fit seamlessly alongside the O.G selections. Eventually you do get to tune your vehicle before taking your girl out for a spin on the glorious open road – and these customisation options are unlocked when you complete the game and reach each of the different branching goals. You can alter the colour of your motor, improve your grip and handling, and even change the difficulty level. For those fuddy duddies alarmed by the fact that this new port runs at a cool 60 frames per second, there is even the opportunity to unlock a bog standard 30fps mode, just like the original. Menus are basic but functional. It doesn’t mess around with the essence of OutRun, but feels new and fresh enough to warrant a look in 2015.

Playing OutRun evokes so many memories it almost brings a tear to your eye. It reminds you how the golden age of arcade gaming is a mere speck in our rear view mirrors now; that quite simply, they don’t make ‘em like this any more. It is about the epitome of arcade cabinet cool, of holidays, of the seaside, of your youth. OutRun is nearly thirty years old, and after numerous attempts, this is unquestionably the best version of Yu Suzuki’s forward-thinking, highly influential vision.

Not a single one
Really
None at all

An absolute stone-cold classic, now on your 3DS.