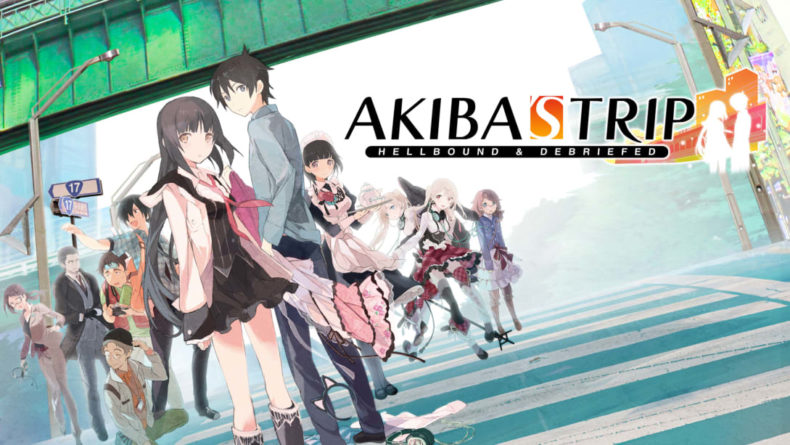 There are some games that I can forgive for being a bit risqué. Although lewd gaming content has never been to my taste (titillating moments are rarely designed with asexuals in mind), if the game is good enough I can usually shrug off a few pervy interactions. Take last year’s Sakura Wars reboot. Although it had plenty of gross “moral choices” to see if you wanted watch girls bathing, it also featured a story of friendship and comradery that really touched me. Akiba’s Trip: Hellbound and Debriefed is very much on the other end of that spectrum.

You may recognise the name from the 2013 PlayStation Vita installment, but that’s actually the sequel to this game. Hellbound and Debriefed is a port of the Japan exclusive PSP original. Honestly it still looks like a PSP game. It’s hard to imagine how the blurry and blocky graphics could ever “excite” the intended audience, which is a shame as there isn’t much else to enjoy. 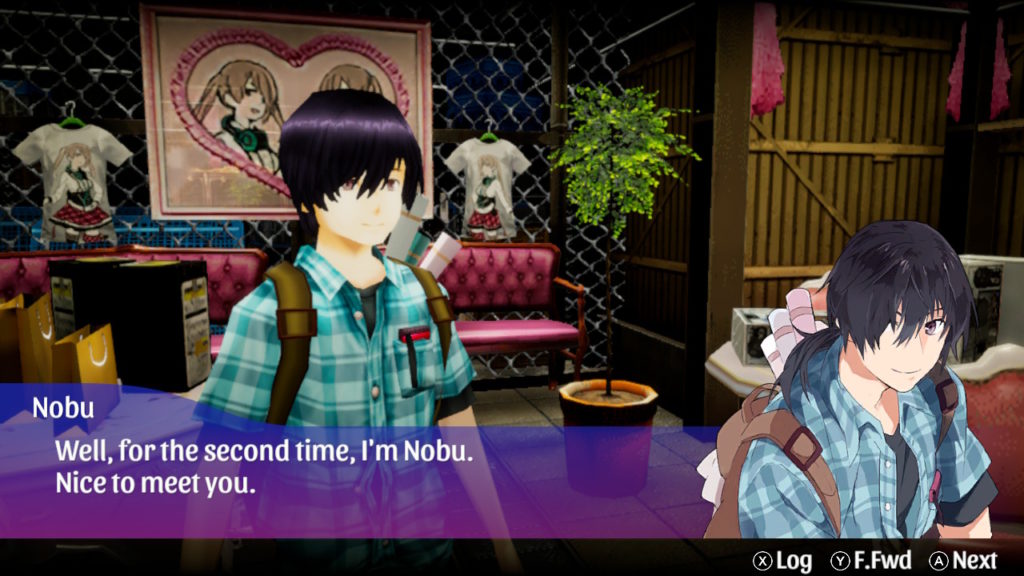 Akiba’s Trip:Hellbound and Debriefed: A story in poor taste

Your character is a young man living in the Akihabara area of central Tokyo. After a violent encounter with a vampire-like creature known as a Shadow Soul, he finds himself transformed into one of these demonic creatures. Then some government agents capture you to ask for your assistance in stopping these supernatural baddies. Thus begins a vampire hunting adventure.

To take down a Shadow Soul you must expose its skin to sunlight. You can probably see where I’m going with this. Combat in Akiba’s Trip involves attacking either the head, torso or legs to, I suppose, damage or loosen the clothing. Once you’ve done this it’s time to literally tear them off, exposing their skin to the sun’s deadly rays. You’re technically a Shadow Soul too though, so if you can’t keep your clothes on you’ll lose more than just your dignity.

It’s certainly a unique way to fight your foes, but in practice it just isn’t very enjoyable. The combat itself is stiff and sluggish, with blocking and dodging feeling especially ropey. Each area of the body has its own dedicated button to launch attacks at it. Because of this, there isn’t a lot of nuance to battles. Eventually you can start unlocking new attacks that automatically activate when you’re a certain distance from a Shadow Soul. However, in the end you’ll still mainly just be mashing Y to attack the torso. 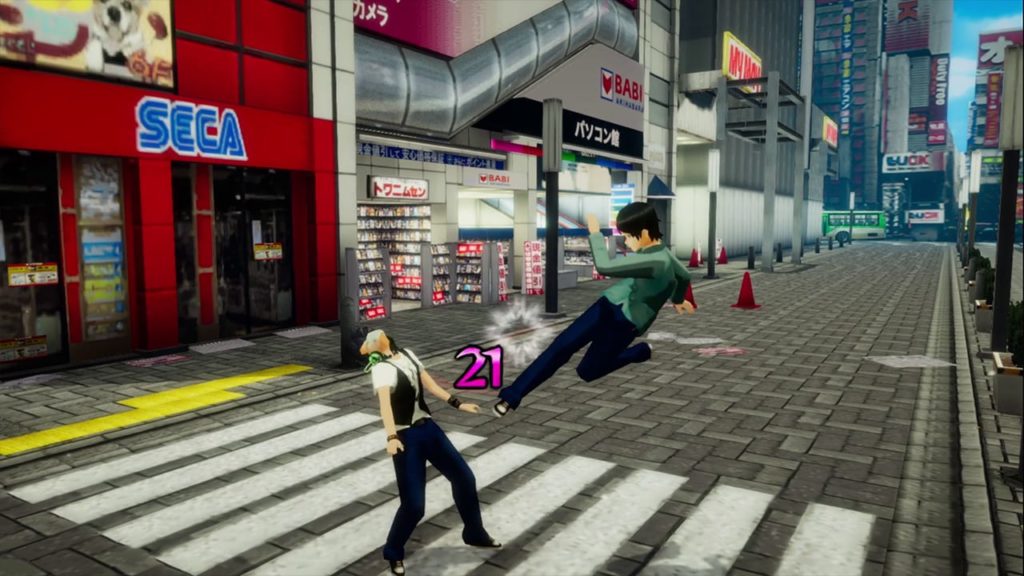 You’d think that this disturbing method of taking down an enemy would at least only be used on demons because of the narrative. Unfortunately, if you get in a scrap with an everyday human in Akiba’s Trip you’d better believe they’ll be getting forcibly undressed. Maybe it’s just me, but attacking a schoolgirl and tearing off her uniform as she desperately tries to hide her more private areas is one of the least heroic activities I’ve ever done in a game.

To ensure you’re able to keep up with the toughest of vampiric enemies, you’ll need to buy new weapons and clothing that’s harder to remove. There are so many shops in Akiba, and it isn’t always easy to find what you want. This becomes especially frustrating when you’re asked to buy a specific item for a mission, which happens a lot.

The story missions and side missions don’t really feel hugely different. You’ll almost always either need to find and kill some vampires; buy or locate something for someone; or find a specific person. Maybe it’s because the game is so graphically disappointing or that all the environments look fairly similar, but I rarely appreciated getting the opportunity to walk down more streets full of shops looking for an item of clothing. 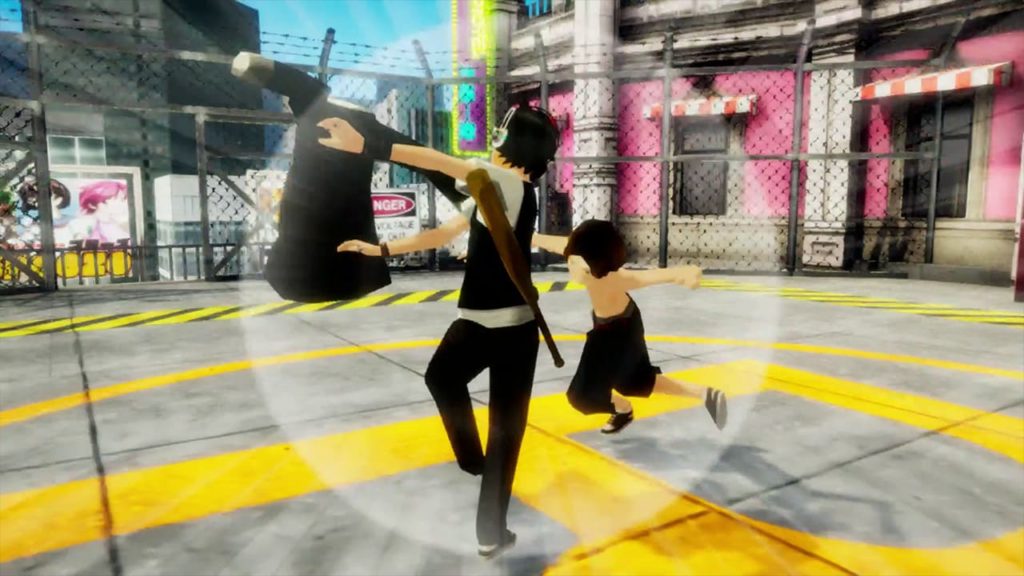 If you really want to get into the spirit of Akiba’s Trip, you only need to open the Pitter app on your phone. This pretend online chat room is possibly my least favourite aspect of the game. It’s just a load of messages from teenage boys being awful. I suppose it’s hard to deny that this isn’t a realistic portrayal of the worst corners of the Internet, but I’d rather do anything else than read more of their disturbing comments about women.

I’ve had a lot of negative things to say about Akiba’s Trip, and unfortunately there’s more. Despite the game having a PSP level of graphics, it still manages to run badly. The framerate isn’t great, and I actually experienced a decent amount of slowdown during my playthrough. It honestly baffles me that one of the worst looking games I’ve played in years could also have these technical issues.

In case I haven’t made it clear yet, I do not like Akiba’s Trip: Hellbound and Debriefed at all. It isn’t fun to play, stripping people off is horrific, and it’s incredibly ugly to look at. On top of that there are technical issues, as well as missions that feel like wild goose chases. Unless you have a very specific fetish for half naked blurry character models, I can’t think of a single reason you’d play Akiba’s Trip.

The soundtrack is okay

Between lackluster combat, outdated graphics and the horrendous stripping mechanic, it's very hard to think of a reason to recommend Akiba's Trip: Hellbound and Debriefed.