previous
Carmageddon: Max Damage Review
random
next
Song of the Deep Review
1 like

Atelier Sophie: The Alchemist of the Mysterious Book Review 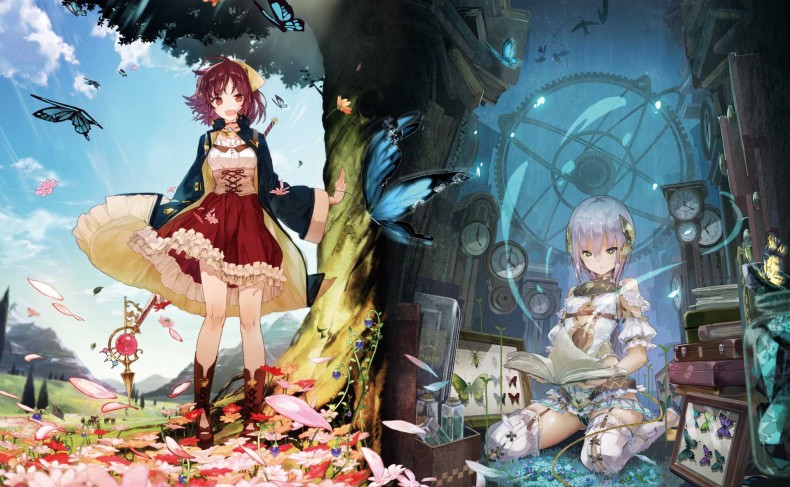 Being the first game in a new trilogy for the Atelier franchise and also the first game in the franchise on PlayStation 4, The Alchemist of the Mysterious Book is a relaxing and bright JRPG that isn’t something we see everyday. It’s full of charm and has the signature Gust character designs and music that keep us coming back for more.

You play as a girl named Sophie in the town of Kirchen Bell. Sophie fumbles at alchemy until she finds a mysterious book (yep) that can fly and talk. The book is named Plachta and it helps Sophie become a better alchemist as pages get filled and memories come back. Plachta can’t remember anything initially but slowly it comes back to her who she really is. Atelier stories always have a narrative that takes place on a larger scale than what’s visible but it’s never rushed and you’re relaxed as you enjoy the journey. Character development happens through the story and the friendship system – you get to give gifts to important characters, and if you keep giving them things they like they’ll reciprocate with useful gifts. For the playable characters, including them in your combat party adds to their friendship level. One of the major changes to this particular Atelier game is in the alchemy. There’s a puzzle element added and this makes things more fun. Each ingredient used has a colour code and takes a fixed set of spaces on the grid. Placing items in particular ways filling up the boards representing the cauldrons results in bonuses and even some powerful traits. One annoyance is how you are forced to redo this to make more of a certain item as opposed to previous games that allowed you to create multiples of a certain item in a single go. The second big change is one that will make newcomers happy: the removal of the time limit aspect. Rather than burden people with that time limit (as in previous entries), things are more relaxed, some may even find the pacing too slow. There is still a day-night cycle, though, which changes many things. Items and monsters you find while scavenging areas are different in the night. While the visuals of the environments do feel empty and bland, the day-night cycle keeps things fresh.

Battles are not a focus in Atelier games and that’s a good thing. I’m a big fan of turn based combat but I enjoy playing Atelier for the reasons outside of the combat. You either have characters in a defensive or offensive stance during combat. The chain link bar decides when support moves will be done automatically. Battle special move animations look great, albeit still reminiscent of a scaled up handheld game.

The character designs are fantastic; as expected. The detailing that goes into the little things like Sophie’s backpack and random NPCs in a book store are great. The world map and town map deserve a special mention because of how lovely they look with a generous helping of green thrown all over the place. Environments still look too empty and bland during combat and while walking around, and while it’s understandable not using the power of the console for groundbreaking visuals, perhaps there could at least be more things on the screen. This would work on the Vita but not on the PlayStation 4. I think NIS America’s Disgaea 5 nailed the balance in visuals and number of things on the screen thanks to the PS4 focus. The bright side is that it runs well, just like Nights of Azure. Localisation is a hot topic these days with Japanese games and I adore the localisation in Atelier Sophie. Characters ooze charm and the voice acting is great in Japanese. The English voice acting on the other hand is inconsistent. I wish Koei Tecmo didn’t cheap out here and had every line voiced. Since I play every game for an hour with both voice over options before deciding on one to stick with, I noticed the lack of voice acting during various lines with the English track. On the other hand, Gust hits it out of the park with the music again. The tunes perfectly match the themes and are memorable with their catchy and jazzy nature.

If you’ve wondered which Atelier game to start with and been overwhelmed by the number available, Sophie is a great starting point. Not only does it run great but it is also the start of a new trilogy in the franchise. I look forward to what Gust does with Atelier Firis that should release in Japan this year because it looks like a true jump in generations for the franchise.

Atelier Sophie: The Alchemist of the Mysterious Book marks the franchise PlayStation 4 debut and one of the must play JRPGs on the system, despite its flaws.

You may also like
atelier sophie: the alchemist of the mysterious bookGustPlayStation 4