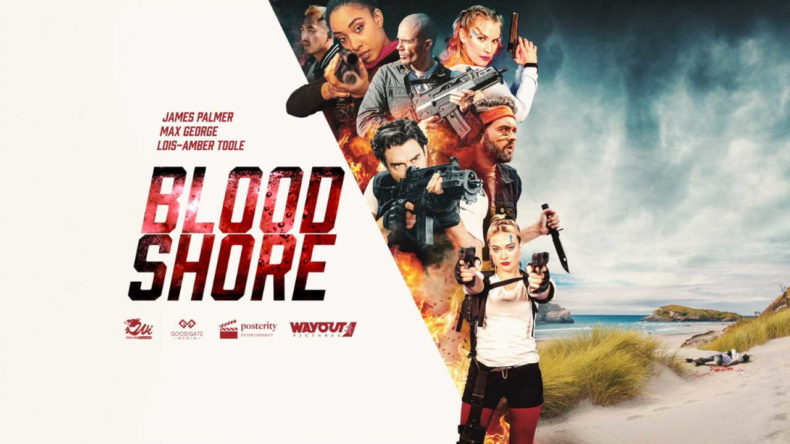 Timing is everything, and in that sense, Bloodshore is right on the money. It’s an FMV game centred around a battle royale where the winner receives a life-changing sum of money. So yes it has more than a whiff of the popular Netflix series Squid Game, and some Hunger Games too. Its reality TV, Youtube-obsessed fanbase also feels eerily familiar and relatable, like something we’ve seen before. Unfortunately, though, that feeling of deja-vu becomes all too apparent after playing this short game multiple times, and realising its branching storyline is really anything but.

In Bloodshore, you enter the latest KillStream series as Nick Romeo, a washed-up former child actor. Thrown onto the island with you are a bunch of wannabe influencers and Youtube streamers doing it for the fans and stream traffic that comes with it. The group of 50 players is split up into 6 landing parties, so initially you are familiarising yourself with a handful Ultimately only one of you will make it out alive and claim the grand prize, so there’s no one you can really trust. And so begins a story of choices, survival, and uncovering just what is going on behind the scenes at KillStream. 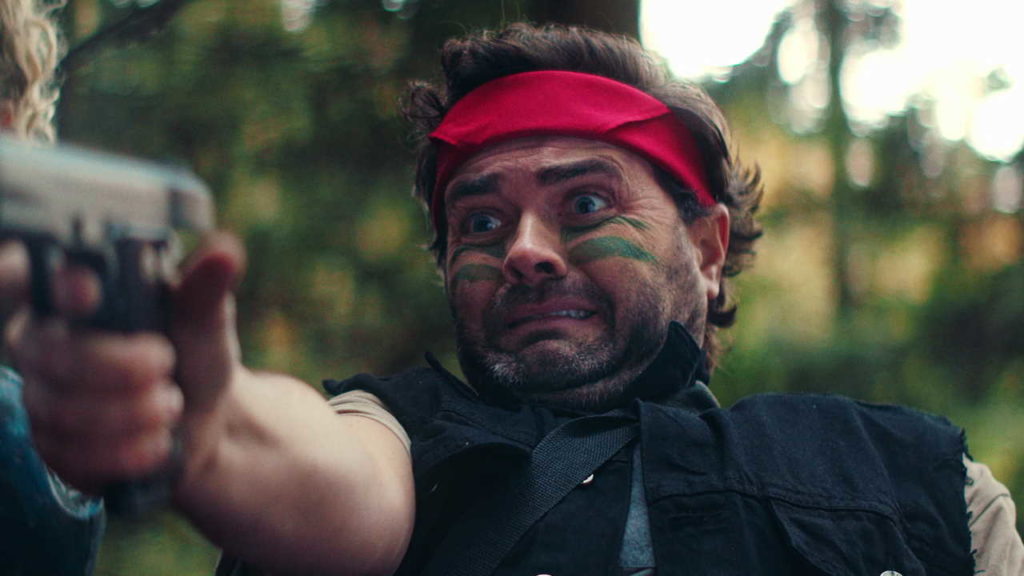 The majority of the game plays out in FMV, interspersed with decisions Nick has to make. Some decisions affect the story, but as well as that, they also affect one of five ratings. These include your audience opinion, the unity of your initial landing group, a love interest score, a strength meter driven by the weapons you hold and team members too, ad finally your Insight which demonstrates how much you’ve managed to uncover about what’s actually going on.

The choice to use FMV as the main tool in a game is always an interesting one. On the one hand, you literally get photo-realistic quality environments and characters and the immersion that comes with that. The other side of the story is not only the limitations placed on a limited set of video recordings but also the passive nature of watching things unfold vs actually interacting. And unsurprisingly Bloodshore has both these positives and negatives as a result. The characters and acting quality is actually pretty good, with a good cast, with lines acted well. They deliver a good balance of humour, conflict, and darker tones. The actors make the situations believable and do a good job at portraying their varied personas well. The Ari character is a particular highlight often providing the comic relief that often lands well. 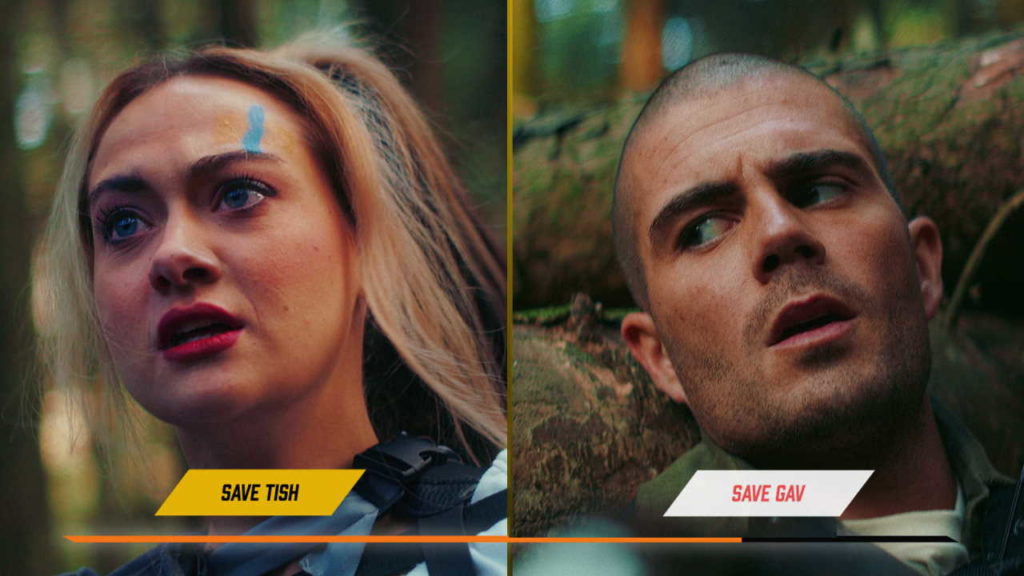 However, the passive nature of FMV titles is alive and well in Bloodshore too. It’s ironic really that you are a contestant in a game show that is watched by millions around the world because for most of the time you also feel like a member of the audience. Simply watching what unfolds based on your latest choice is less fun. And whilst the story is interesting in parts, it’s hard not to long for the next moment you’re asked to make a key decision and feel like you’re actively part of something.

Your choices and actions affect the story, in a narrative that changes depending on which options you go with. Except it never really feels like that. The story is short, maybe 60 to 90 minutes depending on how long you survive. Despite that, it still has key beats that play out every time irrespective of what option you choose. Sometimes getting to those moments makes complete sense, other times it feels a little convenient and contrived, which is a shame. A Supermassive Games branching narrative this is not, and those expecting something on that scale will be disappointed. That said, there certainly are different scenes and decisions to make, and they definitely can change how the story ultimately plays out. But ultimately this isn’t enough to make you want to keep replaying to witness all 250 recorded scenes the game proudly states it offers at the end of each run. 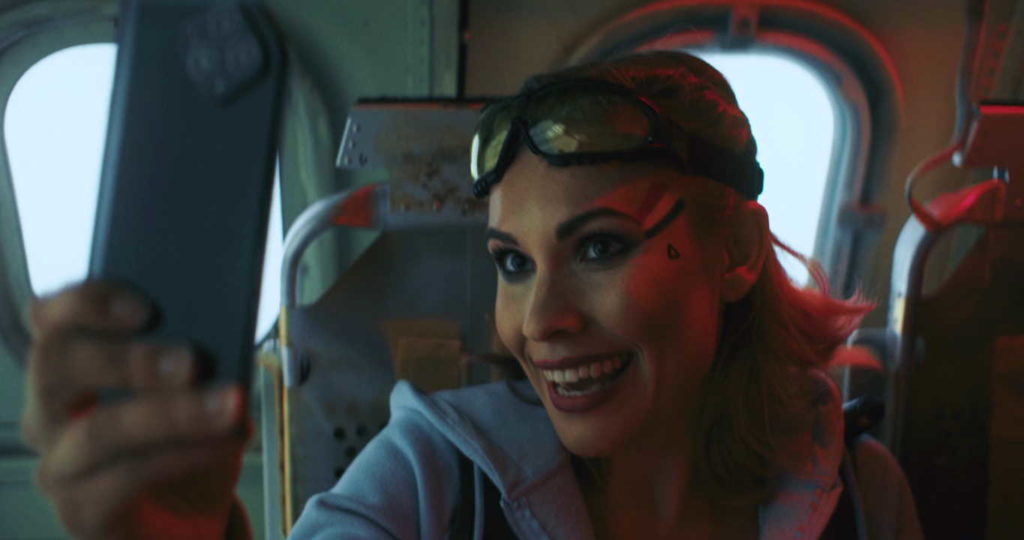 One of the biggest successes of Bloodshore – and equally perhaps the biggest indictment of our society – is how it accurately nails the battle royale situation and the world’s reaction to it. There’s a lot of attention paid to why characters would want to enter a contest to the death for money. And also a lot of focus on how popular such a show would be. It’s a sad reflection of our reality, but an honest mirror that is held up to us as a society. Whilst I’m playing, the premise doesn’t feel ridiculous, it feels scarily closer than ever that KillStream could be a thing. That considered background storytelling is a triumph, even if the central narrative stutters at times.

Ultimately, Bloodshore becomes a title that is short and sweet, despite its dark undertones. The characters and acting pull it through on that first playthrough, and it is an enjoyable experience. This rapidly diminishes though with future playthroughs. The story simply doesn’t change enough with your different choices to justify repeat runs. And that passive nature of FMV titles just compounds this frustration and apathy. So if you’re looking for a one-off look at where our reality TV, Youtuber culture could take us, then Bloodshore could be for you. Just don’t expect to be coming back for much more after those initial credits roll.

Bloodshore is a short and sweet FMV game with good acting and characters, let down by a lack of branching narrative and a sometimes passive gameplay experience.