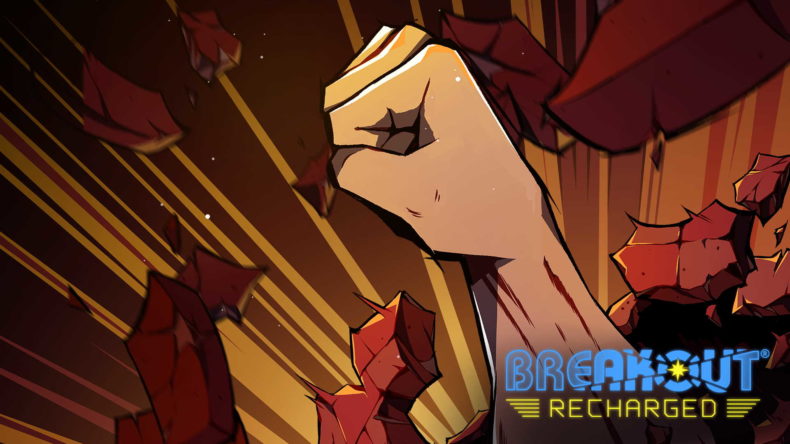 Booting up Breakout: Recharged sent my mind wandering to other modernised versions of beloved classics. The neon, ray trace-styled visuals and bevy of new features recall the excellent Space Invaders Extreme and Pac Man CE, which took ancient arcade properties and dragged them kicking and screaming into a new age.

Breakout is in its original form almost as basic as Pong; you control a bat that can move horizontally across the lower part of the screen with the aim of deflecting a ball at a series of breakable blocks above you. It has of course been remade on a number of occasions, most notably by Taito with their fabulous Arkanoid from 1986. Breakout: Recharged is a similar game to this, yet despite the thirty-year-plus gap, is an inferior reimagining of Atari’s seminal release.

Your mission within core game is exactly the same: destroy all of the blocks with your bat and ball. There is a randomised set of power-ups, in-game achievements and a fairly limited online leaderboard. The achievements are based around challenges such as surviving for a set period of time, or taking out a specified number of blocks. 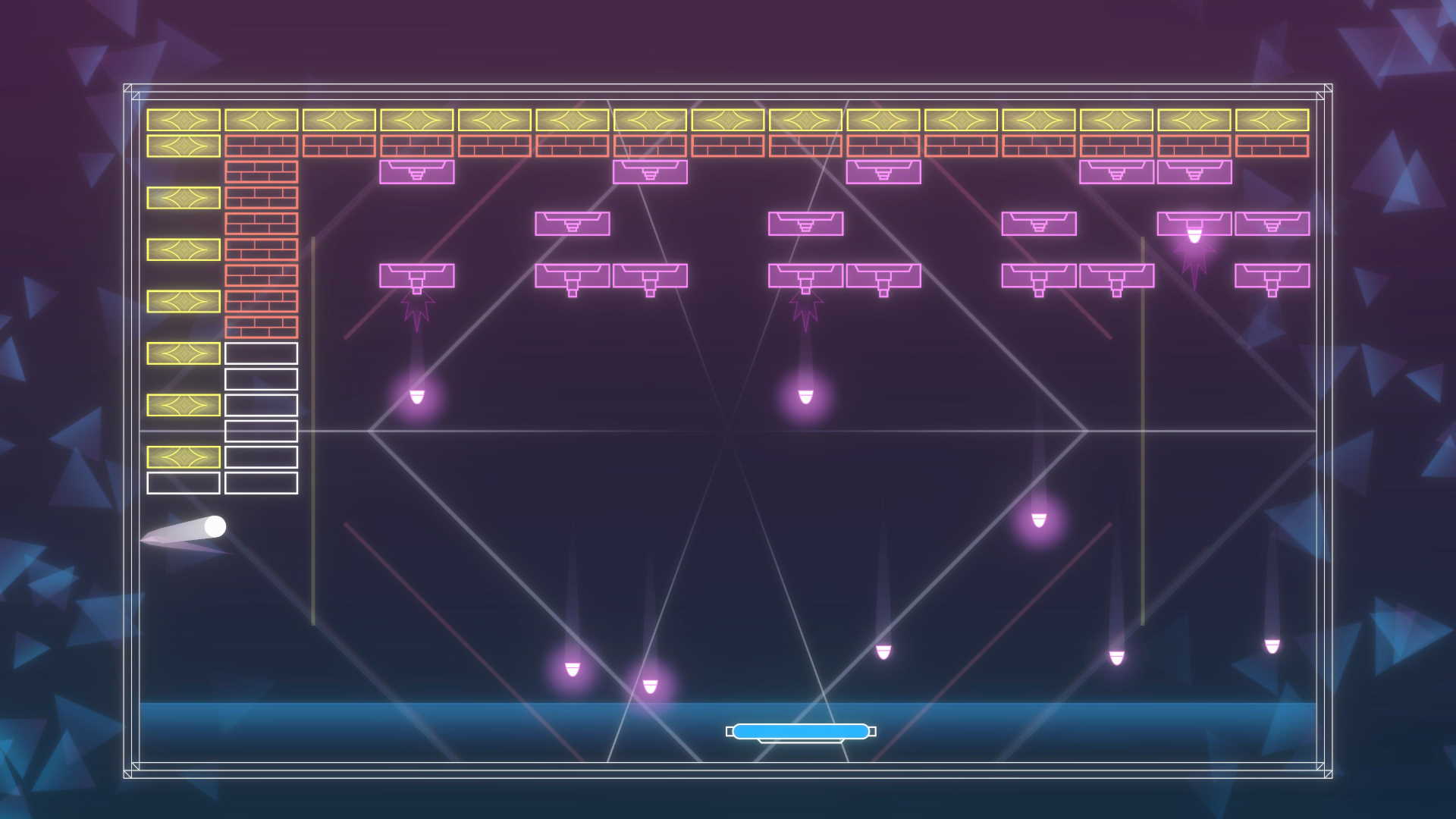 Co-op is an interesting addition

There is a very interesting co-op mode, which splits the playing area in half. Each player can only move within their portion of the screen, with the ball able to cover the entire screen. It works well enough, however there will be times where there is literally nothing for one player to do as the action becomes tied up in their colleagues’ half of the playing field. 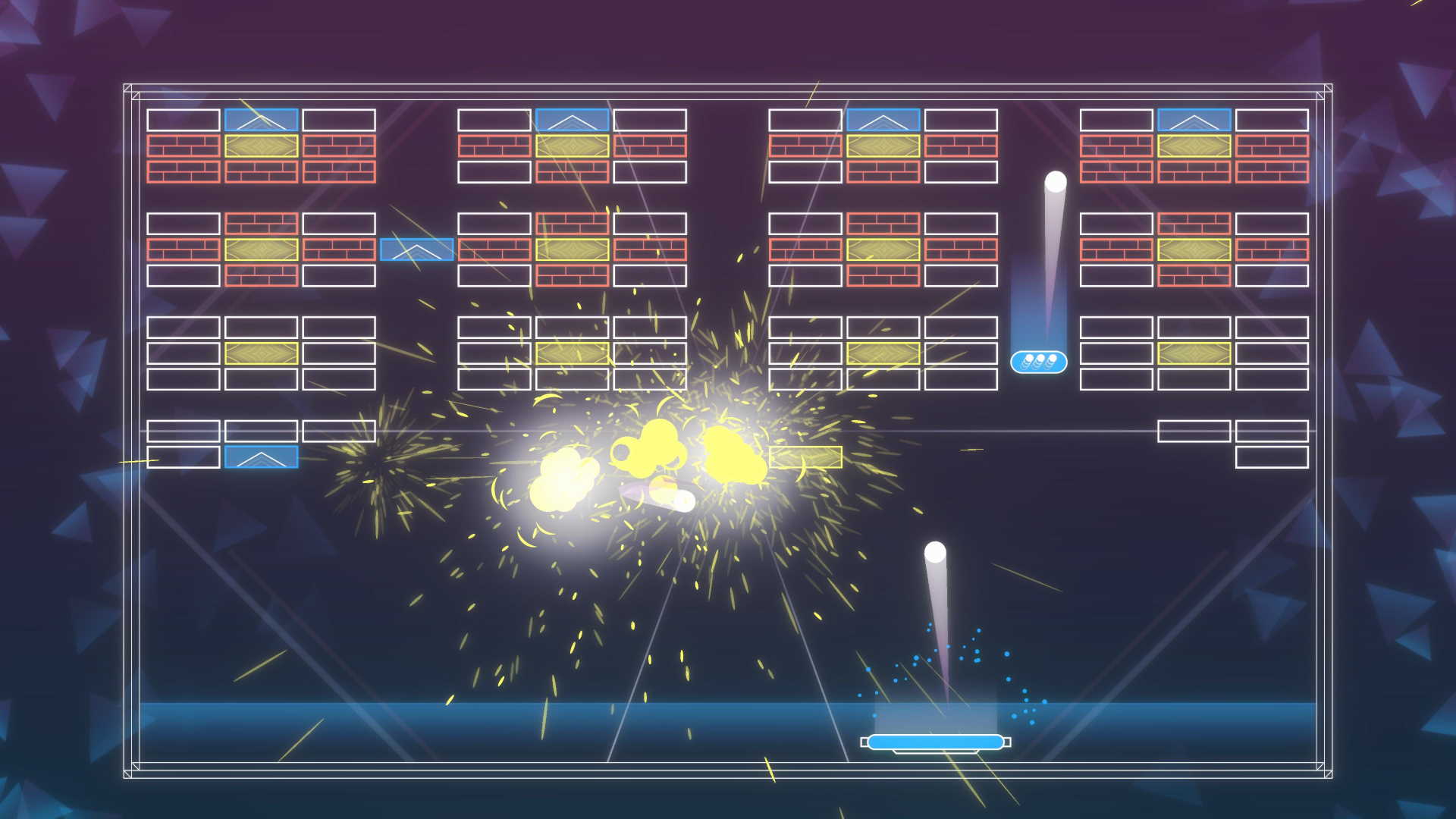 The Recharged side of things features pesky block types that behave in ways designed to test your reflexes and strategic nous. Some when hit spawn even more blocks. There are blighters that explode, or take more than one hit to KO. Some of them will even open fire on you, annoyingly. To counteract them is the aforementioned series of power ups. These are random, and include the ability to elongate your bat, slow down time, offering a handy trajectory guide like Peggle, or even to weaponize your avatar to destroy blocks with gunfire.

I have two main issues which made Recharged a frustrating experience. Firstly, the controls. Anyone of a certain age will likely concur that there is only one way to play a bat and ball style game of this ilk – with a classic paddle or rotary controller. I appreciate that this is much more difficult in practice these days – it isn’t like 1986 when MSX and NES owners had their own dedicated Arkanoid controller available, but the twitchy and overly sensitive Switch sticks make for a poor experience. 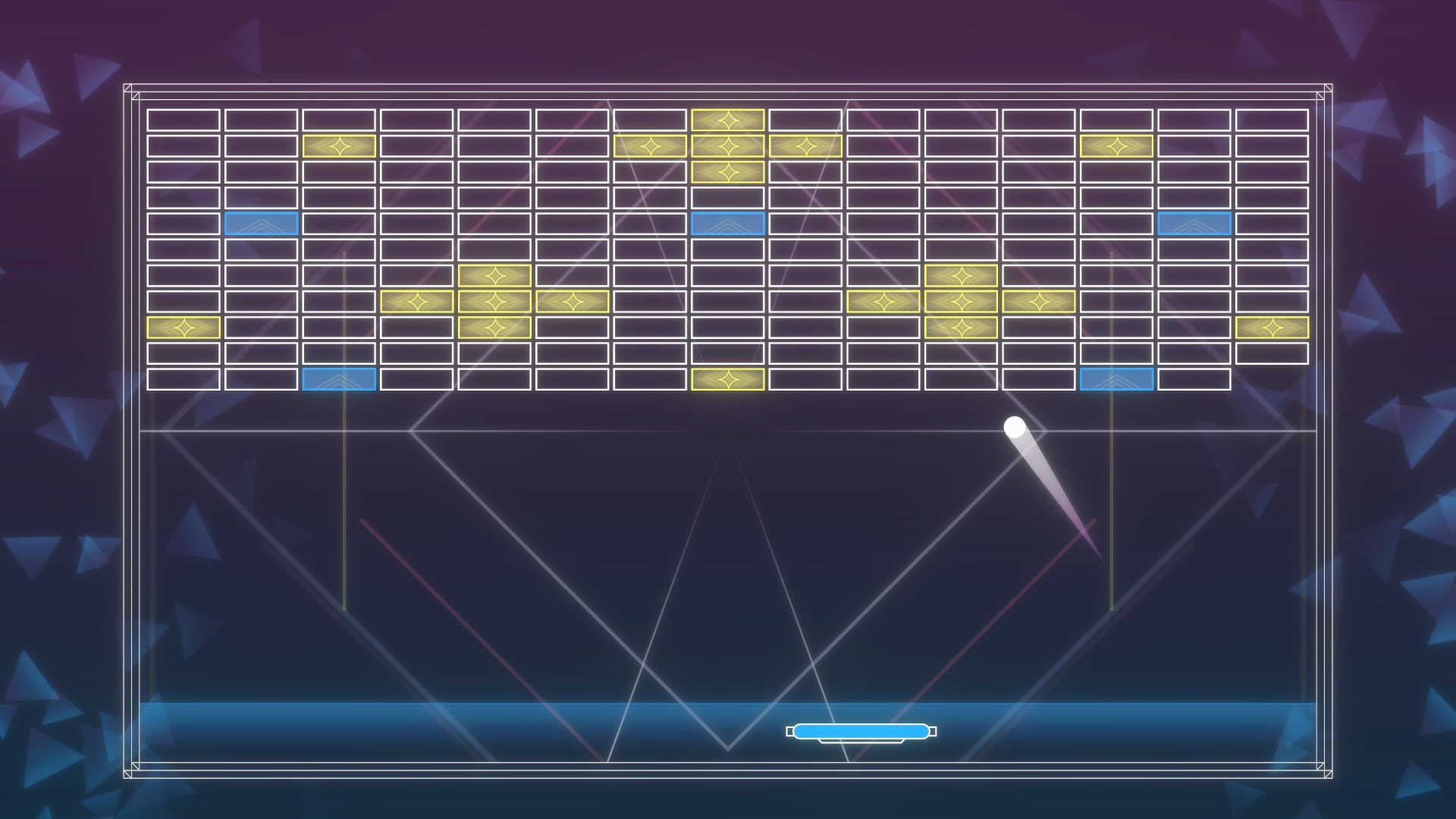 Furthermore, the plethora of power ups, on screen effects and random nature of explosions and shenanigans can make the action extremely difficult to follow at times. It may be great to get the power up that allows you blast away blocks, but it comes with the added problem that you lose sight or forget about the ball.

It is nice to see a beloved legacy company like Atari release these Recharged titles – this is the fourth after similar takes on things like Centipede and Black Widow – and there will always be a market for retro titles. The problem is, paying the thick end of a tenner for something that doesn’t re-invent the wheel, and can be experienced better elsewhere, just represents poor value.

The problem with Breakout: Recharged is being asked to pay the thick end of a tenner for something that doesn’t re-invent the wheel, and can be experienced better elsewhere. Sadly it just represents poor value.