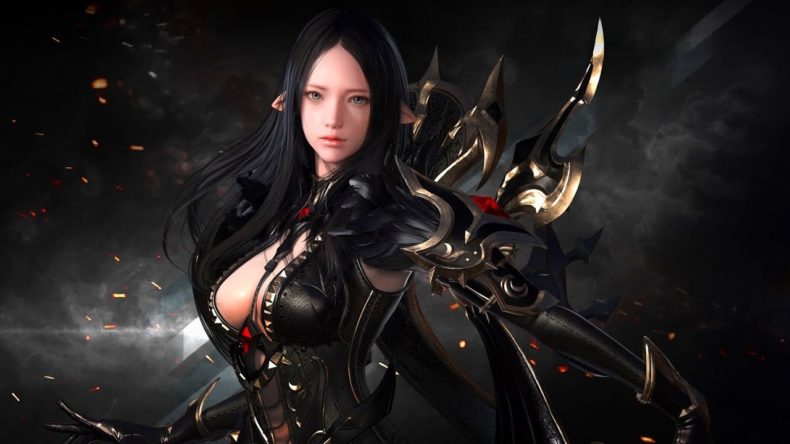 In general, I’m a fan of currency. Money is good. Being able to pay for stuff is good. And while the real world slowly trundles towards a bizarre future of Bitcoins and Dogecoins and NFTs, I’m happy that the only currency I have to worry about is the pound. So I do pity the poor adventurers of Arkesia, the setting of Smilegate Entertainment’s MMOARPG Lost Ark, who have to juggle around more currency than the global stock exchange without even a calculator to hand.

And then there are tokens, so many tokens, all of which can be exchanged either for goods or other currencies, which in turn can be exchanged for other tokens and then you reach the endgame and there’s a shit load more. Every type of activity has its own currency when it would be super easy to just create some kind of universal tender like the Euro and adjust prices for each nation’s tax and cost of living. 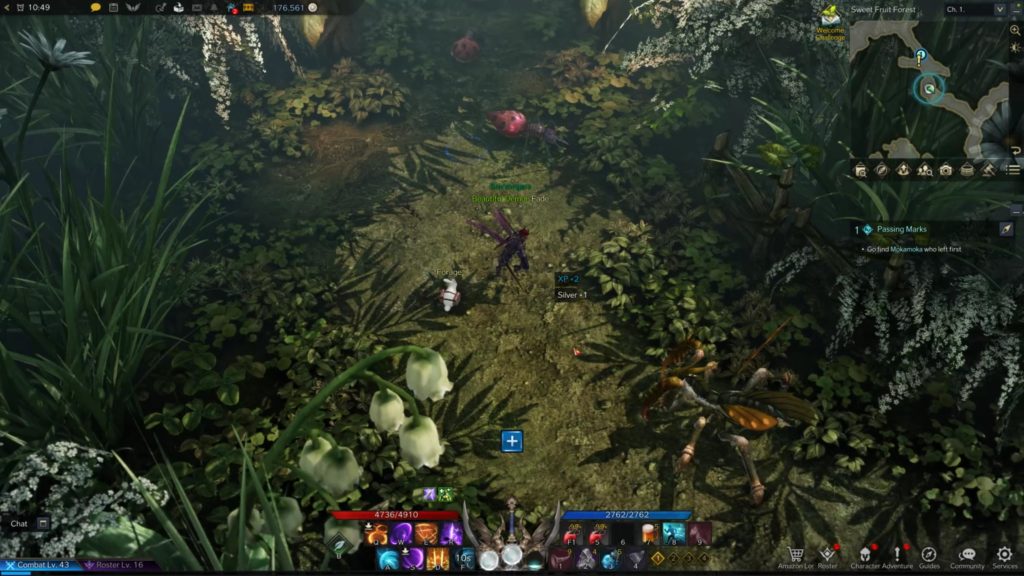 Lost Ark: Get your grind on

The reason I’m banging on about currency is because this particular problem is indicative of Lost Ark’s primary issue: it’s as dense as a block of lead and roughly as good at explaining itself. At almost 60 hours in I have a storage box full of stuff I don’t understand and will probably never use.

Without much prelude, Lost Ark drops you into its character creator and then class selection. Then it spits you into a prologue and slaps your level up to 10 with much the same grace and patience as a mother-bird kicking its mewling spawn from the nest. Fly, it seems to say, or don’t. Just stop squawking at me.

Thankfully, the actual gameplay is easy enough. Once you’ve chosen a class from the 15 available, you’re dropped into a pretty straightforward mission that tutorialises the basics. You begin with skills already unlocked and mapped to your keyboard (QWERASDF), and the combat is immediately cathartic. 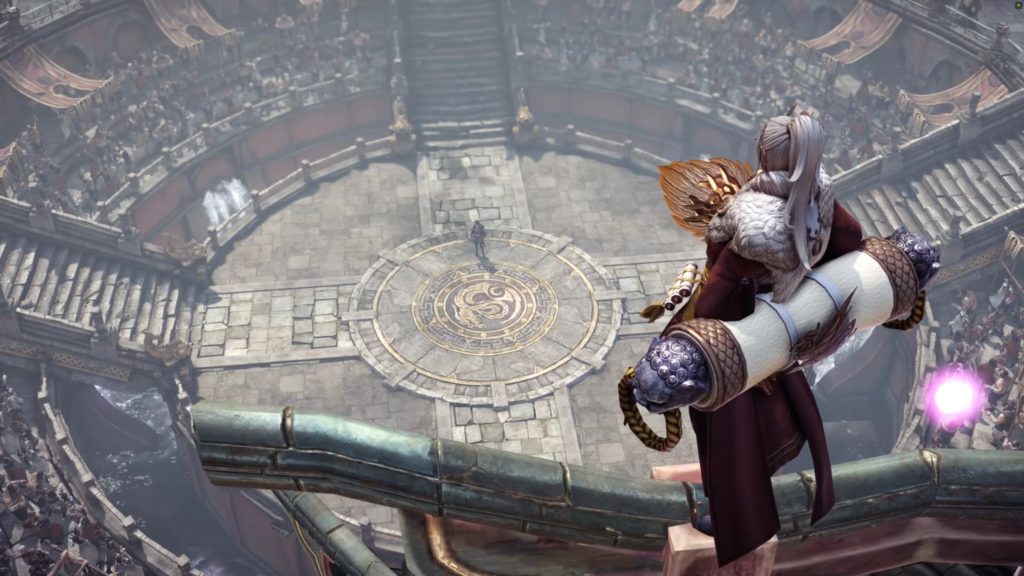 The classes are wonderfully diverse, each with unique weapons and armour, and differing playstyles. Regardless of your initial choice, combat is frenetic and impactful, and often pits you against vast numbers of enemies. The power fantasy is strong here, similar in look and execution to Black Desert Online.

As you gain levels, you’ll earn points to distribute across your skills, with modifiers unlocking as each skill reaches a certain level. It’s a similar system to Diablo III, but with fewer useless skills. I played primarily as a Deathblade Assassin, and every skill had its uses. They become especially devastating when you max them out, although you will only be able to fully upgrade a few.

Being a free-to-play MMOARPG, Lost Ark wants you to grind. It’s an unavoidable truth. If, like me, grinding is your jam on toast with tea, then you’ll be hooked. Missions follow very simple paths, usually either kill quests or fetch quests, and they can be somewhat dull. Most quests are over in one or two very quick steps, and they will intuitively lead you around each compact zone map from Triport to Triport. These devices allow you to teleport between zones for a small fee, and make the questing fast if not overly thrilling. 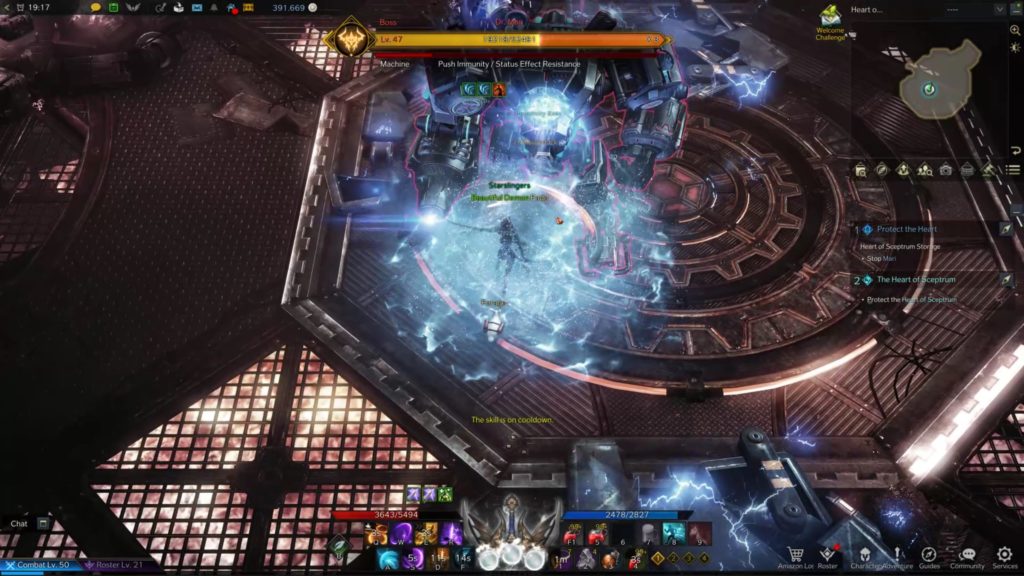 What Lost Ark does well, though, is present each new continent as a self-contained story arc. Your overall quest is to find the 7 pieces of the titular Lost Ark, an ancient power source used to banish darkness from the world. Initially this sees you joining up with a priest named Father Armen and tangling with a demonic creature called Kharmine. Like you, they are Delains, descended from an ancient race of beings with repressed demonic power.

If it sounds confusing, that’s because it kind of is, but this is just the overarching plot. And 60 hours in, I had still only found 3 of the eponymous Arks. I’m sure I read that the seventh hasn’t even been added to the game yet. The first Act, if you will, sees you teaming up with Prince Thirain, a noble hero trying to wrest control of his kingdom back from a usurper. As a standalone story, it’s actually very good. The characters are likeable, the writing cheesy in that JRPG way but also littered with flecks of genuine pathos.

But then each new nation you visit once you’ve unlocked your own ship has its own self-contained issues to deal with. Arthetine, for example, is a continent that resembles Midgar from Final Fantasy. It’s all steampunk art, robots, machinery and sci-fi leanings that feel at odds with what has come before but in a really good way. It feels like a nice change of pace. An earlier continent sees you taking a shrinking potion and fighting monstrous insects in a giant forest. It’s creative and diverse, and keeps things interesting even when you’re doing busywork. 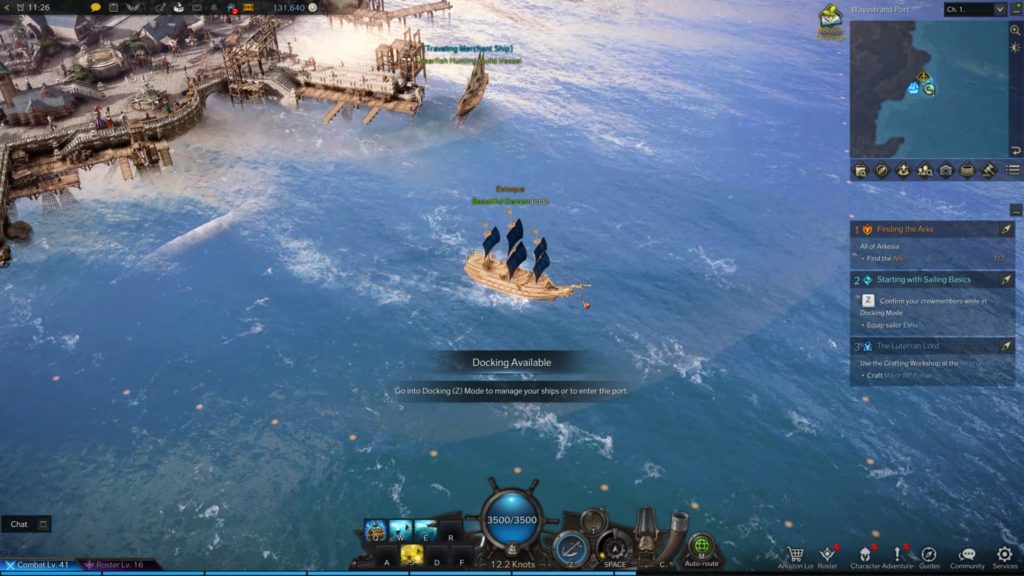 Don’t you know who I am?

And boy, is there busywork. NPCs will send you all over towns, even to deliver messages to characters literally in shouting distance to themselves. You’ll collect one of this and kill three of that in a seemingly endless cycle of menial tasks that feel utterly below your station as the Champion of Luterra. But this is intentional. It’s designed to be hammered through to reach the good stuff, the meat of each continent’s story, and the endgame.

Which doesn’t excuse it, of course. There were times when I eye-rolled emphatically and almost quit for a while because all I seemed to be doing was a laundry list of fetch quests. But then the game would throw up a cool boss fight, an interesting dungeon, or a new skill that felt great to add to my repertoire and I’d be right back in.

Playing pre-release with an under-populated server didn’t help of course. I ran into a few other players here and there, notably when two of us were stuck by the same bug which eventually sorted itself out. But on the whole I played much of it solo, which is not how it’s truly intended to be played. When you’re powering through to 50 and trying to reach Vern, the continent where you finally unlock the endgame, soloing is fine. But once you’re at that point, you’ll want to team up for the good stuff. 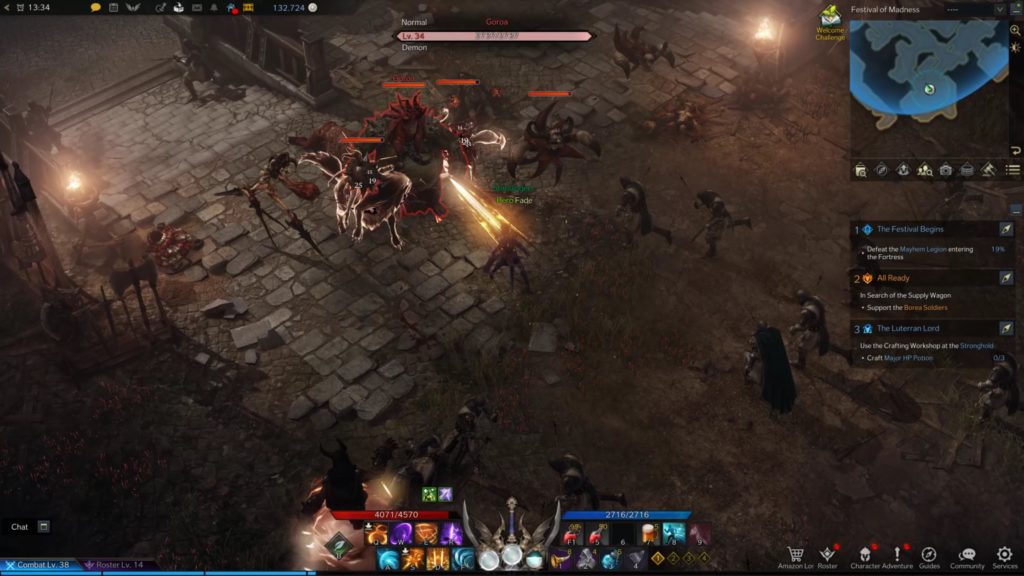 Chaos Dungeons will be your first taste of this. Procedurally generated horde-mode-style fights with hundreds of demons that yield weapon sets and unique items. Then there Abyssal Dungeons, Guardian Raids, a boss rush mode. I haven’t played enough of the endgame to comment on it with any authority, but it quickened my interest when I was already 55 hours in. And I still have around 5 continents yet to visit, because Smilegate just added three more for the Western release.

There’s so much more to talk about here, too. For example, you have a Stronghold, which you can use as a base. You can customise it, researching and crafting features and structures, or you can send your own sailing crew out to find rare items. You can scour the world for sought-after collectibles like masterpieces and Mokoko Seeds, of which there are literally thousands to find. Each continent has hidden stories, secret bosses, rare items to discover.

Your Adventurer’s Tome keeps track of the percentage of things you’ve found in each area and rewards you for certain milestones with unique gifts like mounts, skins, currency items and stat increases. You can level trade skills, for foraging, hunting (with a machete, weirdly), fishing, and mining. Or you can be a treasure hunter, following maps and markers to find lost relics.

Perhaps you could argue that this kind of depth and density is par for the course in an MMOARPG, but the way Lost Ark pulls it all together is pretty extraordinary. PvP is optional, but there’s an entire arena mechanic set up for you to do that and nothing else if you want to. It’s a game designed to be played for hundreds and hundreds of hours, and despite the uninspired nature of the grinding quests, it regularly throws enough new stuff at you to keep you invested.

It’s quite hard to fault what it is. Even taken separately as an MMO or an ARPG, it does the majority of things very well. And if you’re coming into an MMO to complain about grind and repetition, I don’t know what to tell you. Compared to things like TESO and SkyForge, it feels incredibly vibrant and, above all, busy. You can’t spend five minutes in a new town or area without finding a ton of new quests or a hidden secret.

Lost Ark is a lot of fun, ultimately. Even played alone, it’s entertaining; but with other people it comes alive. Learning the correct rotation for your skill cooldowns takes time, while things like Stone Faceting and Weapon-Honing seem confusing at first but soon make sense. But like any game of its type, you need to approach it for what it is, not what you expect it to be. If you do that, there’s a massive, sprawling world of adventure to be found. But seriously, bring a wallet the size of a small cottage for all the damn currencies.

Lost Ark is fantastic, but like all MMOARPGs, it demands a massive time investment and a ton of extra reading to get the most from it.