previous
FIFA 22 FUT | 10 Fastest players
random
next
Elden Ring gameplay hands on | The one to rule them all?
0 comments 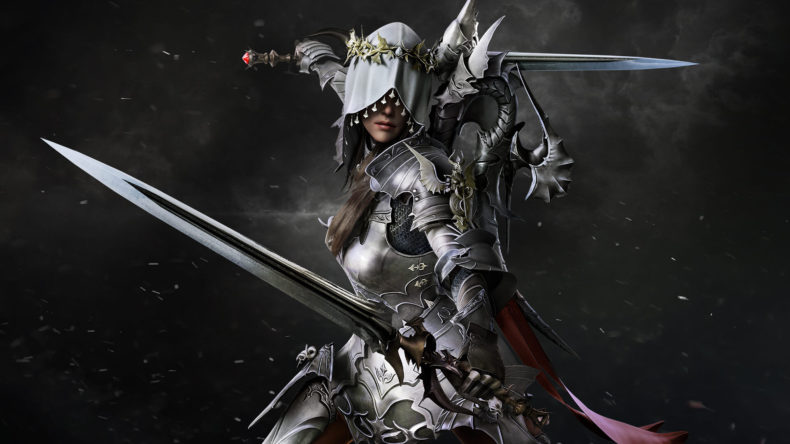 For now, we’ve had to content ourselves with the Closed Beta, which has affected me in much the same way as a single bite of a McMuffin every five months would affect me. Because Lost Ark is good. It’s really good. It smashes together the combat and MMO features of Black Desert Online or New World with the looting and dungeoneering of Diablo, and the result is my Grail. 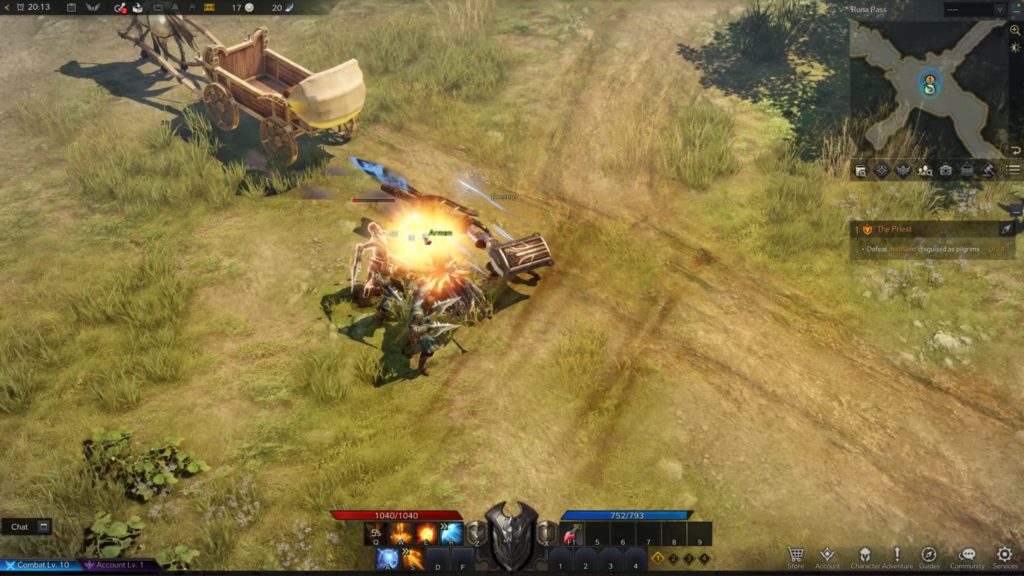 There’s some fairly standard guff in the story, of course. Long ago, some Demons were vanquished by some heroes with the power of the Arks (which aren’t fully explained in the early game), and now they’re coming back and it’s up to you (and a few hundred thousand others) to save the world by consistently improving the properties of your wardrobe and performing fetch quests.

I’m being flippant, yes, but the truth is that Lost Ark does a very good job of combining the various elements of the two genres. The story is largely inconsequential, since like any MMO, the good stuff will come after the story is done and dusted.

During the Beta we had access to 5 classes: Warrior, Mage, Gunner, Martial Artist and Assassin. Three were gender-locked, but the Gunner and Martial Artist could be male or female. How this will pan out in the full release, I don’t know, but the appearance, character creator and skills on offer reminded me heavily of Black Desert Online. 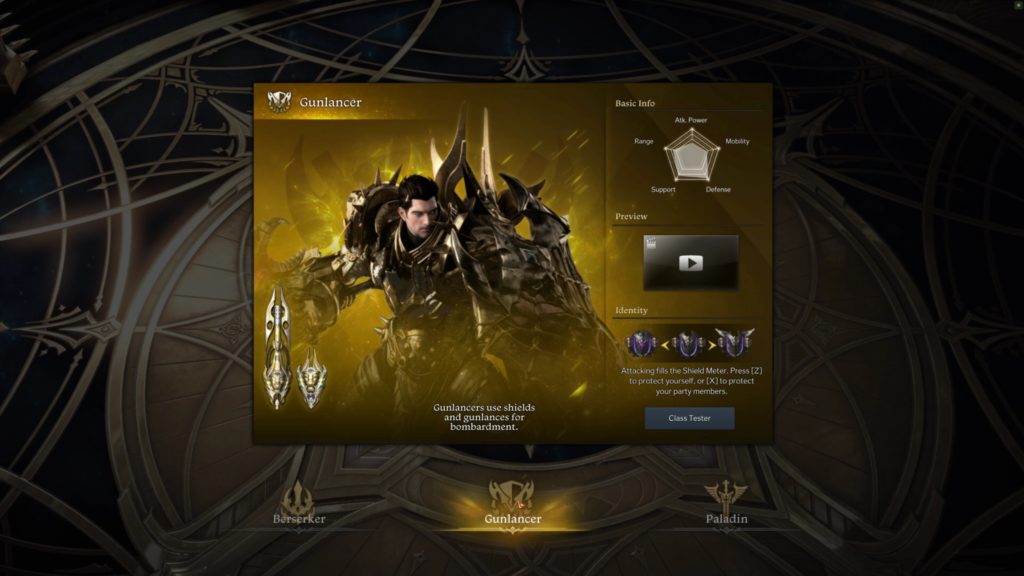 Just as in Pearl Abyss’ hugely successful MMO, combat is flashy, brutal and satisfying. Skills are mapped to the QWERTY keys, as well as A, S, Z, X and C. It’s a lot of buttons, but you can activate your primary attack using the right mouse button. The left tells your character where to go.

The creator is pretty decent, too. There are plenty of hair styles and faces, all of which are specific to the class you’ve chosen, allowing for some diversity in the field. But it’s in the skills and play styles that the variety becomes truly important. Lost Ark’s classes are all equally formidable, and at Level 10, specialisations enhance them further still.

For example, the Warrior can be a standard brute with a huge greatsword – or he can equip a Gunlance that acts almost exactly is the one in Monster Hunter. He uses it to hack at enemies, before blasting them to smithereens. The Gunner wields three different guns, which you can swap out at any time. You get twin pistols, a shotgun and a long rifle, and all come with their own skills attached. 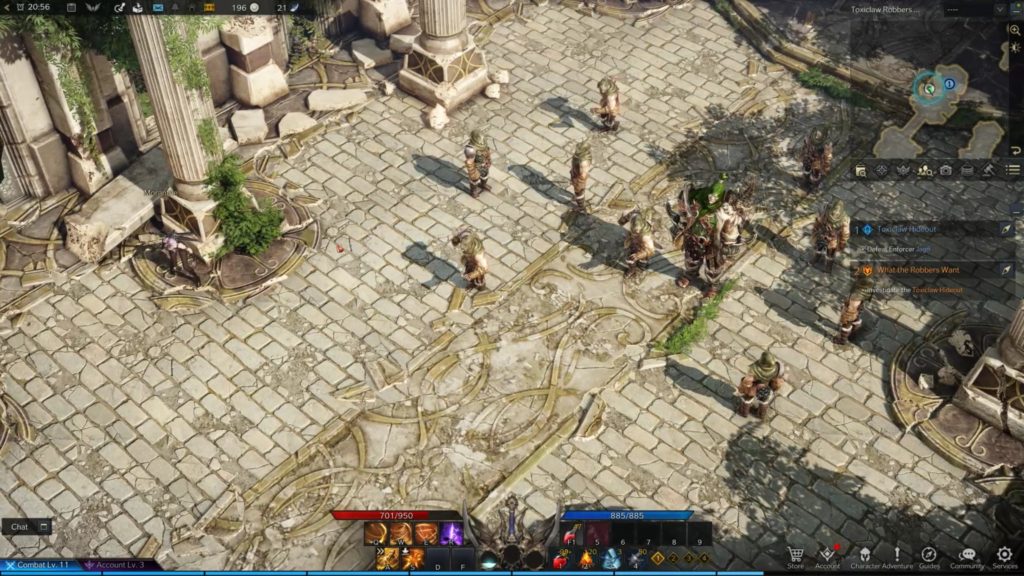 The combat is exceptionally fun, though it’s hard to say how long it will take to becomes rote. I dabbled with the Warrior, the Gunner and the Assassin during the Beta, and I had an absolute blast with all of them. Exploring the world is made easier by the use of Triports, which teleport you in and out of the main hub city. You can also get hold of a mount to speed up your running around.

Because you will do a lot of running around. If there’s a complaint to be made it’s that the majority of quests, at least in the Beta, seem like “kill ten things” or “gather ten things”. There’s not a huge amount of imagination in the objectives, which is a shame considering that cool things can happen in-engine that you maybe wouldn’t expect in an isometric looter. A wagon chase and crash, for example, of the camera panning out so your hero can go into stealth mode and eavesdrop on a clandestine meeting of ne’er-do-wells. 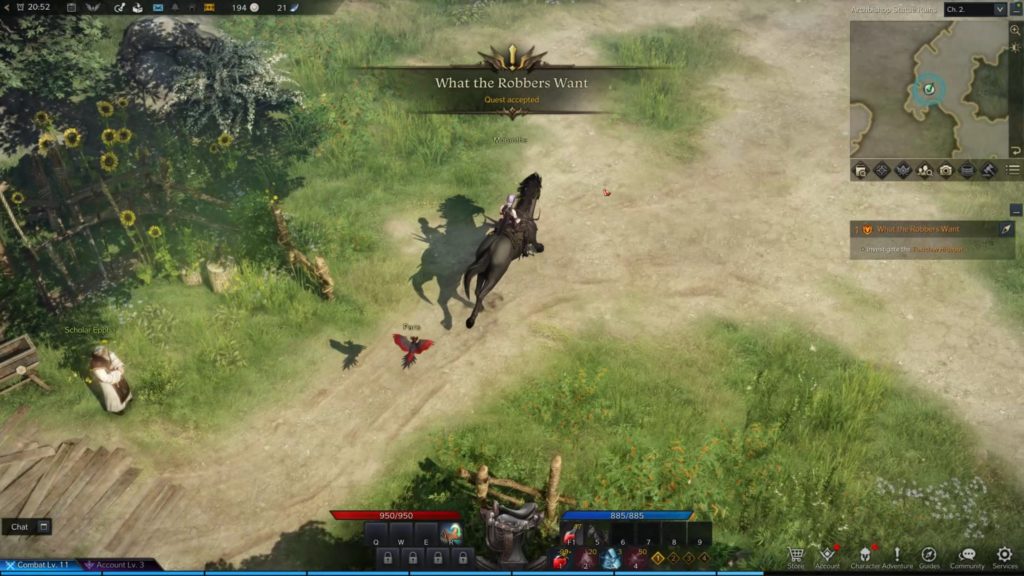 Pets and cosmetics can be found in-game or purchased quicker through the store, and as with many MMOs these days, there are just too many different currencies. But the main game will have a smorgasbord of content, from raids and dungeons to your own individual island and an Adventurer’s journal full of challenges and secrets and checklists to complete. Of course, it will live and die by its endgame, as is the fate of MMOs in general.

But the Beta has whet my appetite in a big way. To the point where I’m actually sad it’s going away for almost five months. It clearly needs some time for balancing and tweaking, though, so it’s not all bad. It’s a little glitchy and it has some strange rules concerning squadding up (you can group with friends for exploration, for example, but not for story content) which may be to accentuate the looter side of things.

One thing is certain though: when it finally gets here, Lost Ark will be worth the wait.

Senior Content Editor Mick has been playing games for over 30 years and writing about them for around 12. After drifting from site to site for a while, settling briefly at the now-defunct Made2Game and freelancing for the gone-but-not-forgotten NintendoGamer Magazine, he came at last to rest at Godisageek. Mick has been a reviewer, staff writer and content editor here for some time, while also moonlighting a little for Red Bull Games. He has 4 kids, has written 2 novels, and sometimes even manages to pay a bill or two. You'll usually find him defending the galaxy in Destiny 2, battling evil in Diablo 3, or lurking in the background on Twitter. Find him there @Jedi_Beats_Tank, or on XBL (JediWaster247), PSN (Jedi_Waster) or Nintendo (JediWaster).
MORE LIKE THIS
Amazonlost ark