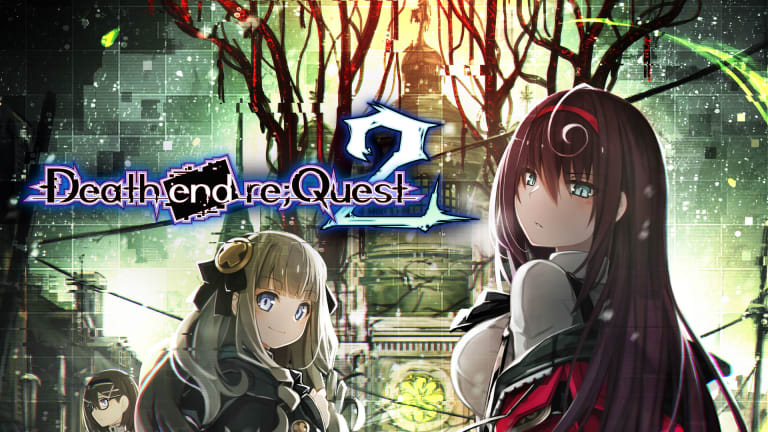 You’d think the Switch would be the perfect console to play a chonky JRPG. The portability means you can get those precious hours in anywhere you go, and the fact you don’t need a TV means you can grind away with Jersey Shore on in the background. So in most circumstances, the humble Switch is exactly where I’d prefer to play my JRPGs. Unfortunately for Death end re;Quest 2, not all Switch ports are created equal.

Mai isn’t your typical JRPG heroine, but in all fairness she hasn’t exactly had the best start in life. Horrendously abused by her father from birth, her story is harrowing and miserable. After a particularly bad beating leads Mai to believe she’s going to die, she turns on her abusive parent and carves him to pieces with a hatchet. JRPG stories don’t get any darker than this, and if that’s not something you’re able to cope with I don’t blame you. 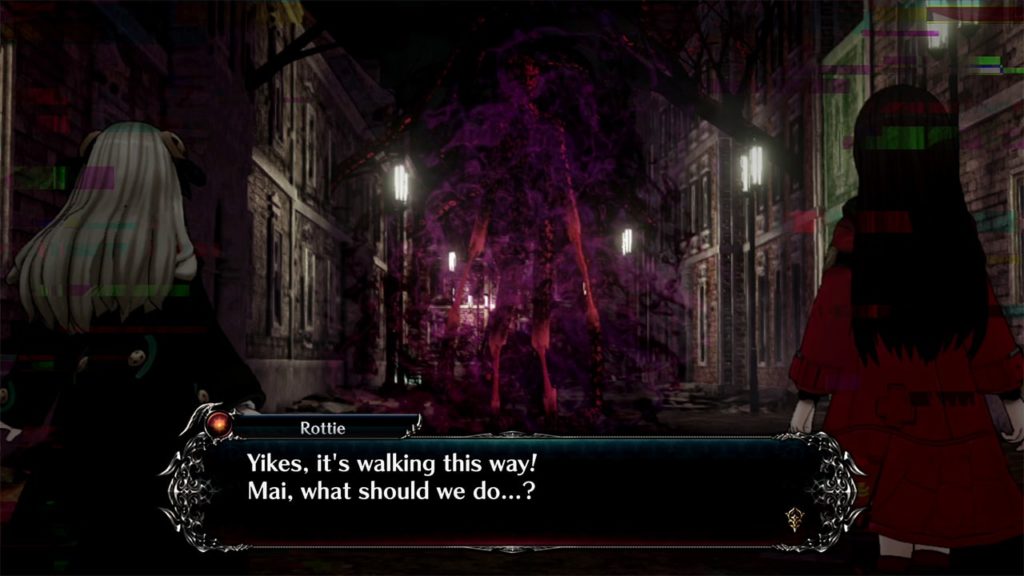 Without any parents, Mai ends up at Wordsworth Academy. This home for abandoned and mistreated teen girls seems too good to be true at first, but it doesn’t take long for the cracks to show. From vicious bullies to girls mysteriously finding new homes in the middle of the night, it’s safe to say there are some problems at Wordsworth.

With the life she’s had, it’s not particularly surprising that Mai struggles to make friends. It doesn’t take long for some of the waifs and strays to warm to our protagonist though, starting with her unimaginably sweet roommate Rotten Dollhart (yes really). With a bit of help from her new bestie, Mai starts to make connections with a lot of the tragic characters that inhabit Wordsworth. It’s actually very sweet to see her open up, and makes the Persona-esque visual novel sections of the game incredibly worthwhile.

It’s not long before Mai discovers where the missing girls of the academy go, after sneaking out at night and witnessing the horrific monsters roaming the streets of the sleepy European town of Le Choara. Mai and her friends decide to take matters into their own hands with these awful creatures, and thus the combat emerges. 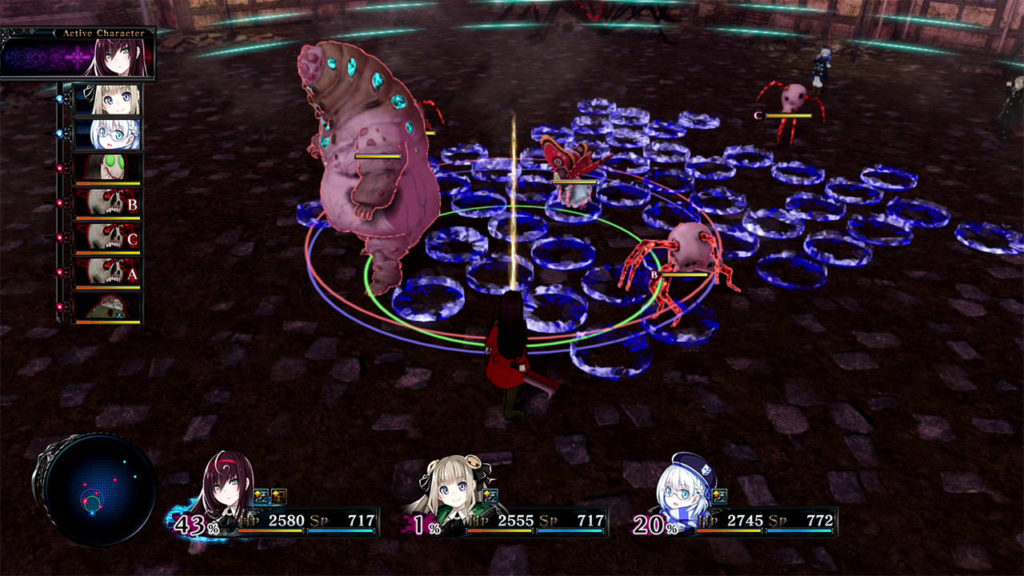 The turn based combat takes place in a round arena, and each turn you can move and choose which attack your character uses. Most attacks also deal knockback damage, and propelling one enemy into another (or the side of the arena) deals damage to both. This turns every encounter into a sort of mad game of monster pinball, which is incredibly satisfying.

While you wander the arenas your party will gather nodes from the ground. These give you stat boosts for the battle, but also build up your glitch meter. Once you hit 80% glitch, you can transform into a super powered (and obviously less clothed) form. The nodes and enemy bouncing make the combat much more interesting than the standard JRPG fare, and it never really got tiresome for me.

The main issue I had with the game the first time around on PS4 was the difficulty curve. This hasn’t changed, and the bosses especially really bring with them some intense difficulty spikes. Alongside some pretty dull puzzles in the overworld, this does prevent the game from really shining. 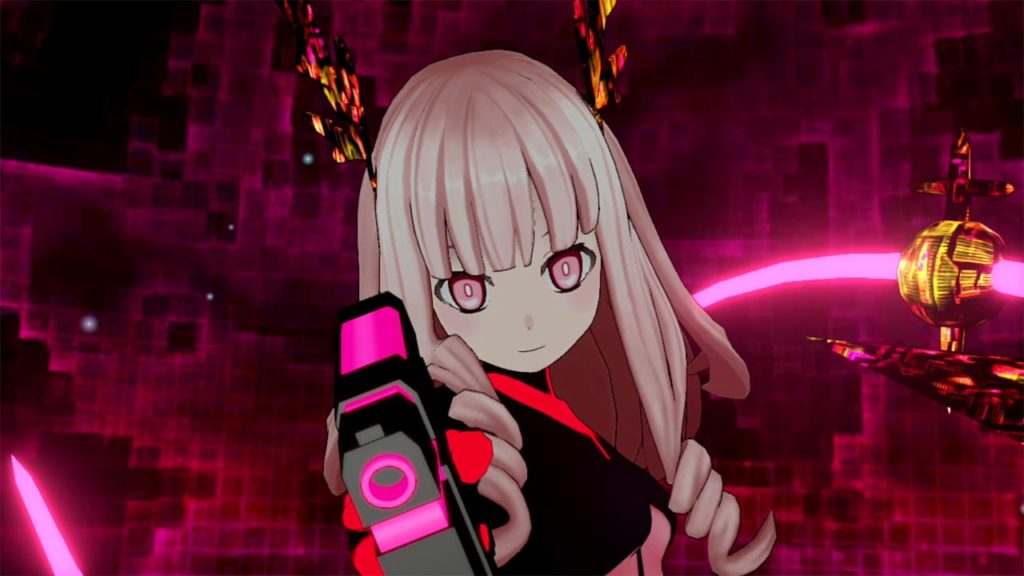 The technical issues on Switch are pretty significant with this Death end re;Quest 2 port. The visual novel sections are completely fine, but one you start wandering around the 3D environments and getting into battles you’ll notice the problems. The framerate is choppy at best, never hitting anywhere close to a stable 30fps. Alongside this the graphical downgrade is significant, with murky textures and jagged edges galore. It simply isn’t worth the bundled in items and costumes to play this port.

If portability means everything to you then this version of Death end re;Quest 2 might appeal, but for everyone else you’d be better off playing elsewhere. Mai’s dark and harrowing adventure is a really enjoyable and unique JRPG, but with framerate issues and subpar visuals this just isn’t the way to experience it.

Death end re;Quest 2 is a dark and horrific JRPG is definitely worth playing, but the Switch port probably isn't the way to do it.