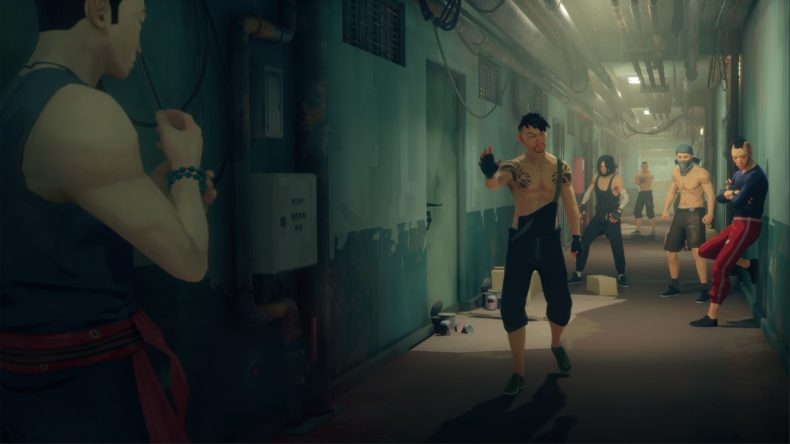 There are very few games released these days that aim to do just one thing well. In these days of the vast open world sandbox where everything has looting and shooting and RPG elements, there’s little pure action to go around. Sifu, from indie studio sloclap, aims to slide into that niche, and largely succeeds.

Sifu isn’t a game about finding the best loot, about levelling up and exploring a massive wilderness. It’s a game about punching people in the face, throat, and balls over and over again, and we’re absolutely here for it. Of course, such a tight focus can have its drawbacks.

For example, Sifu scatters collectibles about its stages, some of which inform the story or open up shortcuts, but they don’t often take long to find. And while the combat certainly has plenty of depth, the game that frames it doesn’t. If the combat is a pool, the rest of Sifu is the greasy linoleum that surrounds it that you’re tempted to run across to get to the good stuff. We wouldn’t though: that’s how you lose a tooth. 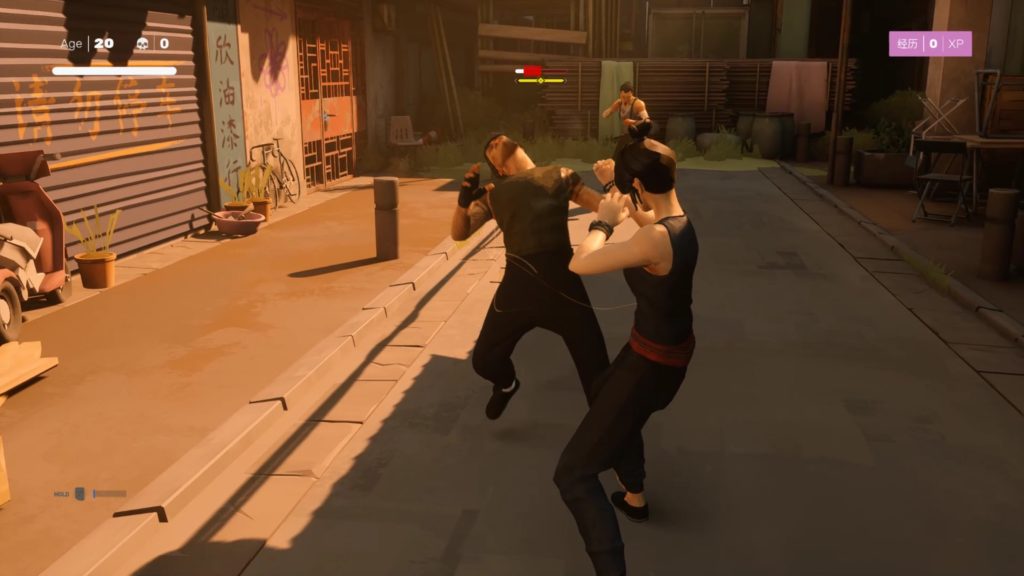 The story is almost refreshing in its simplicity. Your character’s father was a sifu in the Pak Mei discipline of kung fu, betrayed by his former students. After witnessing the betrayal first hand, your character is apparently slain. However, a magical talisman allows you to rise again and keep rising, until your vengeance is sated.

A rather naff drawback is that every time you die, you age by a number of years concurrent with how many times you’ve fallen. It’s possible to go from 20 to 77 and die of old age in a single fight. And this will happen, by the way, quite a bit. Also, when you finish one stage, you’re locked to the age you are when you beat it. So if you limp to victory at 75, good luck surviving with just one “life” in the next stage. This, frankly, needs changing, as it makes the late game an almost impossible task unless you intentionally replay previous stages just to reduce your age. It wouldn’t be so bad, but there’s just not much reason to go back other than this.

Sifu is tough. It borrows a few elements from the Soulslike genre, although it doesn’t have the credentials for full membership of that particular club. Enemies don’t respawn when you die, you just have to restart the stage, but there are shortcuts to be found in each area that make the run back to the boss just a little less punishing. 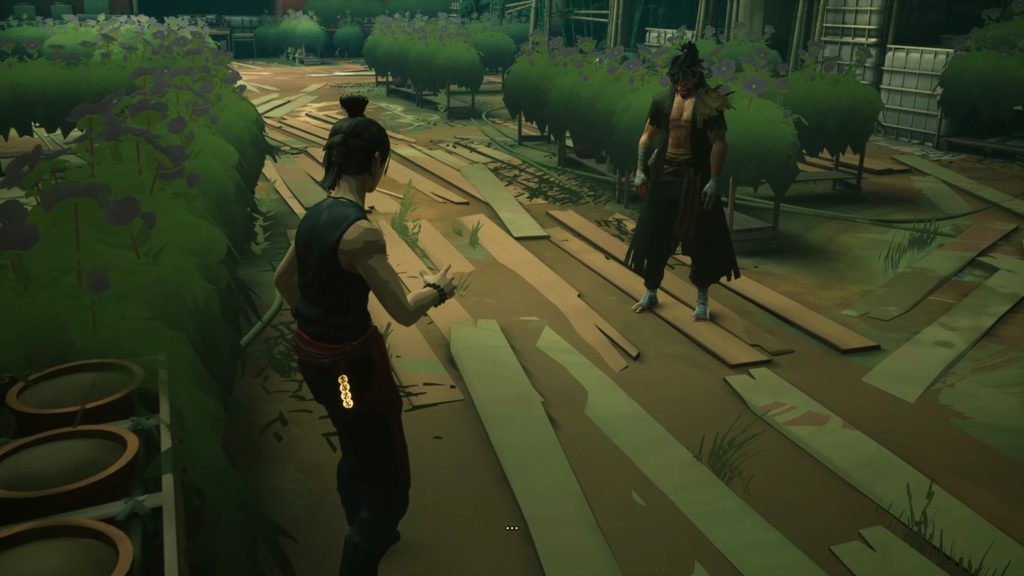 Your task is find and defeat the crew of martial arts nutcases who ruined your life, and each sits atop their own mini empire under the gaze of a powerful matriarch. Stages involve you throat-punching and ball-smashing your way to the final confrontation, at which point you’ll usually have your arse handed to you on a plate a few times.

The boss fights in Sifu are multi-phase contests and genuinely hard until you get the hang of the mechanics. I was stuck on the first guy, The Botanist, for several hours I’m not ashamed to say. But this isn’t simply a case of “gitting gud”. Up until that first boss, enemies are fairly easily despatched. A wonderful set piece in a corridor full of goons evokes a handful of classic cinematic fights and leaves you feeling like a badass. You’re still picking bits of eyeball out of your laces by the time you reach the boss – and this itself is the issue.

He comes at you like Yoda at the end of Attack of the Clones and pressing the attack is the natural thing to do because that’s what you’ve been doing for the whole game so far. But this is how Sifu both punishes and teaches: now it doesn’t want you to smash through the problem. Up until now you’ve been swatting goons away like flies; now you’re facing an equal and you need to treat the fight this way. 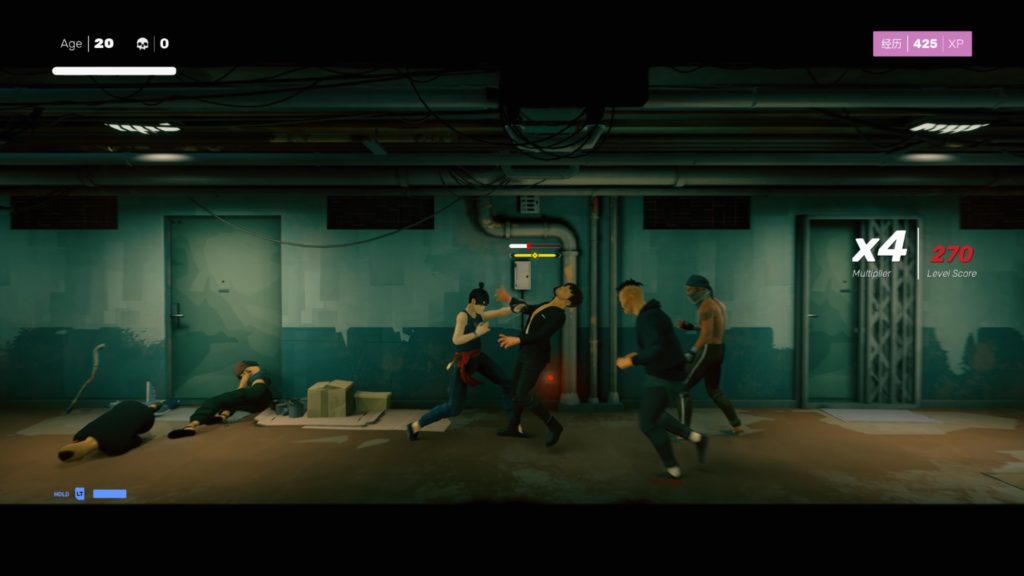 Combat in Sifu most resembles Sekiro, of all the aforementioned Soulslikes. It’s a game about dodging, countering, keeping your distance and waiting for moments of opportunity. Attempting to button mash is pointless, as enemies will simply break your combos, and holding guard and backing off all the time will invite them slap your face off with a big flaming guard-break and go to town on your kidneys for a bit. And for a badass, you’re surprisingly squishy. You can only weather a few full-on baseball bats to the chin, like some kind of wuss.

Defeating enemies will yield XP with which you can unlock skills such as new combos, ground counters, and Focus moves. Holding LT when you have a full Focus block allows you to perform a single unblockable move on one enemy, even bosses, that can make a massive difference. Hitting Y and B at the same time (on an Xbox controller), performs a brutal takedown on a weakened enemy – but there are those who are directly strengthened by a failed attempt.

At jade Shrines you can increase your health regen, reset your death count so you age slower, or improve your Structure. This stat is crucial, as each time you block, dodge or tank a hit, you’ll lose some. Eventually, stumbling down some stairs after a dodge will be enough to kill you – although this may be a balancing issue. I’m not sure why you can jump over balconies and land fine, but sometimes landing on your arse cheeks is an insta-kill. 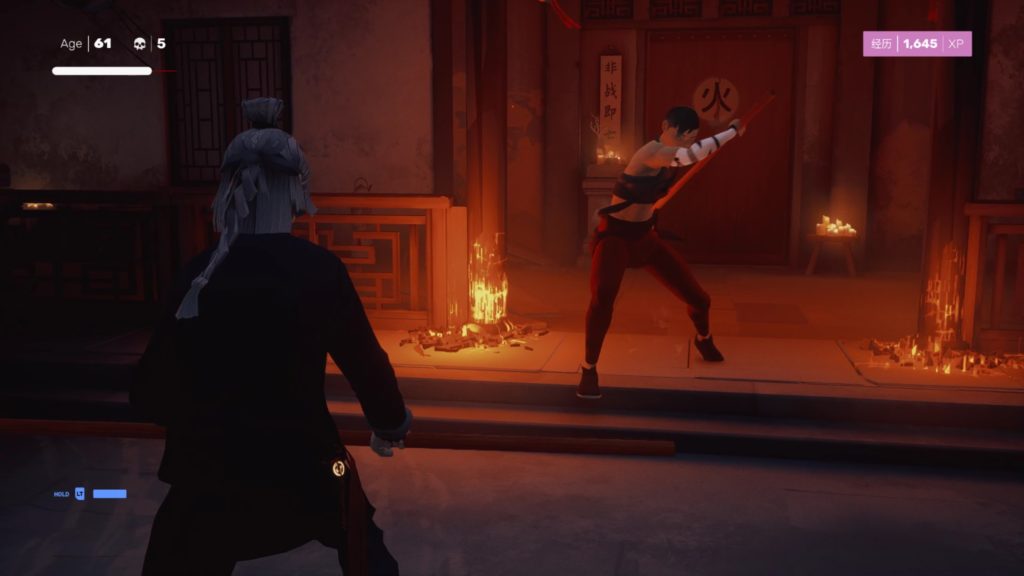 One at a time, lads

It’s especially egregious during fights where you’re outnumbered. You can only block one attack at a time, and enemies have a tendency to come at you all at once. I’m not expecting them to line up and wait for their turn to suck on your plimsole, but the game doesn’t make any provision for blocking multiple incoming attacks as in something like, say, Batman: Arkham Knight. Instead, they all just wail on you and you end up trying to dodge out of the middle of a pile of meatheads like a skinny kid trying to escape a rugby scrum.

Even with shortcuts unlocked, returning to bosses after you die can be an arduous trek through enemy encounters that sap your resolve. It’s perhaps by design, but that doesn’t make it any less infuriating. Especially when the boss fights are so stacked against you. If I’m slow to respond to an attack, that’s on me. If I dodge the attack and the boss literally changes direction mid move to track me like a guided missile, that’s not on. There are moments where the hit-boxes go to shit, and even if you dodge, the boss will simply over-extend somehow and get you anyway.

This has the side effect of making victories seem somehow less exhilarating. I’d spent so long fighting The Botanist that when it finally clicked and I realised how to beat him, I was still frustrated by his ability to tank my combos, or change direction to catch me in a dodge. When I beat him I didn’t air punch and whoop, I just grumbled at the screen and pushed on, not excited at what the next challenge would be, but secure in the knowledge that he’d be a cheap bitch, too.

So Sifu is a game that demands you “git gud”. If you’re not playing on your A-game, you might push through the low-level meat puppets but the boss will wipe the floor with you. This isn’t necessarily a bad thing, but long runs back to try again can wear you down. While any one-on-one fight in Sifu feels slick and responsive, it can become a frustrating mess of limbs when you’re up against a group who all advance as one and start punching and kicking.

The supernatural elements of the story add some gravitas, and it does have that strong sense of achievement here and there, but it often feels too punishing and not rewarding enough. Permanently unlocking Skills takes time, and there aren’t even cosmetics or special weapons or, I don’t know, decorations for your dojo to find. It’s just one long fight after another with little reason to explore, retread previous areas, or get excited when you beat one. Sometimes it doesn’t hurt to toss the player a treat while you’re slapping their nose. Sifu is worth recommending, but be prepared to put the work in.

Sifu is a difficult game, and not always by design. But when the combat clicks, there are few games that make you feel so badass.

Sifu | How to permanently unlock Skills