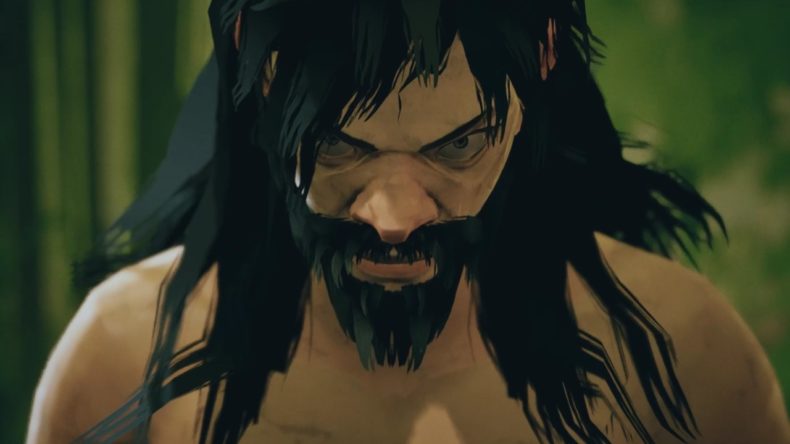 Sifu is a tough game, it’s fair to say. It takes a while to get used to its parry-reliant gameplay – to the point that the game it most reminded us of was FromSoftware’s Sekiro. Its rogue-like approach to each mission demands patience, and a mastery of its mechanics that simply won’t come until it’s beaten your face into a pizza-like pulp a few times. The first wall comes early, too. In your quest to avenge your Sifu’s murder, you’ll be going after five high-level martial arts masters, beginning with the Sifu Botanist enemy,.

This green-fingered face-slapper is, to put it mildly, a pain in both arse cheeks. The problem is that he’s fast, hits hard, and has a second phase – a fairly rare thing for a first boss. But luckily for you, we’ve spent time putting our face in the way of his foot in the name of science, and we’re going to help you take him down. 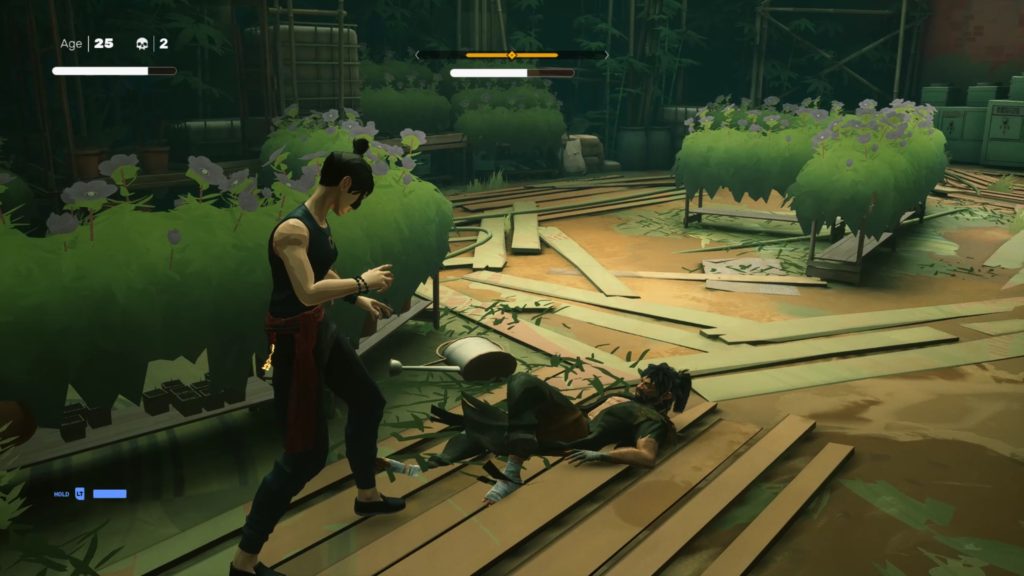 Initially, phase one is daunting on its own. The Botanist moves incredibly fast, and seems relentless in his attacks. He’ll block yours, and dodge most projectiles if you mistime your throw. However, take a deep breath and approach this phase calmly, and it’s actually very easy.

In the first phase El Botanisto has only one really damaging attack. He will leap from rack to rack, and then drop heel-kick you which staggers you and deals massive damage. When he launches it, simply hold block. You can dodge it, in which case he’ll follow with a roundhouse and catch you if you’re not quick. A perfectly-timed dodge while blocking will leave him open, but honestly, you can tank this attack just by blocking it.

For some extra damage in this phase, bring in a weapon from the encounter before him. Now allow him to come to you. He has two combos here, one high and one low. Hold block, and dodge accordingly. It takes a few times to get the hang of his tells and the timing, but if you dodge his sweep (LB+Up) and then immediately dodge the roundhouse (LB+Down), you’ll stagger him. Now hit him with a full combo and he’ll go down. Hold B to punish him on the ground. His high combo is the same: duck the first two kicks, dodge the glowing foot kick, and counter. Once you have the timing down, this phase is actually super simple. 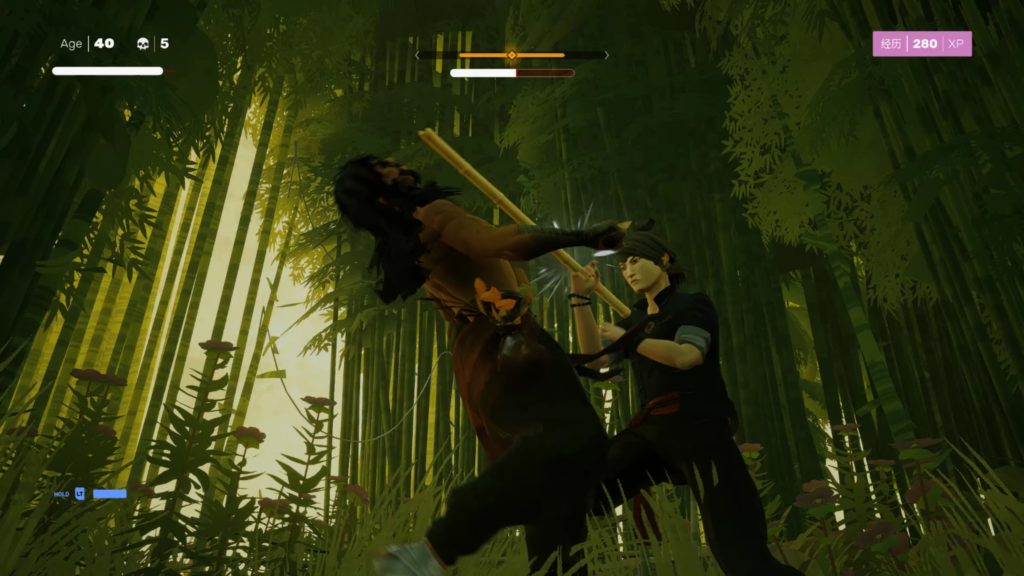 The second phase, however, is a real pain. He’ll rip off his shirt and grow a forest of bamboo around you both, into which he’ll spring. You’ll get a heartbeat’s time to react when he comes flying out of the bamboo to deliver his most devastating attack – but this is how you punish him.

Hold block, and dodge to the side right as he is about to hit you and he will stagger. Do not dodge backwards – Sifu has an annoying habit of ignoring hitboxes and character range and he’ll magically just get you anyway if you try for distance. Go sideways, stagger, and counter. Knocking him down, again, allows a bit of ground damage.

Note that every time he leaps out of the bamboo, a stick will appear somewhere on the ground. Find it and grab it. You can throw it with RB to break his combo BUT you must throw as The Botanist is mid-move. If he is standing still or walking, he will dodge it every time. You can break his combo using a Focus attack, but you’re only likely to get one, maybe two, per attempt.

His combos are tough to avoid, but you can LB dodge every move if you get the timing right. We found it easier to simply dodge backwards with RT, then close in on the final move and retaliate with a combo. Hit and run, in and out, to deliver damage while avoiding his. One thing though: don’t try to block his machete swings – they will cut you anyway. Duck or spring out of the way. 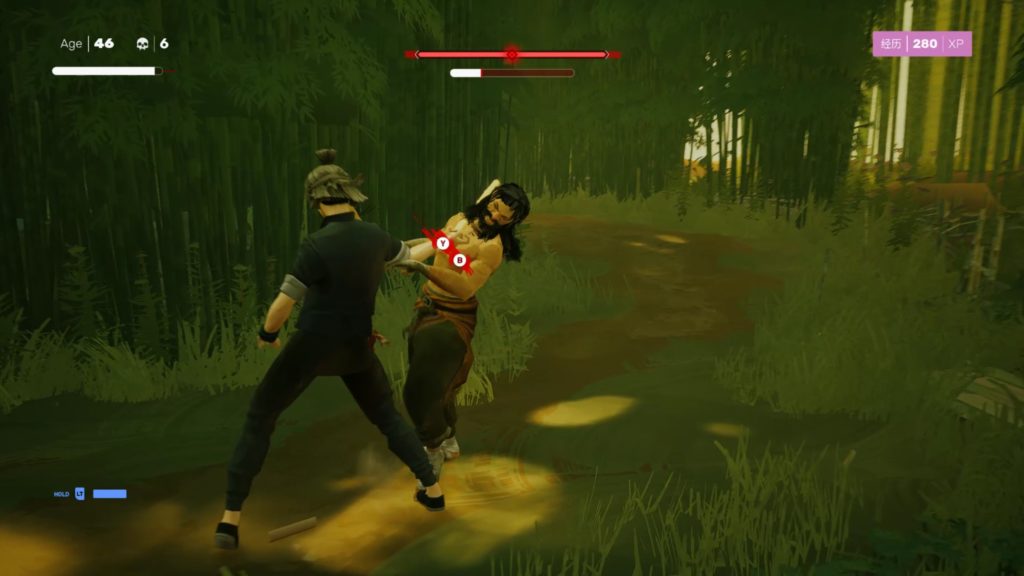 While on your way to him, focus on the power-ups that increase your Structure or Structure Regain, which will help you avoid getting staggered. Optionally, go for weapon damage and durability to increase your damage output with the bamboo branches. You’ll fight enough thugs during each run back to him to unlock at least two of these – even if you take the shortcut.

Most of the skill tree is fairly useless in this encounter, although the Ground Counter is handy for a free hit if he does knock you down.

The trick here is timing and patience. Don’t wade in trying to spam hits as he will block right through your combo and he can tank direct hits to an almost unfair degree. Wait for the opportunity to dodge and stagger, and always follow up with a strong combo to get him on the ground.

There you go! With our guide you’ll hopefully (easily) defeat the Sifu Botanist!