previous
The Dawning returns to Destiny 2 with new gear, gifts and snowball fights!
random
next
The New War, the latest expansion for Warframe, launches today
0 comments

With a little polish, Sifu could kick butt in 2022 | Hands-on preview 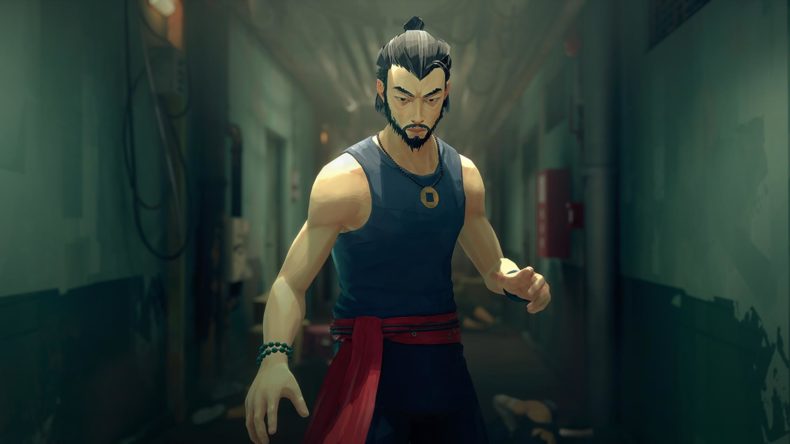 Before I get to Sifu, an observation. If you were to ask most people which video game series has the best hand-to-hand combat, they’d probably say Rocksteady’s Arkham games. There’s a lot more to them than the combat, of course, and other games have certainly done similar things with swords and axes (Shadow of Mordor, or Assassin’s Creed, for example).

What makes these systems so slick and satisfying is that, while they rely on parries and counters, they’re also contextual with the environment and lean heavily on player skill. Timing and perception are everything. Perhaps that’s why I went into Sifu expecting something similar. Based on the reveal trailers, I thought this was going to be the greatest hand-to-hand game ever made.

Sadly, based on this short demo, it is not quite that. The demo itself gives no background or reason. It begins in an apartment where the main character can interact with various things. He can examine an evidence board to read clues that will make much more sense in the final game. He can visit the Skill Tree (a literal tree in his back room, which is very cool), or he can head to a dojo to practice. 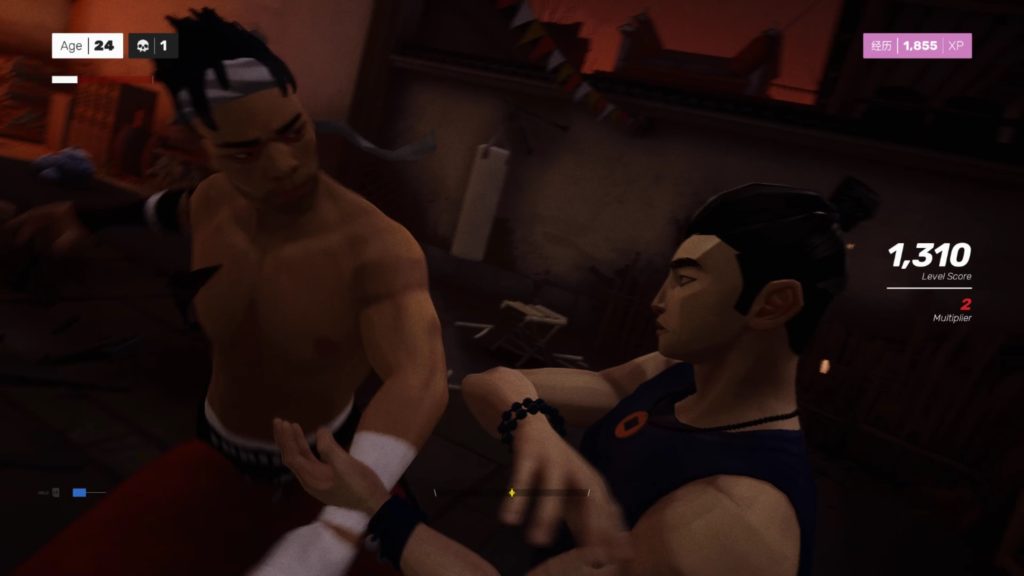 With no tutorial in the demo, I found I had to resort to this after my first foray into the available level, The Club, left me confused and frustrated. Sifu is a melee combat game, with an onus on blocking, parrying, dodging, and striking before you are struck. After spending a bit of time in the dojo, I emerged feeling not much better, but headed into The Club anyway.

Sifu looks pretty enough. The almost watercolour-like art style is eye-catching, the attention to detail in the alleyways impressive. I made my way to the club and immediately had to deal with the guy on the door. It was here that I noticed right away that something about Sifu’s combat doesn’t feel right. Block is mapped to the Left Shoulder of a controller. Hold to block, tap to parry. But either the parry window is ridiculously tight, or the game is not responsive enough.

Yes, it feels good to get a few hits in and then press Y and B together to perform a contextual takedown, because they’re brutal and cathartic. But something feels off. Tapping the shoulder doesn’t always trigger a parry, and sometimes an enemy can punch right through your block with a normal attack. Likewise, you can be mid-combo on an enemy when they just suddenly manage to start blocking, your attacks bounce off, and they counter you. 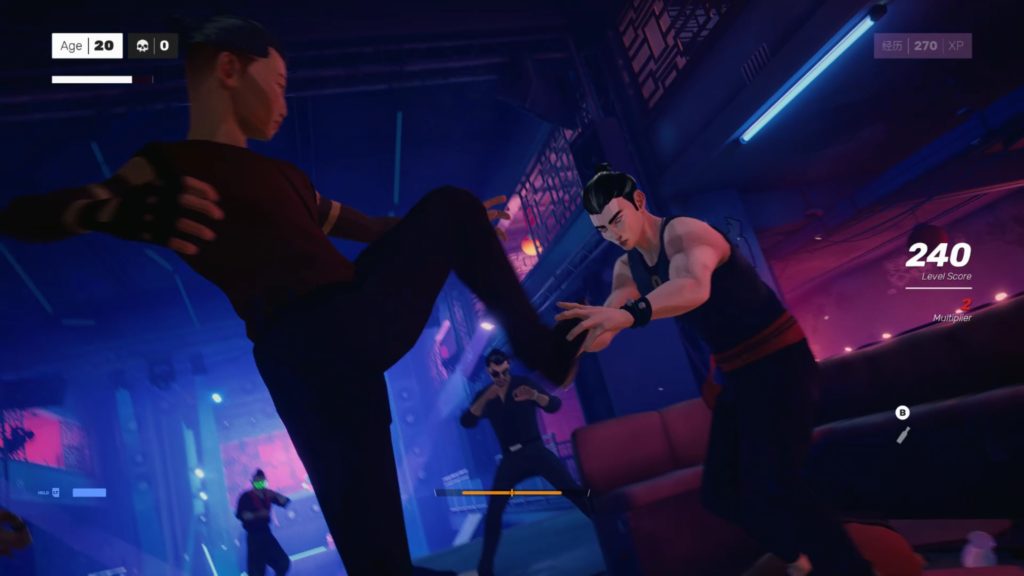 Fighting groups lacks some of the fluidity and immediacy of something like Arkham Knight. Granted, the budgets are probably very different – but this is Sifu’s entire bag. As such, it needs to be a little tighter, more forgiving, more satisfying. There are items you can interact with, such as bottles you can flick into an opponent’s face, or stools you can slide through the legs to floor them. But it’s weird that you can throw a bottle but not the glass next to a bottle. You can kick the stool but can’t use the little cocktail table.

There are moments where it feels satisfying, there are moments when you wipe out a room with no hiccups, and proceed. You can block swung weapons to disarm your opponent and then use the weapon against them, which is fun. But sometimes an enemy will wind up on their back, begging for mercy and I just couldn’t work out how to punish them when they were there. I just kept sweep-kicking them, which looks weird.

There are two boss fights in the demo, one against a woman on a disco floor which isn’t overly tough. Or wouldn’t be if she didn’t spam the same kick combo that’s hard to block because it ends with a sweep. The second is against a martial arts hard nut in the club garden, who I just found a little unfair. I beat him twice, but after he’d floored me many times. He blocks, dodges and counters more than other enemies, and things you’ve learned up to that point become almost useless. 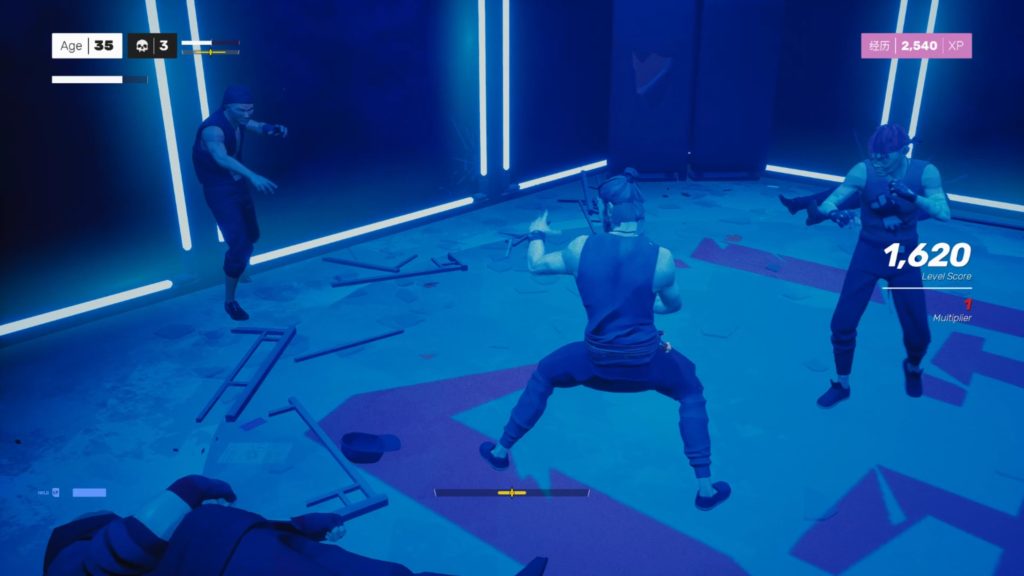 Holding LT enters focus mode, where you can strike the enemy’s eyes or perform a sweep kick. It takes a while for the meter to fill up, and then some enemies can block it anyway. At two points in the demo I was able to level up. There are three ways to increase stats and abilities, based on age (which we’ll come to), your score so far, and how much XP you have. These offer buffs such as health regen for takedowns and movement speed. You can also spend XP at the skill tree to unlock new skills such as ground parries and new combos.

Aging when you die

Each time you’re knocked down you “die”, at which point you can use your magical talisman to revive yourself. When you do this, you will age by an increasing number of years. Eventually you’ll be an old man, at which point you’ll run out of years and will have to start again. It’s a strange mechanic that may well have some context in the full game. I really hope it does, anyway, otherwise it’s just a bit bizarre to start a fight as a 29-year-old and end it in your sixties.

Ultimately, the Sifu demo has me intrigued more than excited. It needs a bit of balancing and tweaking, certainly more work done to the parry windows. There’s potential here, in the story it will tell and the world it will build, but the combat is the main focus of the game and right now it’s not responsive or satisfying enough to fully get behind. Sloclap have time to fix these issues though, so I’m still hopeful that Sifu will deliver the goods in 2022.

Senior Content Editor Mick has been playing games for over 30 years and writing about them for around 12. After drifting from site to site for a while, settling briefly at the now-defunct Made2Game and freelancing for the gone-but-not-forgotten NintendoGamer Magazine, he came at last to rest at Godisageek. Mick has been a reviewer, staff writer and content editor here for some time, while also moonlighting a little for Red Bull Games. He has 4 kids, has written 2 novels, and sometimes even manages to pay a bill or two. You'll usually find him defending the galaxy in Destiny 2, battling evil in Diablo 3, or lurking in the background on Twitter. Find him there @Jedi_Beats_Tank, or on XBL (JediWaster247), PSN (Jedi_Waster) or Nintendo (JediWaster).
MORE LIKE THIS
featsifusloclap

Nobody Saves the World Complete Guide