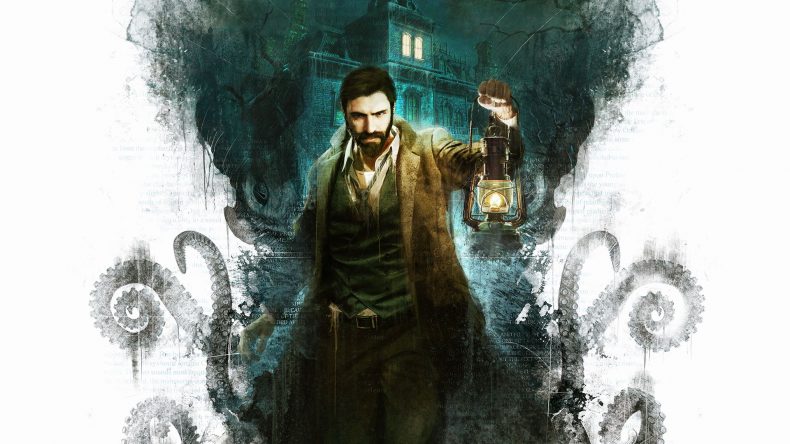 Lovecraft’s Cthulhu mythos has had its tentacles in almost every form of media out there, but games have seen a number of different approaches. Whether it be direct Call of Cthulhu games or influences seen in the likes of Alan Wake, Amnesia, or most notably, Bloodborne, the Great Old One’s otherworldly creatures and ideas have found a good home in our little hobby. Oddly, Lovecraftian horror has never really done that well in its own games, but can Cyanide Studio’s new Call of Cthulhu finally end that cycle?

You play as Edward Pierce, an ex-soldier turned private detective, struggling for both interesting cases and a good night’s sleep. A man shows up at your door, turning to you in desperation, asking you to investigate his daughter’s death. Standard fare, right? Wrong. You see, his daughter was an artist and she died in a fire along with her husband and child, the case has been closed and nothing out of the ordinary was found at the scene. So why are the police now trying to lay blame at her feet? And why did she send her father a painting, before she died? These are just the simplest of questions relating to this case, and soon Edward finds himself shipping off to painter Sarah Hawkins’ home on Darkwater island, off the coast of Boston. There is a real sense of mystery to the island and the art direction is excellent. Being set in 1924, it looks just how you might imagine: fog surrounding the coastline, a half-wrecked old whaling vessel lying on the rocks, oil lamps barely holding back the darkness, and a creaky wooden bar filled with folk that aren’t too keen on outsiders. Honestly, the first thing you’ll likely notice in all that, if you hadn’t noticed it in Pierce’s office moments earlier, is how terrible the character models look. Their vacant stares offer no glimpse of humanity and their mouths don’t so much move, instead their entire jaws flap like Trap Jaw from He-Man. Their general animation is incredibly stiff too, almost like they’re taken directly from a mid-tier last-gen game, though the textures are ok. This is on PS4 Pro too, and none of these issues were immediately noticeable on the PC preview build I played in September.

Thankfully, the environments look far better than their inhabitants. They ooze atmosphere, especially when you reach the old Hawkins mansion atop the cliff, where the game really begins. The lighting is sparse and dust motes float through any rays that do happen to find their way into the darkness within the mansion, illuminating shelves full of old tomes and spider webs.

You’re there to do a job though, so you will use your detective abilities to piece together each scene. At set points during the game, you’ll be prompted to hold both triggers and the screen will turn white. Once your vision returns, you’ll look for clues that will reveal ghostly images of what transpired, eventually piecing together the full picture, in order to progress. This works well as a storytelling device, allowing you to experience what happened and for it to affect you more, though it doesn’t always hit the mark. You might be wondering where the horror is, and you will have to wait two or three hours before it shows itself. Perhaps even longer, really, but then it turns out that Call of Cthulhu is more of a psychological detective story, rather than the horror that it initially appears to be. This is good, because the horror really doesn’t work. The way the game builds atmosphere is excellent, to the point where it basically tells you when the horror is about to show itself and that only serves to heighten the sense of dread. But when it does finally appear, the scares fade quickly thanks to a rather poor encounter that equates to nothing more than a Benny Hill-esque chase as you attempt to discover how to escape the scene.

This highlights another issue, and one that is quite significant in a game like this: the puzzles are way too obtuse in their design. One early puzzle actually allows you to literally brute force it (if you have put enough points into Edward’s strength, via the out-of-place RPG-lite character upgrade system), and a later one I genuinely had to sit and try every option, because the clues were so devoid of detail that I simply couldn’t work out the solution by myself. Now, in terms of the story this made total sense, but this is a game, so it’s just awkward design.

I would like to say that there were no more issues and that the rest of the game was plain sailing, and a lot of it was, but the early-to-mid points of the game are littered with stealth sections. We all know that first-person stealth it hit or miss, so it will come as no surprise to find that Call of Cthulhu is more miss than hit, there. Thankfully these sections aren’t very difficult, though there were a few issues with items not appearing until I reloaded my save, and even though the game offers multiple ways to complete the chapter, they all more-or-less result in the same outcome. Things improve, though. The story all the way through is as strange and psychological as you may expect from a Lovecraftian tale, with Edward finding himself forced to accept various realities as the game progresses. You will find yourself questioning what you see throughout the story, often not even understanding what the hell is going on, and that’s precisely where Cyanide’s game excels. It’s rare to see a truly psychologically affecting narrative these days, but there were moments in the second half that really had me questioning what I was seeing. It’s a shame, then, that this quality doesn’t extend to everything else in the game.

I really wanted to like Call of Cthulhu more, but its gameplay simply could not match the quality of its story. The stealth is poorly implemented and overused early on, and its biggest scare was ruined by some questionable design. It may not be the horror I expected, but it’s a good example of a psychological thriller and perhaps with a sequel, Cyanide Studio could smooth out those rough edges and give us the Cthulhu game we deserve.

A good example of a psychological thriller, and perhaps with a sequel Cyanide Studios could smooth out those rough edges and give us the Cthulhu game we deserve.