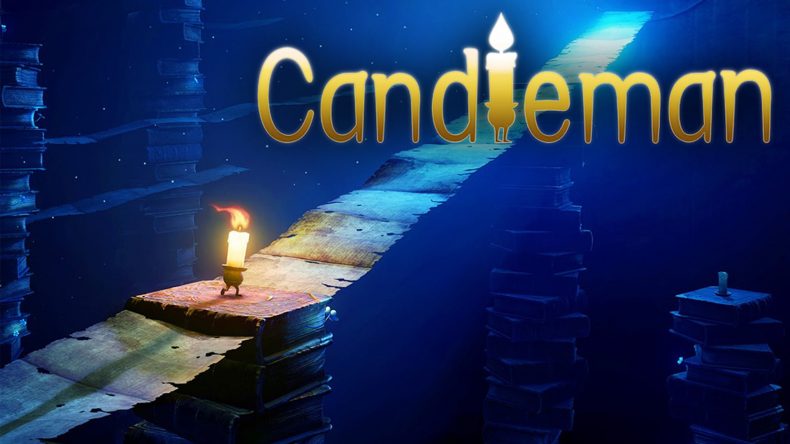 Switch Re:port covers the Nintendo Switch port/version of a game newly released on the platform. Originally released on PC, PS4, and Xbox One. Currently has a Metacritic rating of 76

On paper, Candleman ticks all the right boxes for me. You play as, well… a candle with legs. Our little friend questions what his purpose in life is: why does he eventually burnout? And why can’t he be as majestic and bright as the lighthouse that he sees out in the distance? So he takes it upon himself to figure all of it out, and this is the basic setup of Candleman: The Complete journey. It sounds charming.

The control scheme is pretty straightforward, too. You light your wick, but don’t burn yourself out, to see and navigate your way through a series of relatively short platforming levels. As you progress you can light a series of other candles along the way; some that are checkpoints, but the majority of them are ways of unlocking the next line of rhyming story dialogue at the end of each chapter. For the most part, the overall challenge of Candleman is pretty easy, and that’s completely fine. The platforming flows well considering the fact that the game is very dark for most of your playthrough. But the emotion of the story just isn’t there, sadly. It felt for the first hour that you might almost be playing a Pixar short story. The potential was there, but after what was a four-hour journey, with visuals that were merely fine, Candleman very quickly became a journey that showed all it’s tricks too quickly, making the overall experience/feeling a bit flat and oddly long. After you can return to find any candles that you may have missed, but that is all that is there regarding replay value.

Candleman: The Complete Journey is an average puzzler that seems to show off everything it has early on, leading to a flat experience overall.