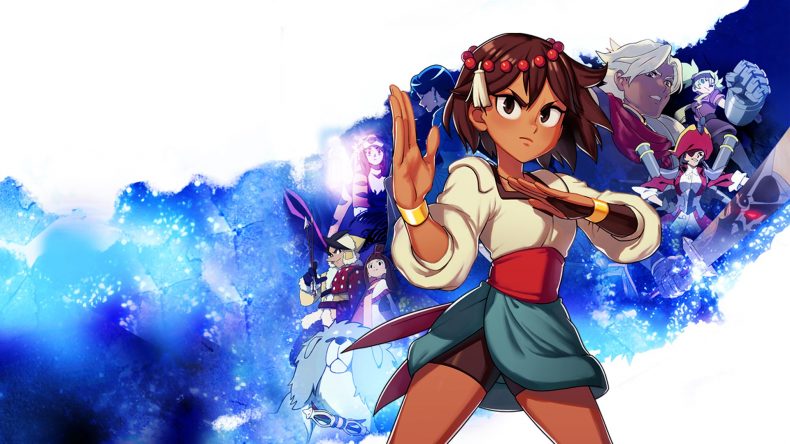 It might take a bit of time to try and explain exactly what Indivisible is, so bare with me. It’s not down to it having a complex story with myriad characters and threads, neither is it a messy concoction of ideas that are never fulfilled successfully. The thing is, I want to make sure I get it right because Indivisible is a charming game that has snippets of gameplay from a whole manner of styles that make it so unique, and ultimately an utter joy to play.

It’s not just the satisfaction in enjoying the bounty of styles that make it fun to play, but the story, too. Anja is a lovable protagonist that goes in search of those that destroyed her village, meeting characters along the way that end up forming your party. These “incarnations” become your friends, and they live in your head – kind of, it gets weird pretty quickly. You can go and visit them at any time and have a chat, building friendships on your journey. Razmi is pyromaniac that has a dry sense of humour that always brought a genuine smile to my face, and Zebei became a valued member of my team thanks to his exceptional skills with a bow and arrow. There were many others who’s company I enjoyed (Qadira and Tungar were another two of my besties), and having such an array of support meant that I was able to experiment with my party and work which four worked best for me in the heat of battle. You do a lot of fighting in Indivisible, and building your party comes from playing the game. These characters come along fairly often, so you’ll always have someone new to initiate into your team. The unique real-time combat means that each character can attack at the same time if you want, but using a barrage of attacks often leads to you leaving a hole in your defence. Almost every attack has a variant, and different enemy types have certain abilities that mean going in on them with an axe or blade just isn’t going to touch them. Some enemies need their shield breaking before you can do them any damage, and others need knocking to the ground from a launching aerial attack.

You’ll have access to soldiers, healers, mages, and types that blend different abilities together, but knowing exactly how to attack can take a lot of practice. Battles can be fast-paced which leads to you losing track of what’s going on. Thankfully, pressing the right shoulder button will slow down the action and you can take stock of where you are; who has got an attack left, and what part of your enemy you need to focus on. Some bigger targets, including the bosses, can do a lot of damage. If you aren’t smart with how you block, you’ll find that your health reduces drastically. One way to block successfully is holding down either the character’s attack button (if the enemy is focused on them), or the left shoulder button when they do eventually attack. One enemy might simply charge at you and slash at you once, one might unleash a flurry of punches, and some of the bigger beasts mix it up and force you to block in different ways with every attack. Timing is everything, and if you’re successful you’ll barely feel a thing, but it takes a lot of practice to master combat patterns, and it’ll either leave you flustered wanting to give up, or content, feeling like a Shaolin master.

Another feature that makes Indivisible’s battles great is the special power you can use when you’ve had a succession of attacks that manage to land. By pressing the right shoulder button when the gauge is glowing, you can select a character in your party to unleash their special power. This might be an attack that does a lot of damage, or an opportunity to return the health to the entire party. Failing to block can clear out the gauge, so balancing your attacks and making sure each strike is successful means the gauge will fill up much faster. Between the battles you often take part in, Indivisible is a platformer where you end up using different techniques to find your way around the beautifully hand-drawn environments. Progression rewards you with new weapons and skills that allow you to reach areas you couldn’t before, much like a Metroidvania title. There’s an axe you don’t have straight away that can be used to break down doors, as well as a bow and arrow that will shoot and stun various enemies.

The map can be checked whenever you want by “looking up”, which is a huge help because it shows you where every Shrine is, allowing you to save the game fairly often. You don’t always need to enter into a battle; the game lets you jump over certain guards or monsters so you can simply explore or reach the next big story beat, but you won’t improve your stats or level up if you’re not prepared to fight. Health can be improved by collecting certain flora, and your powers can be improved if you look out for certain gems. There’re plenty of hidden areas in Indivisible so it’s always worth exploring every possible spot on the map. Reaching new areas rely on you using your axe to pull you up, and getting to grips with it take a while to master, but that sums up what Indivisible want you to do: learn the basics, then perfect them.

Indivisible combines two popular styles and blends them perfectly to create a unique and exciting game. Combat is rich, begging you to experiment with the different character’s abilities and styles, and the platforming is refined, allowing you to explore every inch of the world with fluid and responsive controls. Calling it an RPG-Metroidvania hybrid is unfair, and I hope the explanation of exactly what Indivisible is means you’ll go out and try it, because it’s certainly worth getting lost in.

Indivisible is a wonderful blend of RPG and Metroidvania that has exciting battles and a world ripe for exploring.