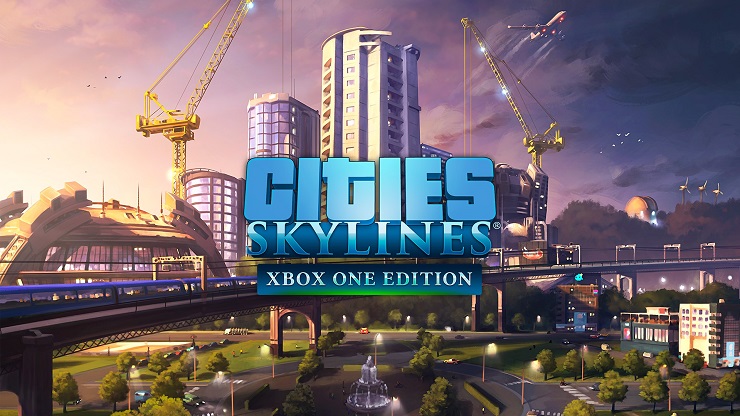 It has been more than two years since Cities: Skylines released and took over the city building genre. I can’t imagine anything out there right now that comes close to Cities. There’s a lot of good news and some bad news with this port from Paradox Interactive and Tantalus Media.

This generation has seen a lot of PC only games or genres that were PC specific like CRPGs make their way to consoles. In recent years, the likes of Wasteland, Divinity, Tropico, and even Diablo have made their way to both PS4 and Xbox One. So when Cities: Skylines was announced, I was pretty excited to play it on Xbox and see how the interface and gameplay transitioned to a controller. Some games get it right like Divinity: Original Sin while others don’t scale as well in the case of Wasteland 2. Controls are great for the most part. I recommend just spending the first hour or so just getting used to the controls here. You will be using the analog sticks and d pad a lot. Zooming happens with the triggers and after a little while, everything feels natural. Well, outside of the fact that there’s no quick access to inspect (I couldn’t figure this out). When you start out with just a blank slate more or less, even just moving around to place roads will be a learning experience. Thankfully the tutorial is detailed and there’s always a popup to help if you’re stuck.

Building your city is a lot of fun but you need to keep a lot of things in mind. You have to think about water and electricity and this will require thinking about piping under the roads or city and more. I recommend enabling the unlimited money and resources toggles for your first attempt just so you can get a grip on things without worrying about money. This disables achievements, but is a welcome option for people who don’t want to deal with that aspect. Since this release has the After Dark expansion, you get to see day and night cycles, and it is a great feeling seeing your city bustling with activity in the night as you zoom in up close.

Whenever you build something or make a major change, there’s a ticker on the top where people basically tweet their thoughts. There’s some humour in these messages but they also mirror the thoughts of people living in your city. You can make changes to the tax structure and more if you have income issues and there are also options like legalising marijuana to raise happiness. Having played Democracy 3 before this, I absolutely love seeing things take place in real time more or less when I screw around with the in game systems. While the controls are intuitive and great, the visuals could use some work. I wish the overall look was better. There are some low resolution textures or just plain bad looking things. When you zoom in however, the situation will be hit or miss. In some cases I was in awe at the details and how much I could get up close, but others had me immediately zooming out. Performance is mostly good, but the frame rate is erratic. If you are sensitive to framerate, the unlocked framerate here might be a turnoff as it fluctuates a fair bit when you zoom in and out and pan the camera.

Zooming into the city to check out buildings is fun because you suddenly hear a city come alive. This reminded me of playing with toy trains as a kid and always wanting a large set but never having the space for it. I’d love a train simulator like this, but that’s for another article. The music is pretty forgettable even though it tries to remain subtle. One big flaw for me is the lack of a fast forward option. While you can pause time, no option to fast forward time is annoying. This is present in the PC version of Cities. I also wish the visuals were higher quality. For a game that runs on almost any computer, seeing these visuals on Xbox One is disappointing. The frame rate tanking on zooming in and panning is another issue that will hopefully be fixed soon.

If you’ve missed the glory days of Maxis or just want a great time sink on Xbox One, Cities: Skylines will deliver in spades. I hope they fix some of the performance issues and add the remaining DLC because this is a great version of one of the better games to release in the last few years.

Some performance issues
No fast forward
Missing some DLC

Cities: Skylines is a blast to play on Xbox One, but I wish they hadn’t left out the fast forward feature and also added the other expansion that are available on PC to this release.

You may also like
cities: skylines xbox one edition