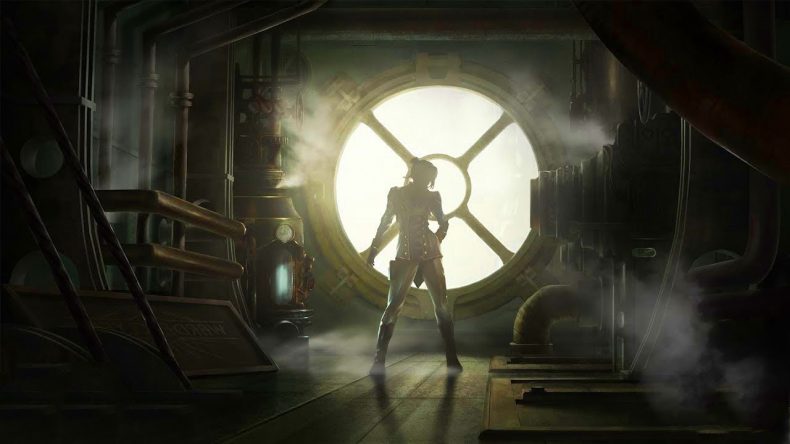 Crafting an environment worthy of exploration can be a tough egg to crack when it comes to video games, especially when you’re limited to moving through it with no weapons or mechanics. You find a new area, read the clues, and check out the view. Narrative-driven adventures like Close to the Sun require an excellent grasp of pacing and story beats to work in tandem. If an area becomes dull, or difficult to move on from, you need to be shoved in the right direction. Luckily for you, Storm in a Teacup know exactly how to do this. Whilst it is a slow-paced adventure, you’re rarely bored when exploring the ship Nicola Tesla created, one the size of an entire city.

For the majority of Close to the Sun, you’re drawn in to the majestic decor and grandeur of the Helios, Nicola Tesla’s hideaway for the world’s greatest minds to create without hindrance from world powers. It is an alternate history that sees Tesla achieve his goals without anyone else to compete against him. He is a God, and his science has become a revolutionary power within the world. However, without limitations, his great mind has paved the way for some incredibly dangerous and morally ambiguous inventions – inventions you get to see first hand. You play as Rose, an investigative journalist who received a call from her sister who is aboard the Helios. From the moment you arrive, it’s clear that something is seriously wrong, with the word ‘Quarantine’ written in blood on one of the walls. Whilst Close to the Sun isn’t an out and out horror, there’s plenty done right to make you feel uneasy, and it does so well until you begin to become desensitised to it. It utilises those eerie moments when silence fills the air, and you hear a creak or a misplaced noise. The music isn’t constant either, but it is used very well in making you feel uncomfortable.

Much of your time spent on the Helios is taken up by reading through paperwork, finding clues, and solving puzzles. The amount of effort put into building this world is sublime. Every little shred of detail on the Helios is a testament to what Storm in a Teacup has crafted, and I found myself being drawn into this creepy and often messed up tale of the ultimate power struggle. You start to understand how Tesla’s rivalry with Edison affected him, as well as seeing the incredible creations that his discovery of electricity has led to. Puzzles aren’t particularly challenging, but they can be clever. In your exploration of the Helios, you may see a passcode scrawled on paper that could come in handy, or something else that may seem like it’ll be useful. An obvious comparison made a 1,000 times already when it came out on PC was how much it looked like Bioshock. Whilst the similarities are clear, it’s more a case of it wearing its influences on its sleeve. There’s no shooting (no weapons at all) and what gives you a sense of vulnerability is your inability to fight back. You don’t get to use a knife or gun, and the only form of defense is running the hell away (more on that shortly). You’re only real weapon is your intelligence, and if you don’t want to get caught you need to think fast and use your brain to solve the next puzzle efficiently.

The voice acting is superb throughout Close to the Sun, whether it’s listening to Rose’s internal monologue, or her chats with various characters on the radio (Aubrey for the win, FYI). It’s just a crying shame that the game’s tension unravels during the frustrating chase scenes. Thankfully there isn’t a lot of them, but running away from these enemies can be incredibly tedious, especially when you think you’ve entered the correct button prompts. Load screens when you fail add to the annoyance, and all in all they take you out of the enjoyment and atmosphere quite a bit. Whilst there isn’t much life aboard the Helios, the segments that show you incandescent silhouettes portraying moments from the ship’s inhabitants help to breathe a sense of life before the accident into the game, much like Tacoma did. There are a lot of specific design choices within the game that make it so interesting that you never grow tired of exploring.

Close to the Sun features some of the finest environments ever seen in a walking sim, and even though it can move along slowly, you’re rarely bored. The story is fantastic, with a fresh take on history that constantly delivers with each story beat, and audio design that adds to the eeriness of Rose’s time on board the Helios. Unfortunately, the chase sequences are pretty awful, and by the end you’ll have come acclimatised to the horror, but it is still a fascinating game that will keep you interested.

Close to the Sun is a smart narrative adventure, but some of its elements ruin the tension of its well-crafted world.