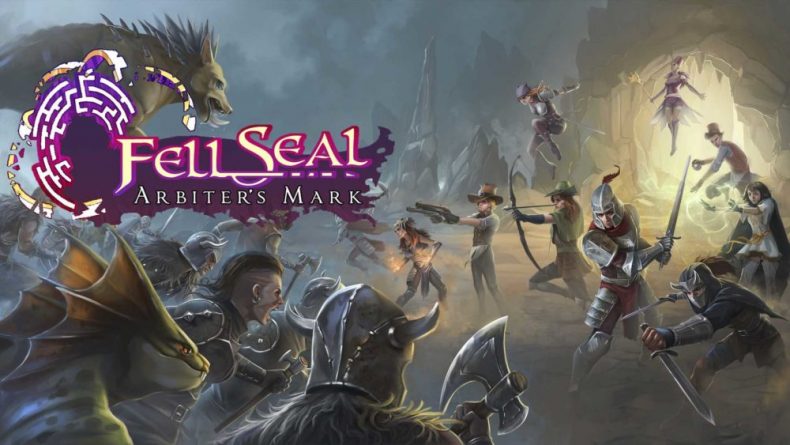 The moment I picked up and played Fell Seal on the Switch, I fell in love with its visuals. Colourful sprites and interesting worlds started to unfold in front of me, reminiscent of its clear influence: Final Fantasy Tactics. As much as I enjoyed looking at the world created by 6 Eyes Studio, I found that the combat became repetitious the more I played through it. There’s so much customisation on offer that it manages to stretch out the variety and fun in the turn-based title, but there were times when it did begin to grate on me. Saying that, the amount of strategy you can put into each battle does make for some tense fights, and making important decisions will be the difference between success and failure.

There are base classes like Ranger, Mender, and Mage, but there are also plenty of side classes that help to give each character in your party a definitive edge. You’ll spent plenty of time combining classes to give you different abilities, and whilst progressing the story introduces new ones as you play through, the repetitiveness starts to take over. Each battle feels relatively similar, but there are variables to differentiate them. If you don’t keep an eye on certain areas of the battlefield, you may find an influx of additional enemies to fight against. Fell Seal: Arbiter’s Mark features some nice touches to make battles more than simply choosing which attack or action to undertake. You can use various items to help heal, damage, or rid a character of debuffs, and they all replenish after each battles. In a way to make you care about your characters, fallen teammates will suffer an injury if they lose there health, leaving you down on your luck and without a friend. Due to the mixing of classes, you can have some truly powerful assets in your offence, and the better you do, you’ll level up your characters so that your base stats (health, strength etc) improve.

It’s a pretty game that looks like all those old school sprite-based games, such as Suikoden and FF Tactics. Environments are bustling in detail, and the grid-based areas look right at home on the switch. The writing is pretty good, even if the story doesn’t seem to go anywhere new. I liked a lot of the characters, and started to care greatly for my rag tag bunch of warriors. You can also create new characters and customise them fully, from hair colour, outfit, and avatar. 6 Eyes Studio have given the player a lot of freedom to help personalise their journey, and it certainly helps to combat the repetitive nature of the fights. As overwhelming as it can feel when you first start, just playing and experimenting is key to enjoying what Fell Seal: Arbiter’s Mark has to offer. As well as the class customisation and opportunity to add active and passive abilities to your characters, you can also craft new weapons, armour, and items instead of spending all your coin to buy new ones. Learning how to play is straightforward, but a lot is thrown at you from the start. Thankfully, the tutorial is pretty useful, so if you’re new to these types of games, it won’t take too long to get to grips with the gameplay.

The story takes place across a map, and you journey from one area to the next taking part in battles, some of which you don’t have to partake in, but it’s important to grind for materials, money, and new allies. It all depends on whether you enjoy the turn-based battles enough to play through the ones that aren’t necessary for the progression of the story. It helps that the score is also lovely, and the fantastic work Jan Morgenstern has done on the music is on full display. If you’re a fan of those tactical RPGs of old, Fell Seal: Arbiter’s Mark will be right up your alley, with fresh takes on old formulas and some lovely visuals. It can be daunting at first, and battles can get repetitive, but it’s a lovely game to take with you on the go, and the ability to save between battles means you can fit a few in between your daily commutes. If you’re a fan of a satisfying combat cycle who enjoys a detailed customisation system, this game is definitely for you.

Repetitive battles
Overwhelming in the beginning

Fell Seal: Arbiter's Mark is a wonderful throwback to tactical RPGs of old, featuring tons of customisation and strategical options to play around with.