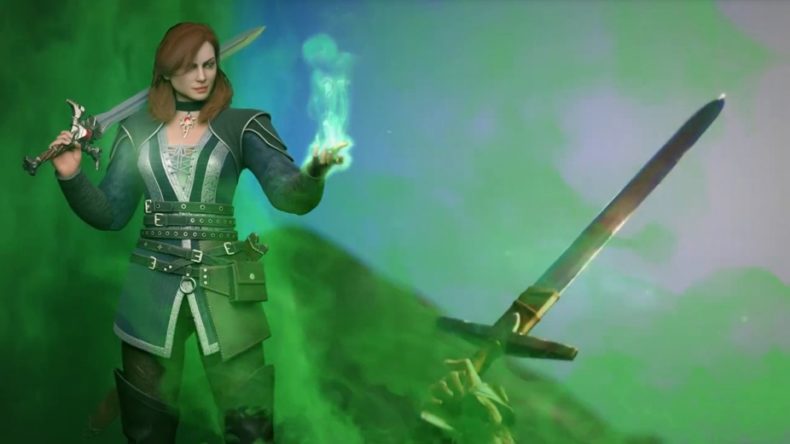 Today, 1C Entertainment and Prime Matter have revealed the third playable character for King’s Bounty II, a human paladin called Elisa. Born in Lorian and raised as a peasant, Elisa is on a special mission to save everyone from Nostria. It has been almost a decade of civil war in Lorian. During a clash between farmers and mercenaries, Elisa acquires magical abilities to help her fight the enemy.

After being chosen by her people, Elisa heads to the Universal Assembly and asks the king to recognise her as legate on behalf of her people. In doing so, it’ll grant her access to military resources and other means of establishing order in Nostria. Elisa follows in the footsteps of the second playable character announced recently as Katherine.

King’s Bounty II: Our thoughts on it so far

We here at God is a Geek were fortunate to play the game in a preview sense last month. So far, it looks to be shaping up nicely. There’s a lot to do, but the test will be to see if it lasts. We said, “The 10 hours flew by, and I was a bit disappointed when I realised I’d done all I could before having to travel to a locked area that will open in the full game. Its combat is deep, as is its Ideal system which is fused into its entire world. The narrative is intriguing and some of the individual missions have been interesting and have some standout moments.

As with all openers, the key will be in how well the experience translates over a longer timeframe. It’s important that the quality and variety sustain themselves throughout the whole adventure. But there’s plenty on display already to fill me with the hope that this could be a really engaging adventure.”

King’s Bounty II releases on August 26 for PS4, Xbox One, PC, and Nintendo Switch. You can watch the announce trailer below: