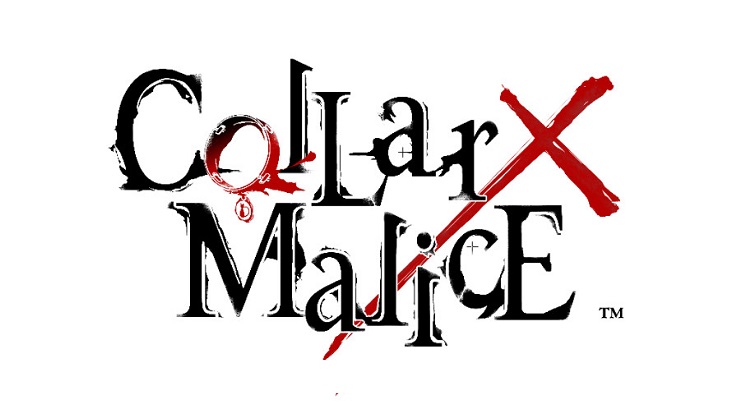 With each passing month it feels like we’re getting more and more visual novels in the West. I feel like I get an email almost everyday for a new one releasing on Steam or in a few cases PlayStation platforms. It is great to see more people playing these games because given a choice, I’d rather read a visual novel than read a book for the same topic. The Otome sub-genre in visual novels is probably a niche in a niche. These are stories tailored towards a female audience.  Collar x Malice is the newest localised otome game and we’re still fresh from the last one.

Shaking things up is very important for any developer who is known for making games in a single genre. I love how Otomate try and make each of their games feel different even as visual novels. Collar x Malice feels more like a thriller detective experience than a pure otome game. It also has a lot of decisions of various types that affect the route and in turn endings you can get. There are multiple bad endings, bullet sections where you have a QTE to either win or lose, ace attorney-lite investigation sections, and more. You need to also accomplish certain tasks and get certain endings before unlocking the best one so replaying is encouraged, but that’s par for the course in visual novels. You play as Ichika Hoshino who is a young police officer in Shinjuku. Shinjuku is basically under quarantine right now thanks to a terrorist organisation called Adonis. On April 1, a video was shown off where Adonis members spoke with garbled voices letting the people of Shinjuku know that they want to cleanse the place and are taking things into their own hands. After that day, each month a new murder or set of murders take place on a day with a Roman numeral left at the crime location. These numbers are counting down and the government has ordered the city to be closed down from all sides to make sure things don’t spread outside.

Hoshino is caught in all of this during the ongoing investigation when she (you) wakes up with a collar around her neck after being kidnapped and drugged by Adonis. This collar can kill you and only a few people can know about it. Some decisions you make affect trust and affection of your potential bachelors while others contribute more towards the actual mystery of the main story. There are quite a few texting and phone call related choices as well which again affect your progression. Seeing both the protagonist and her love interest develop over the course of each route is great and it feels realistic in a fictional setting.  Expect to spend more than 30 hours with your pals in Shinjuku if you want to see everything and get to the bottom of every mystery. Otomate is no stranger to great looking characters and background art. What sets Collar x Malice apart is how well they managed fitting everything into a small set of colours to reflect the mood and tone of the game. This stylistic choice extends across the board and even manages fitting perfectly with the music. The soundtrack is fantastic. There’s loads of tension in the tunes and even with some of it playing on loop for a while, I was never bored. There’s a nice album section that lets you listen to music unlocked, watch previous scenes, listen to your love interests introduce themselves, and two other things that relate to the story.

My only major complaint with this release is the errors in the text. There’s typos and even a situation where the wrong name is used in a conversation. For a game that’s core purpose is delivering a story through a lot of reading, this is a problem.

Instead of just being a typical love story or something that adds some superficial narrative over one, you will always be working towards surviving while finding the truth here. The love interest bit is something that just happens to be a part of the experience. I definitely want more of these kinds of games from the developers. Otome fans who are looking for a pure romance experience best stay away from this. For everyone else, it is worth a read.

Collar x Malice is one of the best otome visual novels I’ve played with lots of things to shake up the formula for the better but some typos in the text sour the experience.

Collar X Malice will release on PlayStation Vita this Summer